Sunday environmental round up, 20 December 2020

We finish the year with suggestions for getting the COP process back on track, delays to the federal government’s plans to get the Environment Protection and Biodiversity Conservation Act off track, confirmation that Australian coal does produce less CO2, and graphs showing the healthiness and cheapness of solar power. Best wishes for Christmas. Back on January 17th.

The COP26 climate change meeting should have been held in Glasgow recently. For obvious reasons it has been delayed until early November 2021. Manuel Pulgar-Vidal, former Minister of Environment for Peru and COP20 President, is critical of the progress that has been made at COP meetings since the Paris Agreement was signed in 2015. He believes that the national delegations need to lift their game in Glasgow and has identified six priorities:

The significance of Pulgar-Vidal’s list is that all the items are dependent on the nations working together to solve these issues during 2021. The success of Paris 2015 was largely down to the work of the UNFCCC Secretariat and the French government in the year or two before the conference rather than the climactic fortnight in December. Climate-wise, the Australian government has enjoyed a charmed four years under the wing of the equally mendacious Trump but that may be about to change and Australia may come under strong international pressure during 2021 to develop some meaningful targets and strategies. It’s possible that with Biden in the White House the USA and China will put their hegemonic squabbles to one side and join forces (with Britain, the EU and some Asian countries tagging along) to bully the rest of the world into taking the climate and biodiversity crises seriously. Would Morrison have enough political capital within the Coalition to join a Biden-Xi gang during 2021? Would he even want to join?

Sometimes, no news really is good news. And so it is with the government’s plans to introduce a new Environment Protection and Biodiversity Conservation (EPBC) Act. The Bill was passed in the lower house some weeks ago but has been held up in the Senate, with Senators holding a rapidly convened enquiry. The government still hoped to have the Bill passed by the Senate before Christmas but did not introduce it before the final sitting day because three crossbench Senators (Griff, Patrick and Lambi) have said that they will not vote for the Bill until Professor Samuel’s final review of the EPBC Act has been made public. How unreasonable of them – wanting to see the outcome of a legislatively-required review  of the existing Act before they are prepared to approve a new one. Who do these Senators think they are!? Anyway, Samuel gave his final report to the Minister on 30 October and the Act requires that it be laid before each House of Parliament within 15 sitting days, which will be early February 2021. None of this means that the government’s disastrous plans to delegate responsibilities to the states and territories will not come to fruition next year but at least the government has not yet been allowed to trash the Act.

‘Australia’s coal produces 30 per cent fewer carbon emissions than Indonesian coal and 70 per cent fewer emissions than Indian coal’ claimed the online advert I screenshot and published a couple of weeks ago. But where did that frequently heard claim originate and is it true? Turns out that Malcolm Turnbull first gave the ‘ours is cleaner than yours’ claim an airing in October 2015 when he was introducing Alan Finkel as the new Chief Scientist. Turnbull said ‘So if Australia were to stop all of its coal exports it would not reduce global emissions one iota. In fact, arguably it would increase them because our coal, by and large, is cleaner than the coal in many other countries.’ The ABC fact checked this claim at the time and, although it’s a complicated story involving all the stuff that is found in coal other than combustible carbon (for instance, water, ash, volatile gases, sulphur and heavy metals), the bottom line is that ‘Australia’s coal is on average high quality as a result of its low moisture and ash content, and high carbon content, compared with other countries, particularly Indonesia. As a consequence, less Australian coal is needed to generate the same amount of energy, leading to lower carbon emissions by weight compared with coal from other countries.’ So, it appears that there is some truth to the claim that Australian coal contributes less CO2 to global warming than some other countries’ coal. Not sure where the 30% and 70% came from though. (Since I wrote this, our current Prime Minister has asserted that China is making a mistake by not buying Australian coal because our coal has 50% fewer emissions that other countries’ coal. Not sure where the 50% came from, maybe it’s the average of 30% and 70%. That would probably satisfy a marketer.) 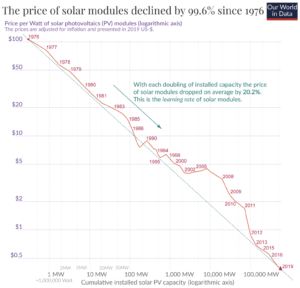