Sunday environmental round up, 20 September 2020

One in four chance that global warming will exceed 1.5oC at least once in next five years, and floods, water scarcity and food insecurity are set to create more displaced persons. Climate change is one of seven factors increasing the likelihood of another pandemic. Killer cats!

The World Meteorological Association has coordinated the production of United in Science 2020, which presents the latest scientific data regarding climate change, projections for the future and an assessment of the functioning of the Earth system – all in 24 pages and including some great graphs and figures. Just to whet your appetite:

The report’s main messages are summarised in the graphic below. 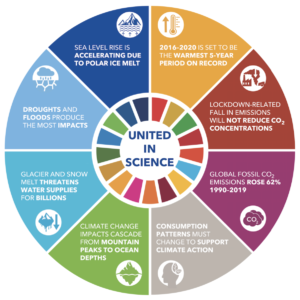 The histogram below is taken from the Global Peace Index 2020. Measuring Peace in a Complex World (page 73). It clearly demonstrates that for every year since 2008 the number of people displaced by natural disasters has exceeded the number displaced by conflict. The totals displaced in the 2008-2017 period were about 250 million by disasters and 70 million by conflict. Natural disasters have more than tripled since 1980, with storms and floods leading the way. The report estimates that by 2050 climate change will create an additional 140 million migrants in sub-Saharan Africa (86 million), South Asia (40 million) and Latin America alone as water availability and agricultural conditions deteriorate and food insecurity (already a problem for a quarter of the world’s population) increases. By 2050, 27% of countries will experience catastrophic water stress and 22% catastrophic food stress. Countries and regions that are developing economically and have high population growth and low levels of ‘Positive Peace’ (attitudes and institutions that create peaceful societies) are most at risk of threats posed by droughts, floods, sea level rise and possibly conflict (‘Negative Peace’). 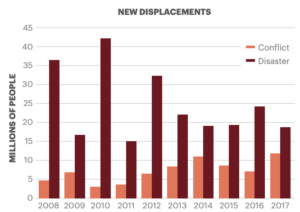 In terms of overall peace (measured in terms of the presence or absence of war, violence and the threat of violence), the safest countries are Iceland, New Zealand and Portugal; Australia creeps into the ‘Very high peace’ group at thirteenth. You only need to pay attention to the news for a week to get a good idea of the many places to avoid at present (pages 8 and 9 of the report). Overall, the world has become less peaceful since 2008, which is not good news for the ability of many countries to cope with climate change and its associated natural disasters, or prospects for avoiding further conflicts.

A report from the UN Environmental Programme, Preventing the Next Pandemic, identifies seven human-mediated drivers of the emergence of new zoonotic diseases such as COVID-19: 1) increasing human demand for animal protein in developing countries, 2) unsustainable agricultural intensification (e.g. factory farming of genetically similar livestock, plus antibiotics and poor disposal of waste), 3) increased use and exploitation of wildlife, plus increased wildlife-human contact, 4) unsustainable use of natural resources particularly involving urbanisation, land use change and extractive industries, 5) increased travel and transportation, 6) longer, more diverse, not always well controlled food supply chains, and 7) climate change creating wetter, warmer, more disaster-prone areas where some infectious agents and vectors (e.g. mosquitoes) thrive and some animals, including humans, become more vulnerable. The report makes is clear that while pandemics affect everyone, the greatest burden is borne by poor people and poor nations. Policy recommendations for preventing the next pandemic focus on more research, greater awareness, better regulation and monitoring from farm to fork, reduced destruction of land and marine wildlife habitats, and widespread adoption of the One Health approach.

Cats were introduced into Australia on the First Fleet. Within 70 years they had colonised the whole of the big island and Tasmania. They have done untold damage to Australia’s fauna ever since. Cats are total carnivores and even domestic cats are opportunistic killers. Worldwide, they have been significant contributors to the extinction of 2 reptile, 40 bird and 21 mammal species and now contribute to the risks posed to 360 threatened species. The Australian numbers are staggering. Cats have been the primary contributors to the extinction of about 25 Australian mammal species. Currently, the approximately 3 million feral cats in Australia (75% in the bush) kill about 1.5 billion native vertebrates (reptiles, frogs, birds, mammals) and about 1.1 billion native invertebrates every year. To make that a bit more real: today and every day, Australia’s feral cats kill about 7 million native animals. Then there’s the 2.1 million pet cats that kill about 650,000 native vertebrates  every day. Cats also carry diseases to humans, livestock and wildlife. Because feral cats prefer live prey and are extremely wary, they are very difficult to eradicate but a combination of techniques including poison baits, trapping, shooting, Indigenous ranger programs and maintaining ground cover can achieve some degree of control in selected areas in the bush. Pet cats should be kept indoors at all times and desexed.

‘But there is nothing accidental or haphazard about the Coalition’s latest threat to the energy industry; the attempt to force-feed more gas generation into Australia’s main grid and the massive government subsidies promised to extend its infrastructure and open up new gas basins. It may not make much sense, on any level, but that just makes it all the more sinister. Morrison has made clear he wants the post-Covid recovery to be led by gas, and appointed gas lobbyists to direct the recovery plan.’ Giles Parkinson

‘In any other universe, recovering from one public health crisis by worsening another would spark immediate backlash. An “asbestos led recovery” would be career-ending; as would a “tobacco led recovery” or a “AK-47 led recovery”. But fossil fuels have locked their harm so deeply into our lives that we have become desensitised to this incredible, radical significance of proposing to hurt humans as a pathway to helping them. What is happening here is simultaneously deadly and ludicrous.’ Ketan Joshi

Most of the time I try not to anthropomorphise but sometimes it’s difficult not to just a little bit. These are two of the finalists from the Comedy Wildlife Photography awards for 2020. 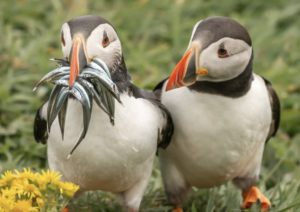 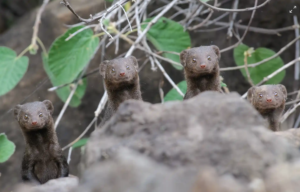