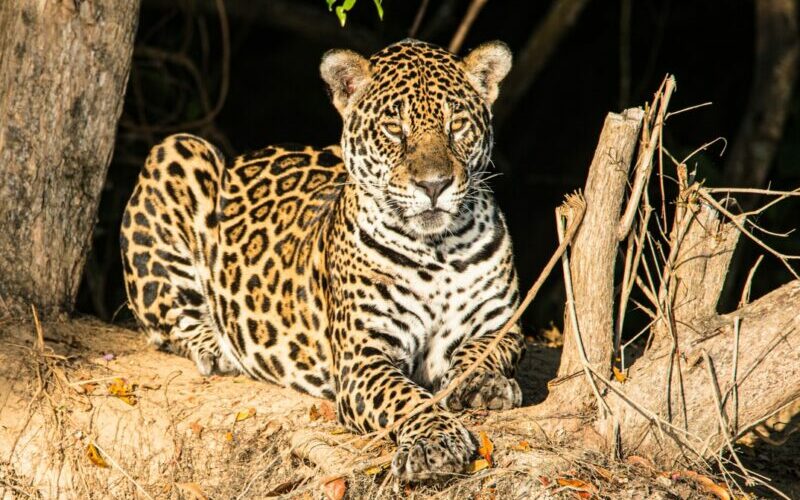 It seems highly unlikely that global greenhouse gas emissions will be reduced dramatically in the next few years but there’s a possibility that CO2 emissions will peak and plateau fairly soon. So you might think that maybe, just maybe, the rate of global warming will slow somewhat. But James Hansen suggests otherwise.

Hansen calculates that the rate of global warming will double over the next 20 years not despite but rather because the world will be burning less fossil fuel and it will be cleaner. Hansen’s logic is that although global warming has been proceeding apace in recent years, it’s actually been slower than it might have been because of the aerosol effect.

Various microscopic particles (aerosols) are emitted into the atmosphere by many industrial sources, particularly the burning of fossil fuels. The aerosols, of which sulphate aerosol is the most significant here, brighten clouds and make them reflect more of the incoming solar radiation back into space.

As atmospheric pollution from fossil fuels decreases, there will be fewer sulphate aerosols, the clouds will reflect less sunlight into space, more solar energy will pass through the clouds and hit the Earth, and the warming of land and sea surfaces will accelerate. This story is not new but the details have been somewhat vague because we have not been directly measuring the effect of aerosols on the climate.

By calculating the effect indirectly, Hansen concludes that the effect has been seriously underestimated by scientists and groups like the IPCC. The accelerated warming could result in the highly dangerous 2oC “limit” being reached by 2040. None of this represents an argument against a rapid exit from fossil fuels or against better air pollution controls. On the contrary, it’s an argument for reducing the burning of fossil fuels, the major cause of warming, as quickly as possible and being ready for the short term consequences.

The ever-reliable Climate Council’s most recent report examines how climate change affects security in our corner of the world and Australia’s negligence in tackling climate change. The key findings may be unsurprising but that doesn’t lessen their significance:

I particularly like the photos and figures in the report, for instance the figures below displaying how climate change initiated risks cascade through to transboundary disputes between nations …

… and the beautifully clear map demonstrating the dependence of a large proportion of the people of Asia on rivers arising on the Tibetan plateau where melting of glaciers and shifting rainfall patterns are significantly changing the river flows leading to flooding, water shortages and boundary tensions:

Not in exactly these words, the Climate Council’s recommendations are for the federal government to stop protecting their mates, stop behaving irresponsibly, start seriously tackling climate change and security within Australia, and increase the help we give to our neighbours.

Think of the children

The figure above compares the projected lifetime exposure to extreme weather events of children born in 1960 and 2020, assuming that nations implement their Paris agreement pledges to reduce greenhouse gas emissions. Moving left to right the events are wildfires, crop failures, droughts, river floods and heatwaves. The same modelling demonstrates that limiting global warming to 1.5oC (about half the warming that the current Paris pledges will produce) will reduce the risks by between 10 per cent (for wildfires) and 45 per cent (for heatwaves).

All these risks are global averages but the children born in 2020 in low and middle income countries will experience the highest risks over their lifetimes, as will children who are vulnerable to discrimination: e.g. girls, gay people, children with disabilities, Indigenous children and displaced children. The report, developed by Save the Children, has four principal recommendations:

Each broad recommendation includes specific recommendations developed by a reference group of 12 young people aged 12–17 years from around the world. For me, one of the most important messages in the report is: “It is imperative that children are present at this critical juncture – not as inspiration, but as rights-holders, as the most acutely affected, and as agents of urgent, necessary, and transformative change.”

And to reinforce that message, here’s a summary of the recent IPCC report on the scientific basis of climate change by two young women.

Checking in on the White Ibis 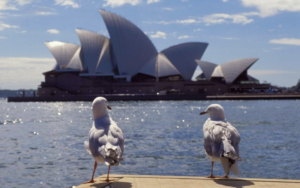 So … if there are no tourists around the Sydney Opera House, no unsuspecting chip-eaters admiring the view, and no rubbish bins overflowing with partially eaten hamburgers, are the frequently unloved city dwelling Silver Gulls and Australian White Ibises starving to death? Apparently not. Both species simply resort to more traditional foods — for instance worms and other invertebrates, fish and frogs in local parks and wetlands. The Ibis is also happy to fly 35km to the Eastern Creek landfill site to gorge on the smorgasbord of discarded culinary delights.

Their adaptability is hardly surprising as it’s their catholic tastes, adaptability and opportunism that have allowed them to thrive in the city to begin with. And while Silver Gulls are naturally coastal, spare a thought for the much maligned Ibis which has not migrated to our cities simply because it’s searching for an easier life by sponging off hard working Australians. Rather, the Ibis has become a city scavenger because humans have destroyed much of its natural wetland habitat in western NSW. Think of them not as unwelcome “illegals” but as white colonialism’s reluctant refugees.

Frans Timmermans and John Kerry, the EU’s and the USA’s top climate negotiators, were interviewed on PBS News Hour (nine minutes) on September 23. In response to some intelligent questioning, they spoke as one: the climate situation is desperate; staying under 1.5oC is still possible but now is the last chance to do it; North America and Europe have been increasing their ambition; corporations are pushing for climate action; China is heading in the right direction; and developing nations need financial and technological assistance to mitigate and adapt. Nothing new to anyone who’s been paying attention; the significance is in who’s saying it.

Everyone knows that forests in South America, South-East Asia and Central Africa are being chopped down at an alarming rate. What isn’t perhaps so well understood is that felling doesn’t always occur like an advancing wave taking all before it. Often it occurs in a patchwork pattern. The consequence of this is that the remaining forest has a much greater edge.

If you think of a chessboard, the 32 black squares have a total edge of 32 X 4 (i.e. 128 units), whereas if you put all the black squares in a rectangle at one end of the board their total edge is (8 X 2) + (4 X 2) (i.e.24 units). Unfortunately, compared with ‘core’ forest, the edges are exposed to more sunlight and wind and lose more humidity, and as a result more trees die, particularly larger trees.

The outcome is that the canopy up to 100 metres from the forest edge is less effective at storing carbon, maintaining moisture and conserving biodiversity of animals, plants and microorganisms, particularly as the distance between forest fragments increases. Almost a third of the world’s tropical forests are now close to an edge and the situation is getting worse daily, particularly in Africa.

The Australian Wildlife Conservancy’s 132,000 hectare Mt Gibson Wildlife Sanctuary is a five-hour drive north of Perth. It has exceptional plant diversity (nearly 700 species recorded) as a consequence of its location on the junction between the flora of the south-west and the vegetation of the arid zone to the north. A particularly rainy winter has triggered one of the best ever wildflower seasons this year. The photos and video in the hyperlink are well worth viewing. 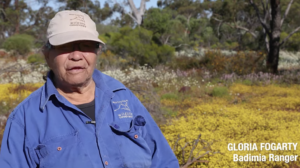 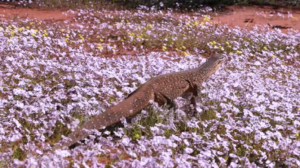