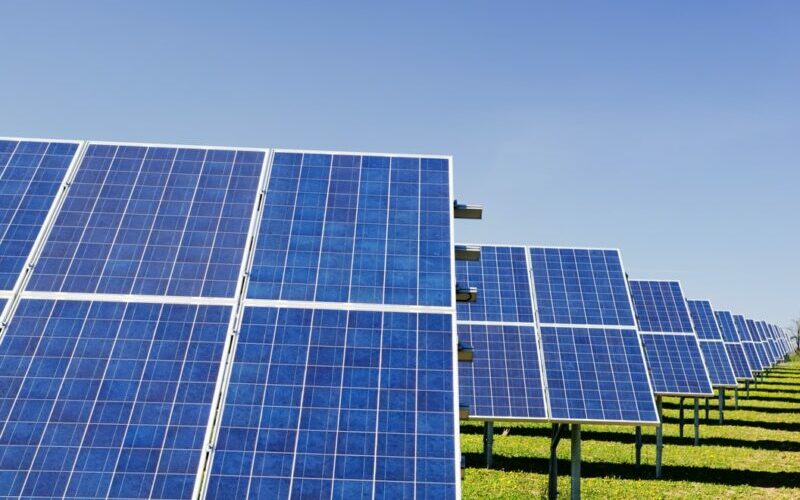 I know Scotty is a regular reader, so this week’s round up is a handy cheat sheet to help him as COP26 in Glasgow beckons.

There’s less than two weeks before the Glasgow COP meeting gets underway. If you’re unsure what it’s all about — the background, what happens, why it’s so important and urgent, the outcomes needed, where Boris gets his hair cut — the UK government has produced this short guide. And if you’d like to stay in touch during the meeting itself, there’s a COP26 YouTube channel that you can subscribe to.

I think most readers of this column will be aware that the amount of global warming (1, 2, 3 or 4 degrees Celsius) depends not on the amount of greenhouse gas we put into the atmosphere each year but on the cumulative amount of greenhouse gas that has been belched into the atmosphere over the last 200 years — principally as a result of the burning of fossil fuels, the production of cement and agricultural practices The corollary of this is that halving (say) the annual greenhouse gas emissions doesn’t stop global warming, it simply delays the inevitable catastrophe. So if we want to see which nations are most responsible for global warming, we need to look at each country’s cumulative emissions over the last two centuries, not their emissions in 2021. Carbon Brief has done this analysis for the period 1850–2021 for the emissions produced within each country (‘production based emissions’) of CO2, the greenhouse gas that persists the longest in the atmosphere.

Of the total 2500 billion tonnes of CO2 pumped into the atmosphere since 1850, the USA is responsible for 20 per cent. Somewhat surprisingly, the USA has held the number one spot continuously since 1850 — a better winning run than even the Americas Cup. China (who’ve, also surprisingly, never been out of the top seven) are now second on 11 per cent, having surged since the late 20th century. Then comes Russia (7 per cent), Brazil (5 per cent) and Indonesia (4 per cent). The UK, the birthplace of the industrial revolution, never got above third place and is now eighth with 3 per cent.

Countries have varied greatly in the sources of their emissions. For instance, the USA’s largely arose from land use change while “the West was being won” but the emphasis shifted to fossil fuels and cement in the 20th century. Indonesia’s and Brazil’s emissions have largely come from deforestation and land use throughout. The graph below shows the annual global emissions from fossil-fuels-and-cement and land-use-change-and-forestry from 1850-2021. 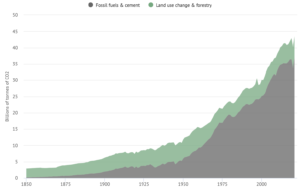 It’s noticeable that annual CO2 emissions related to land use and forestry have remained remarkably constant over the last 170 years and only since the 1950s have they been exceeded by emissions from fossil fuels and cement.

Australia’s cumulative emissions since 1850 place us in 13th place globally, responsible for roughly 1.5 per cent of the total. These emissions are fairly evenly split between land use and fossil fuels.

While there are difficulties calculating with precision the cumulative emissions per head of population in each country, the Carbon Brief data shows the USA, Canada and Australia to be top of the table, while large nations such as China, India, Brazil and Indonesia drop out of the top 20. New Zealand doesn’t come out of the per capita analysis at all well because of its extensive clearing of Kauri forests in the 19th century.

Climate Works points out that the world has less than 500 billion tonnes left in the carbon budget for any chance of staying below 1.5C of global warming. At the current rate of production of CO2, that budget will be gone by the end of 2028 and for only, a far from reassuring, two-thirds chance of staying under 1.5C.

Australia’s current emissions paint a similar picture to our cumulative emissions: just over 1 per cent of the total, placing us 15th globally. But what if Australia were actually responsible for more than this? What if we were responsible for 9.4 per cent of current global emissions? Because that’s the answer you get when the emissions generated by burning the massive amounts of coal and gas that we export are factored in. This elevates us to the podium for a bronze medal. Australia’s inaction then doesn’t look quite so inconsequential as some people like to make out. Adrian Blundell-Wignall, who conducted this calculation, concludes: “I suspect a future government dealing with the mess of climate change will probably apologise to the nation for the short-sighted leaders of today who didn’t have a plan that included our kids.” No, of course not you, Scotty … all the others.

The rich fail on promise to the poor

In Paris in 2015, the world’s rich nations committed to providing US$100 billion per year to help developing nations mitigate and adapt to climate change. The total raised has risen since 2015 but was still US$20 billion short in 2019, having hardly changed since 2018. While developing nations are crying out for more financial assistance for adaptation and for grants rather than loans, the bulk of the money is still in the form of loans directed at mitigation, mostly in the energy and transport sectors.

In parentheses, here’s a pithy quote on mitigation and adaptation: “It is adapt or die. While mitigation might save the planet, it is adaptation, preparing for climate shocks, that will save millions of lives,” (Emma Boyd, Chair, British Environment Agency).

Asian countries were the principal recipients of the financial assistance and, worryingly, our Pacific neighbours received very little of the pie, with no increase in recent years. (Only developing countries are included in each of the region’s figures in the map.)

Counting the costs of energy production

No method of generating energy is problem free but how do the environmental impacts of hydroelectricity and wind and solar compare? Only one-third of the world’s rivers over 1000 km long remain free-flowing, principally because the rest have been dammed for hydroelectricity. Current plans for new hydroelectric dams would interrupt half of the remaining free-flowing rivers in the tropics and would result in the loss of a further 260,000 km of free-flowing rivers worldwide. And yet all this development would supply less than 1 per cent of the renewable energy needed in 2050 to stay under 1.5C warming.

While some future wind and solar development will be required on land that is still natural, much of it can occur on already developed land — e.g., rooftops, reservoirs and pastures — where it would have low environmental and social impact. In fact there’s enough potential capacity for wind and solar on developed land to generate 1.6 times as much energy as needed to meet a 100 per cent renewable energy world. Although the siting of wind and solar projects requires rigorous planning and environmental assessment, it seems that their total land conversion footprint is relatively small compared with other energy technologies.

I’ve previously mentioned moves to define ecocide and have it recognised as crime by the International Criminal Court (ICC). ‘Preventing Ecocide’ is a 40-minute webinar exploring the issues from environmental, legal, financial and Indigenous perspectives. The four offences currently recognised as international crimes by the ICC all relate to other human beings, there is no crime of destroying the environment (or nature). As one of the panellists points out, our legal systems are completely anthropocentric when they should be ecocentric. As one justification for recognising ecocide as an international crime, Philippe Sands observes that “nothing concentrates the mind more of a chief executive than the possibility they may be criminally liable for something they have done“.

Ecocide seeks to outlaw, prevent and punish severe environmental destruction. Rights of nature laws, which over 15 years have progressed from the minds of demented tree-huggers to the statute books in many countries (see map below for examples), boldly assert that nature, and all its parts, is not a “thing” or an item of “property” that exists purely for humans to use. Just like humans, rivers, lakes, mangroves, mountains, forests, wetlands, animals and plants have their own intrinsic value and right to exist and are worthy of legal protection. As such, they can go to the courts in their own right (through a legal guardian) to seek that protection. Many people in the West, infused with Cartesian values, find it difficult to accord nature similar rights to humans but for many  Indigenous peoples around the world the idea is core to their existence. 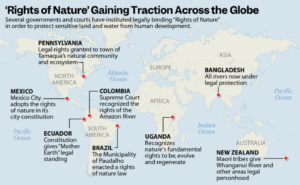 In April, Blue Mountains City Council became the first council in Australia to adopt Rights of Nature as a foundational principle to inform its planning, activities and advocacy. Good timing with the NSW government planning to raise the wall of Warragamba Dam, further endangering threatened animal and plant species in the World Heritage area and damaging sites of significance to the Traditional Owners.

The textile industry creates 10 per cent of global carbon emissions. Only 12 per cent of textile waste is recycled. Fifteen per cent of fabric is discarded during the cutting and making of a garment — in India these scraps are called katrans. Fashion designer Ashita Singhal (“There is no pleasure in wearing garments which cause pain to others“) has established a company in Delhi to turn katrans into high fashion using traditional Indian handlooms rather than the increasingly prevalent powerlooms. Singhal’s innovation and enterprise may not make the difference between warming of 1.5C and 2C and it may not change the practices of the Paris fashion houses (although she is already working with 35 designers). She is, however, making a contribution to reducing unnecessary waste; she is creating decent employment and supporting India’s diminishing handloom workforce; and she’s producing quality fabrics. All nicely demonstrated in the 9-minute video. 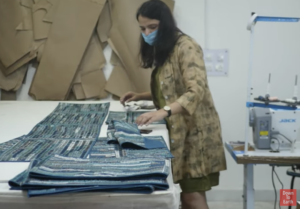 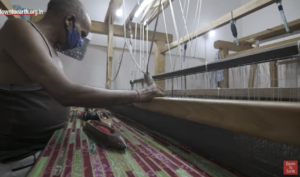