Sunday environmental round up, 28 February 2021

Australia’s rooftop solar is burying coal while chilly Texas provides lessons about the energy transition. Four storey buildings with a courtyard provide the most energy efficient homes. Extinction in six minutes (the facts not the event), and native snails coming back from near extinction on Lord Howe.

Anyone who watches ABC news will be aware of Alan Kohler’s homely, witty and slightly bemused and off-centre analyses of economics and market behaviour. Writing in The New Daily, Kohler is in no doubt that Australia’s coal-fired power generation industry ‘is on the brink of collapse … because of a boom in rooftop solar’. Research quoted by Kohler indicates that by 2025 the financial viability of several coal generators will be so compromised that ‘closure becomes an attractive or even unavoidable choice …’. End-of-Kohler recommends that the Federal government abandon its in-house fossil fools and follow NSW’s lead: ensure renewable energy is built near existing high voltage transmission lines, and build or encourage enough storage capacity so that there are no gaps as the coal-fired plants close.

Texas is a long way away … and it spawned George W Bush … and it voted for Trump in both 2016 and 2020 … so who cares if they’ve been experiencing life in the deep freezer recently? Well, prejudice and jocularity aside, perhaps Australia can learn from others’ experiences when extreme weather conditions present unprecedented stresses that cause power systems to collapse. The simple fact is that all power systems are will come under increasing strain over the next few years for two unavoidable reasons. First, global warming is going to create more extreme and more frequent heat waves, cold snaps, cyclones, floods, etc., often in places that have never experienced such events before. And create peak demands at unusual times of the year. The Texas power system was built around peaks in summer heat, not winter chills. Second, all energy systems are going to be in transition, whether it be converting from fossil fuels to renewables or growing from a very rudimentary system to one that services a developing nation’s 21st century population and economy. A third lesson is that there will always be some who ignore the facts and spread false news to further their agenda. Texas did not black out because wind power failed as claimed by some – although wind turbines did freeze – but because all power sources (except solar which actually increased its output) failed when demand soared on February 15th. The main culprit was gas but coal and even nuclear also let the side down, as the graph below shows. 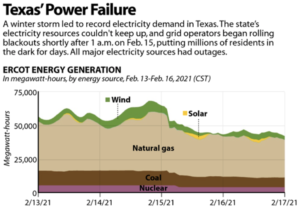 Talking of climate-generated catastrophes, like me, you no doubt saw pictures of a fatal ‘glacial flood’ in northern India subsequent to events in the Himalayas involving global warming, chunks of glaciers breaking off, blocked streams, glacial lakes, waters bursting through, and dams and hydropower stations built in the wrong places. Like me, you may also have struggled to understand exactly what has happened. This brief report pulls these threads together to create as clear a picture as I have seen, accepting that it’s still not that clear exactly what did happen.

Buildings are responsible for about 40% of all greenhouse gas emissions. Roughly one-third of that is generated when the building materials are manufactured (the embodied carbon) and two-thirds are associated with powering buildings’ daily activities. So, what design of housing uses energy most efficiently and generates the fewest greenhouse gas emissions: a skyscraper or a single storey building? Received wisdom has it that tall buildings are more efficient users of energy. Not so says a firm of architects in the USA that has modelled the daily energy use per household of nine different housing designs ranging from a 215-storey building to dispersed suburban homes, all providing 2000 dwellings. They found that four-storey courtyard buildings are in the sweet spot between detached single storey buildings that have lots of external walls and no opportunities for shared heating and cooling systems, and high-rises that have to power lifts, heating and cooling and have lots of glass which is never as good an insulator as a solid opaque wall. When they looked at overall energy use (and hence greenhouse gas emissions) for buildings of the future – incorporating cleaner electricity and better building codes – the four-storey courtyard still came top, with small triplex units second and 65-storey buildings third. Anything over 100 storeys came out badly, mainly because of the steel and concrete needed to hold them up. As cities impose targets on the emissions from buildings, and homeowners and renters become more demanding, finding the environmentally least damaging materials and designs will become increasingly important for new builds and renovations.

The BBC and David you-know-who have produced Extinction: The Facts in 6 minutes. A few pithy quotes:

‘Today, we are the asteroid that is causing many many species to go extinct simultaneously.’

‘We aren’t just losing nice things to look at. We are losing critical parts of earth systems.’

‘It’s threating our food, our water, our climate.’

‘The evidence is that unless immediate action is taken, this crisis has grave impacts for us all.’ This last one from DA himself.

The video identifies six ways in which humans are destroying the ecosystems on which we depend: illegal wildlife trade, overfishing, increasing population and hyper-consumption, pollution, destruction of natural habitats, and climate change. The common factor is humans killing things. The rather non-specific recommendations include: consume less but more responsibly, stop invading the forests, produce and eat meat and dairy responsibly, reduce food waste, and educate our children. I’m not sure how important the last one is. I’m not saying we shouldn’t do it, just questioning how much it can contribute to the solution. By the time today’s children are in positions of power, it’s highly likely that their parents and grandparents will have, through selfish neglect, let the problems becomes so severe that their options are limited. The current generation of adults – the Baby boomers who were going to change the world!! –  has created most of the now very pressing environmental problems. It’s our responsibility to sort them out.

Rats were accidentally introduced to Lord Howe Island in 1918 and have wreaked havoc on the wildlife, including the native snails, of which there are around 70 endemic species found nowhere else. A rat eradication program was undertaken in 2019 and as the rats have disappeared the snails have reappeared. Several extremely threatened species have been found in increasing numbers, including one that was considered extinct. Congratulations to Team Snail and thanks from the resurgent Pseudocharopa whiteleggei seen below. 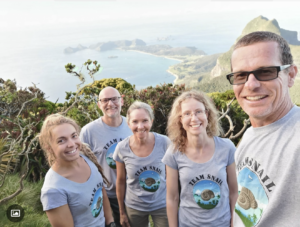 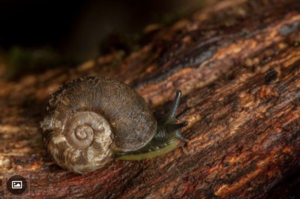