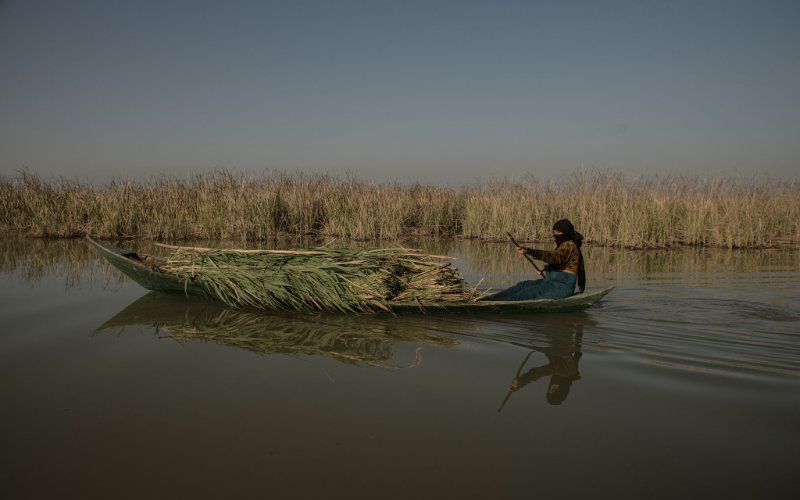 Geopolitics and climate change combine to damage lives and environments in Iraq, but moves to make ecocide a crime. APRA invites comments on its guidance for the financial sector on climate change, while Scotty used emissions per person to mislead the world.

The New York Times does a great line in stories that intertwine the lives of real people, threats to the environments they inhabit and geopolitics. The articles are often somewhat lengthy but they always contain stunning photos. The Ma’dan people, or Marsh Arabs, are the traditional inhabitants of the Mesopotamian Marshes, wetlands in south-eastern Iraq, near the border with Iran. 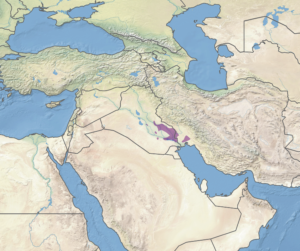 Agriculture and fishing are the traditional food sources and milk from the buffalos they breed provides their principal income. Conflict, starvation and repression forced many Ma’dan to move to neighbouring cities during the Iran-Iraq war. The situation worsened after the war when Saddam Hussein drained the marshes and turned them into a desert. After Hussein’s overthrow the marshes were reflooded and some Ma’dan returned and were able to re-establish a quasi-traditional lifestyle, albeit with some environmentally harmful, modern technologies such as fishing using electric shocks. Having been partially restored, the marshes face new threats from, for instance, climate change induced droughts and damming of the Euphrates and Tigris rivers in Turkey and Syria.

Who knew 1? There’s a National Eucalypt Day (March 23rd) and an annual poll to find Australia’s favourite eucalypt. Well, I didn’t and that explains why I’m telling you about it only after the voting has finished and the winner (among the 900 or so candidates) has been announced. It was Eucalyptus salubris – the healthful eucalypt. I’ll give you a reminder about the poll next year (assuming the editor-in-chief hasn’t sacked me) so that you can vote – it might be the only national poll during 2022 where most P&I readers vote for the winner. The story of Eucalyptus copulans is worth a read, although we may now have reached its last chapter. For a more optimistic tale, I recommend Murray Bail’s novel Eucalyptus.

Who knew 2? There’s a World Migratory Bird Day, and this year it’s next Saturday, May 8th. As the map on the link shows, there are three main international north-south migration routes: the American, African-Eurasian and East Asian-Australasian flyways. The massive loss of wetlands around the world as a result of the damming of rivers, urban and industrial development, clearing of mangrove swamps etc. is having devastating effects on migratory birds and they need all the help they can get to maintain their numbers.

The International Criminal Court (ICC), based in The Hague, is currently able to investigate four crimes: genocide, crimes against humanity, crimes of aggression and war crimes. Pressure is building for a fifth: ecocide. Ecocide involves damage to Earth’s land, air or water systems. This might be local such as Chernobyl, the Deepwater Horizon disaster, dumping toxic mine waste or deep sea trawling; regional such as spraying Agent Orange on Vietnam, Cambodia and Laos, or logging tropical forests; or global such as climate change leading to, for instance, mass extinctions, destruction of the Amazon’s ecosystem and melting of the polar ice sheets. One aim of establishing ecocide as a crime, of course, is to develop a legal definition that would act as a deterrent to environmental destruction and facilitate prosecution of responsible government officials and corporate managers for transgressions.

But making ecocide a crime would also draw a line in the sand morally and demonstrate that assaults on the natural environment are often associated with assaults on human rights and social justice, particularly where Indigenous and disadvantaged populations are concerned. In particular, it would help small nations such as the Pacific Island states seek justice for the threats posed by climate change, sea level rise, overfishing, damaging extractive industries, etc. However, this proposal has a long way to go and will have to navigate considerable opposition before it reaches fruition. And even if it does become the ICC’s fifth crime, four countries with at best patchy records on greenhouse gas emissions and/or environmental damage – China, USA, India and Russia – are not members of the ICC anyway.

The USA has issued an International Climate Finance Plan for the provision of financial assistance to developing countries to help them reduce and/or avoid greenhouse gas emissions and build resilience and adapt to climate change. I’ll let you read the details for yourself. I just want to quote the opening paragraph:

It was widely reported that APRA, the Australian Prudential Regulation Authority, the regulator of the Australian financial services industry (banks, credit unions, building societies, insurance companies, superannuation funds), has issued guidance on how these industries should manage the financial risks associated with climate change. This isn’t quite correct as the guidance issued is still draft. That said, it’s a clear indication that APRA considers this to be an important issue. The draft guidance doesn’t try to tell financial services what they should and shouldn’t invest in or who they should and shouldn’t do business with. Rather, it provides a framework for ensuring that decisions are based on a comprehensive understanding of the risks and opportunities.

APRA identifies three sorts of climate change related financial risks: physical risks associated with the changing climate and extreme weather events; transition risks associated with disruptions emerging from the transition to a low carbon economy (stranded assets, loan defaults, falling demand); and liability risks associated with litigation and regulatory action arising from failure to respond appropriately to climate change related risks. The approach recommended is straight out of any risk management textbook: identify, measure, monitor, manage and report risks, particularly long term risks; and engage all stakeholders. If you’d like to provide APRA with feedback, you have until July 31st.

In his address to President Biden’s climate change leaders’ summit, ‘Layer-on-of-hands’ Morrison, our climate change non-leader, raved about Australia’s emissions reductions. Well, to be precise, the reductions Australia has made in emissions per person. The graph below demonstrates that we have indeed reduced our per person emissions (having peaked in 2004 at 19.3 tonnes/person). However, the only useful purpose of measuring emissions per person is to examine which populations have been and/or are behaving most irresponsibly. The graph also clearly shows that Australia, despite some modest improvement, continues to enjoy life at the top of the irresponsibility tree. 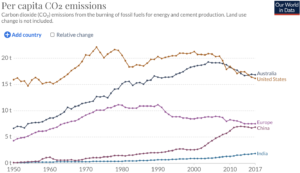