Only a quarter of Earth’s land was ‘wild’ 12,000 years ago. Tropical deforestation increases despite international agreements to stop it by 2030. Plans to save Australia’s 50 most threatened plants, six unburnt forests on the east coast, and WA’s native vegetation.

I think that there’s a general tendency to think that environmental degradation is mostly a product of the last, say, 200 years: air pollution and greenhouse gases from fossil fuels; contaminated land and rivers from factories and agricultural run-off; destruction of the ozone layer from refrigerants; plastics in the oceans; deforestation and land clearing for urban development and farming; overfishing leading to plummeting fish stocks; hunting and poaching of wild animals, etc. The corollary of this is to believe that most of the world, with the possible exception of areas of Europe and Asia, was wild and pristine, untouched by humans, before 1800. On the contrary, recently published research indicates that even 12,000 years ago, at the end of the last Ice Age and the dawn of human civilisations, three-quarters of the Earth’s land (excluding Antarctica) was inhabited by human societies in ways that shaped evolutionary dynamics, ecosystems and landscapes. The methods used by the researchers are way beyond my capacity to understand and explain but (simply) they divided the land into three types (anthromes) based on human population density and the extent of cover by intensive land uses: ‘Wildlands’ are characterised by a complete absence of human populations;  ‘Cultured anthromes’ are where less than 20% of the land is covered by intensive land use; and ‘Intensive anthromes’  where it’s more than 20%. And then they examined the land use at sixty time points from 12,000 years ago to 2017.

In 2017 just 19% of land area was Wildland; 51% was Intensive anthrome and 30% Cultured. Surprisingly, though, and contrary to previous estimates, even 12,000 years ago only 27% of land was Wildland. Put differently, even at the end of the last Ice Age over 70% of land was already inhabited by hunter-gatherer or early agricultural societies. While colder and drier areas included more Wildland 12,000 years ago, only tundra was mostly Wildland, and this remains true today. The conclusions are that current areas considered biodiversity-rich, ‘natural’ and priorities for conservation all show long and significant histories of human use. This suggests that (1) humans have helped create these ecologically diverse and robust landscapes (if you’d like to see an amusing contemporary, local example of this, watch Quoll Farm on ABC Iview) and (2) that the current extinction crisis is perhaps better explained by changes caused by humans to species-rich areas in the past than by recent conversion of Wildlands to Intensive use. Conservation priorities and strategies must recognise this long history, particularly the rights, responsibilities and historical sustainable land management practices of Indigenous and local peoples. According to one Indigenous rights group: ‘ “Wilderness is a colonial and racist myth with no basis in science,” that has often been used to justify the theft of Indigenous lands’.

The figure below may help you make a little more sense of this. The white, grey and blue bands at the bottom represent Wildlands; the brown and green bands different sorts of Cultured anthromes (drylands and woodlands); and the bands at the top different sorts of Intensive anthromes (buff-orange=rangelands, yellow=croplands, and purple-blue-red=settlements). The red line plots population growth. Basically, rangelands, croplands and settlements have gradually replaced (already inhabited) drylands and woodlands as the global population increased, and this process has accelerated in the last 150 years. But there wasn’t much Wildland left 12,000 years ago and it’s decreased only a little since.

As with fauna, 200-plus years of European settlement have wreaked havoc on Australia’s flora and the situation continues to deteriorate. 1,384 plant species are now threatened with extinction, with many having fewer than 50 mature individual plants remaining in the wild, and some fewer than five. The remaining plants are often in a single vulnerable location. The usual culprits are responsible: land clearing, feral and domesticated plants and animals, altered fire patterns, climate change, etc. To add to the tragedy, we have the knowledge and skills both to halt the ongoing environmental destruction and to preserve and protect the threatened species. We just lack the will and the financial commitment. The Action Plan for Australia’s Imperilled Plants 2021 presents a plan for Australia’s 50 most threatened plant species. Some management actions are common to many of them: prevent further loss of habitat; monitor threatened populations; trial appropriate fire management regimes; invest in research and management to combat threats; propagate and move threatened species to safer sites; and protect threatened species from grazing feral and native animals. The 4-minute video in the linked Conversation article (containing lovely photos) is well worth watching also.

As well as killing and displacing billions of vertebrate and invertebrate animals, Australia’s east coast 2019/20 bushfires converted many forests into drier woodlands, shrublands and grasslands. The low rainfall, extreme temperatures and increased lightning associated with continued global warming will further increase the frequency and intensity of bushfires and put remaining forests at even greater risk. The Environmental Defenders Office and WWF are seeking government support to use existing legislation and stronger regulations to protect 1.4 million hectares of critical unburnt bushland in six landscapes from the Queensland-NSW Border Ranges south to the Gippsland-Eden area on the NSW-Victorian border. The emphasis is on restricting land clearing on private land and native timber harvesting on both public and private land to protect wildlife habitat and threatened species. This will also protect the ability of forests to store carbon and generate rainfall. Empowering local communities to get involved is an essential part of the strategy. 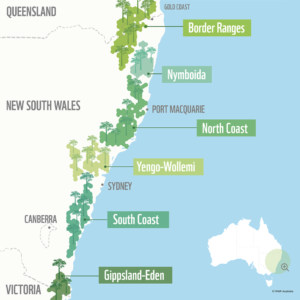 Western Australia has 26 botanically unique bioregions, for instance the Kimberley’s tropical savanna and subtropical forests, the eucalypt-rich temperate woodland of the Great Western Woodland, and the old growth forests of karri and jarrah in the south-west. But land clearing (sometimes illegally), grazing, mining, bushfires, urban sprawl  and complex, piecemeal legislation have made WA’s landscape one of the most heavily impacted by humans on Earth. The Wilderness Society has identified seven measures to protect WA’s natural asset: 1) expand the state’s parks and reserves to protect the areas of forest, bushland and outback that are the most ecologically diverse and/or currently under-represented; 2) invest in a long term and sustainable native vegetation and biodiversity monitoring program; 3) ensure that the activities of all arms of government are focused on improving WA’s native vegetation; 4) rethink, with input from Indigenous people, rapid response fire management and prescribed burning; 5) increase funding for land restoration and provide incentives for restorative and regenerative land management; 6) enshrine in legislation community rights to greater participation in decision-making, improved access to information, and justice and merit reviews of public decisions; 7) as recommended by Graeme Samuel’s review of the EPBC Act, adopt enhanced national standards to ensure that Matters of National Environmental Significance are protected in WA. The report contains some fantastic photos with, a personal hobby-horse this, captions that tell you where and what they are. 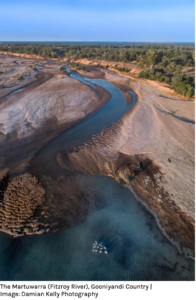 Between 2000 and 2012 an average of 7.3 million hectares (Mha) of tropical forest was lost per year. Between 2013 and 2019 this increased by 52% to 11 Mha per year. This is equivalent to clearing five Sydneys every day for seven years. A naive observer might attribute this to the stunningly successful implementation of a global policy to chop down more tropical forests. Regrettably, humans are not that good at implementing policy (good or bad) but we are quite experienced at making agreements and then doing nothing. In 2010 a group of 400 global consumer goods manufacturers and retailers committed to achieve zero net deforestation by 2020 related to soy, palm oil, paper and beef; and (2) in 2014 the New York Declaration on Forests, signed by sixty national (including the UK, USA and Canada but not Australia) and subnational governments and 130 companies, Indigenous organisations and NGOs, committed to halving the rate of loss of natural forests globally by 2020 and strive to end it by 2030 (not to mention restoring 150 Mha of degraded landscapes and forests by 2020). As related above, these promises came to nought – worse than nought in fact. Commercial agriculture drove 60% of the loss in 2013-2019, with 70% of this loss conducted illegally – a 28% increase over 2000-2012. The biggest losses were in Brazil (mainly for beef and soy), Indonesia (mainly for palm oil, pulp and rubber) and the Democratic Republic of the Congo (mainly for small scale agriculture for subsistence and local sale). And people wonder why I’m sceptical about the promises of governments and companies to reduce their greenhouse gas emissions.

To finish, another photo from The Wilderness Society’s ‘7 ways to protect WA’s most valuable natural asset’ report. 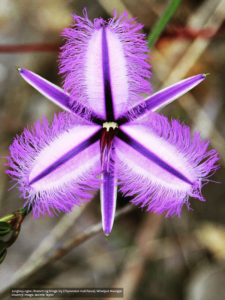