Sunday environmental round up. The bells are tolling for coal. Is Fitzgibbon deaf? 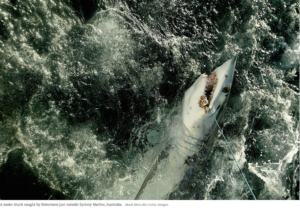 Shark attacks make the headlines on the 6 o’clock news and in next day’s newspapers. We don’t hear quite so much from the sharks about ‘human attacks’. However, over the last 50 years the number of sharks and rays has decreased by at least 70% as a result of human activity, mostly associated with overfishing or as accidental, but profitable, bycatch. Meat, fins, gill plates and liver oil are all valued somewhere. More than three quarters of species are threatened with extinction, which constitutes a risk not just for the sharks and rays but also whole marine ecosystems and food security in many nations. Urgent action is needed to protect sharks and rays and there’s lots that can be done. Bycatch can be lessened by avoiding shark hotspots, using shark friendly gear that allows sharks to break free and checking lines regularly to release any hooked sharks safely. Overfishing can be controlled with catch limits, marine conservation areas and better coordination between government environmental and fisheries agencies.

An increasing number of nations are announcing net zero emissions targets. Financial institutions (banks, insurance companies, investors) are progressively developing policies to exclude fossil fuels from their portfolios. Thermal coal, burnt to produce heat to generate electricity, is on an unstoppable decline, forced out of the market by cheaper, cleaner, healthier renewables. On the other hand, coking or metallurgical coal, which Australia has in abundance and provides 55% of the global seaborne trade, has been seen as having a more assured future because of the paucity of alternatives for producing both the high temperatures and the chemically-reducing environment required to produce steel. All of this we know. However, in an end-of-year review, Tim Buckley documents the increasing number of steel manufacturers announcing net zero emissions targets. To deliver this, they are moving their businesses away from a dependence on coking coal towards electric arc furnaces, ‘green’ hydrogen and carbon capture, use and storage (CCUS). Buckley also highlights the release of a roadmap by Lendlease for delivering absolute zero (absolute note, not net) by 2040. As Buckley points out, this is a highly significant development as it includes scope 3 emissions (notably, those generated by the production of the materials Lendlease buys – e.g. steel –  and the downstream users of its products). Lendlease’s roadmap also recognises the responsibility of wealthy nations to reduce their emissions more quickly than developing countries and targets 2040, not 2050, for zero. And it rejects the use of carbon offsets. Coking coal may have a longer lifespan than thermal coal but responsible Australia governments and coking coal producers would be advised to start developing a sunset plan now.

Buckley, and his employer IEEFA, have not had many kind words to say about CCUS in the past: an immature, expensive technology that hasn’t worked anywhere it’s been tried has been their general conclusion. However, Buckley is rather more positive about a promising new CCUS proposal in the UK. The plan is to produce hydrogen fuel from natural gas (‘blue hydrogen’) and capture and store 95% of the CO2 produced under the North Sea. The hitch, remembering the urgent need to halve emissions in the next decade, is that that the plant won’t be operational until 2026 and won’t be producing hydrogen at scale until 2030 at the earliest. Ketan Joshi summarises a report that presents a less optimistic view of current and developing CCS technology. Currently operating plants capture just 0.1% of annual global CO2 emissions.

I know you’re going to find this difficult to believe but in the USA thirteen states have passed laws since 2017 that criminalise protests related to oil and gas ‘critical infrastructure’ projects and – this is the bit you’ll find really hard to swallow – politicians responsible for drafting the legislation received significant funding from the fossil fuel industry. Thank goodness that couldn’t happen here.

And now for something completely different. By examining (1) the access of industry executives to government ministers and the Premier through documents obtained under FOI, (2) the revolving employment door between government and industry personnel, and (3) data about political donations kept by the Australian Electoral Commission, 350.org has produced ‘Captured State. The influence of the gas lobby on WA’. The report examines the influence of WA’s main players: the two biggest gas companies, Woodside Petroleum and Chevron, and two industry peak lobby groups, the Australian Petroleum Production and Exploration Association (APPEA) and the Chamber of Minerals & Energy WA. To give you a flavour of the report’s shocking but not surprising findings:

For an equally shocking story, have a look at this three minute video by Michael West and report by Sandi Keane that expose funding of Australia’s Bureau of Meteorology to the tune of $4.6 million in 2018/19  by companies such as Shell, Santos, Woodside and Chevron to meet ‘customer needs’.

Two setbacks in court for coal miners this week. In a case that’s been running for a decade already, New Acland Coal’s proposal to expand their mine on Queensland’s Darling Downs has been sent slithering down the snake to square 1 by the High Court. Up the ladder went the Oakey Coal Action Alliance who have been fighting the proposal all this time; the Court awarded them costs. And NSW’s Independent Planning Commission has rejected South32’s bid to extend their Dendrobium mine in the Illawarra because of the impact on drinking water and fragile wetlands, damage to Aboriginal heritage sites and the significant greenhouse gas emissions. Coal miners will only stop digging it up when production becomes too difficult or too expensive for them and cases like these are important bricks in that wall.

When townships and forests were burning last summer Prime Minister Morrison did not think that it was the right time to talk about the connections between climate change and bushfires. I hope that, if not Morrison, at least his advisors have read a review article that documents the evidence linking climate change and the extreme forest fires in southeast Australia. It’s quite a technical, but very educational, paper so I’ll let a couple of the authors’ own conclusions speak for themselves:

‘A clear trend towards more dangerous weather conditions for forest fires in Australia has been observed since the mid-twentieth century.’

‘[Recent changes to fire risk measures are an indication of] a directly observable shift in dangerous fire weather in southeast Australia that is beyond historical experience. This emergence is consistent with projections made more than a decade ago.’

‘The evidence suggests that in the absence of ambitious global greenhouse gas emission reductions, rapidly rising temperatures will increase forest fire risk in southeast Australia, particularly through the drying of fuels and more dangerous fire weather [and] …’

‘… that the potential exists for more frequent years with extreme hot and dry conditions in southeast Australia, beyond that expected from mean temperature and rainfall trends alone.’

‘Australia’s Black Summer is consistent with scientific assessments that human-caused climate warming is virtually certain to increase the duration, frequency and intensity of forest fires in southeast Australia.’

Who (clue 1: surprisingly) said this: ‘I am more aware of the changes that there have been in the natural world, around London, than I have been in decades. During the summer, I went for walks in my garden twice a day, at least. It’s only a pocket-handkerchief size — it’s not a big garden — but nonetheless, there was something to be found, every time. And I was listening to birds. I’m a rotten bird watcher — I don’t know one bird from the other — but I know a bit more this year than I did last, I’ll tell you that.’ Clue 2: not Australian. Clue 3: the picture below. 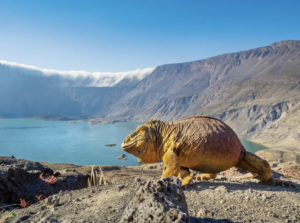