In the name of foreign relations, the Morrison government is giving itself extraordinary powers to meddle in the affairs of States, Territories and universities.

Mid-last week, a Bill titled Australia’s Foreign Relations (State and Territory Arrangements) was released. The Commonwealth says the Bill is necessary to allow it to comprehensively oversee Australia’s foreign relations and foreign policy.

The Bill arrogates, to the Minister of Foreign Affairs, power to veto any dealings, by any State or Territory entity, with any manifestation of a government outside Australia. This power reaches beyond core state departments. It extends to independent state agencies, to local governments and to universities.

The Bill is either an unwieldy bid for control. Or a thinly disguised measure to target current controversies involving a certain superpower to our north. The hot money is on Foreign Minister Marise Payne’s first use of the law being to stymie Victoria’s engagement with China’s ‘Belt and Road’ initiative, and to banish the Confucius Institutes from local universities.

For its part, the Commonwealth mentions no particular nation on the face of the law. Such plausible deniability will soon be tested. Not just in the pudding’s eating but even earlier, since the Minister has to issue rules to make this power grab workable in practice.

From a legal rather than political standpoint, two questions arise. First, is this Bill within Commonwealth power? Second, will it be workable?

First and simplest, yes the Feds have power, over both international trade and external affairs. Outside of treaties, that power is not exclusive. But they can use their power to override most state law and hence administration, and any private action.

There is one caveat to this armoury. It is the federalist principle of ‘intergovernmental immunities’. This means that one level of government – here the Commonwealth – cannot throttle another – the states – in their core functions or their existence as independent polities.

This arcane principle is little litigated, but is no less fundamental because of that. Ms Payne cannot, for instance, tell the states how to manage their senior public servants. Clause 51 of the Bill even reminds her of this, lest she forgets.

However the Bill’s bureaucratic web and ministerial discretions are so all-encompassing the states might ask the High Court to rule that the labyrinth unduly inhibits their autonomy. So the workability question overlaps with the question of constitutional power.

What makes the Bill so unwieldy? It casts a blanket across all ‘arrangements’ with a ‘foreign entity’. Such entities cover any department, agency or authority, at any level of government overseas. Think, for example, of the UK National Health Service. ‘Corporations’ that operate on a ‘commercial basis’ are, however, excluded. Where might Huawei fit?

Suspect foreign entities even extend to any overseas university, unless it has ‘institutional autonomy’. That cute concept is subject to a ministerial definition that will be watched for its Sinocentric framing.

Australian hospitals are not, however, subject to ministerial veto. Obviously a pandemic is not a good time to put a spanner in medical supply chains or exchanges with overseas health agencies. But hospitals share some features with universities. Perhaps the Confucius Institutes will discover an interest in hospital-based research.

Curiously, the Bill does not affect dealings with overseas political parties – of which the CCP is one – any more than the bill applies to Australian parties dealing with overseas governments.

What sorts of ‘arrangements’ are covered? Well, any ‘written arrangement, agreement, contract, understanding or undertaking’, whether legally binding and whenever and wherever made. These are very wide categories. State and university administrators will be wondering if they should email less and Zoom more with overseas counterparts.

If a State Electoral Commission needs to contract technical advice in the lead-up to an election, from an overseas commission, it would have to give Marise Payne 30 days’ notice. Likewise, if a state department wishes to enter a gentleman’s undertaking, in writing, to host an annual conference of experts on a topic of mutual interest, it has to seek Commonwealth approval.

I recently gave ‘expert’ academic evidence in an overseas constitutional case on points of the law of politics and speech. For the Canadian Attorney-General. When agreed on university letterhead, such consultancies will need Minister Payne’s approval. Many thousands of such dealings, especially those involving university labs or databases, are arranged each semester.

Could words like ‘contract’ or ‘undertaking’ be used to read down ‘arrangement’, ‘agreement’ or ‘understanding’? So to at least exclude trifling co-operative arrangements and avoid impinging on thousands of everyday dealings? There’s precedent for that in trade practices law.

But trade practices law is about catching major cartels. This Bill is more subtle. Where foreign relations are the concern, there’s no obvious dividing line in, say, the size or cost of projects. If Dan Andrews wants to invite Kim Jong-Un to give an annual, online speech to Victorians, that can be arranged via email at little expense. But it is precisely the sort of thing Ms Payne would want to veto.

The Bill’s bureaucratic tangle also applies to ‘variations’ of arrangements already approved by the minister. Every notice from every state agency to the Minister, and every decision of hers, must be published on a public register. The paperwork could be endless.

If we are not to swallow a huge spider to catch a modest fly, the enacted Bill will have to be undermined by wide exemptions. A vast and piecemeal list of foreign agencies and types, if not sizes, of dealings. Such a list will still cause pre-screening and interpretive headaches for everyone concerned. Alternatively, the Minister will have to nominate certain nations or entities as suspect, from time to time. That is, to name the anti-China policy openly.

The extent of such carve-outs will be up to the executive government. So it will be unknowable to the Senate before it considers the Bill. This is a problem in itself: of government asking the earth and being trusted to give back the oceans. What if it doesn’t? Each house of parliament can strike down ministerial rules. Yet where some such rules are essential, striking them down will just impose chaos on the state agencies and universities enduring the regime.

At a time when National Cabinet has made a decent fist of co-ordinating the pandemic response, this Bill is not just a concern for practical governance at the state level. It is the opposite of an exercise in co-operative federalism.

Graeme Orr is a professor specialising in the law of politics at the University of Queensland. 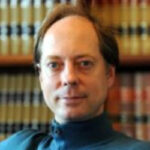 Graeme Orr is a professor, specialising in the law of politics, at the University of Queensland. Twitter handle: @Graeme_Orr