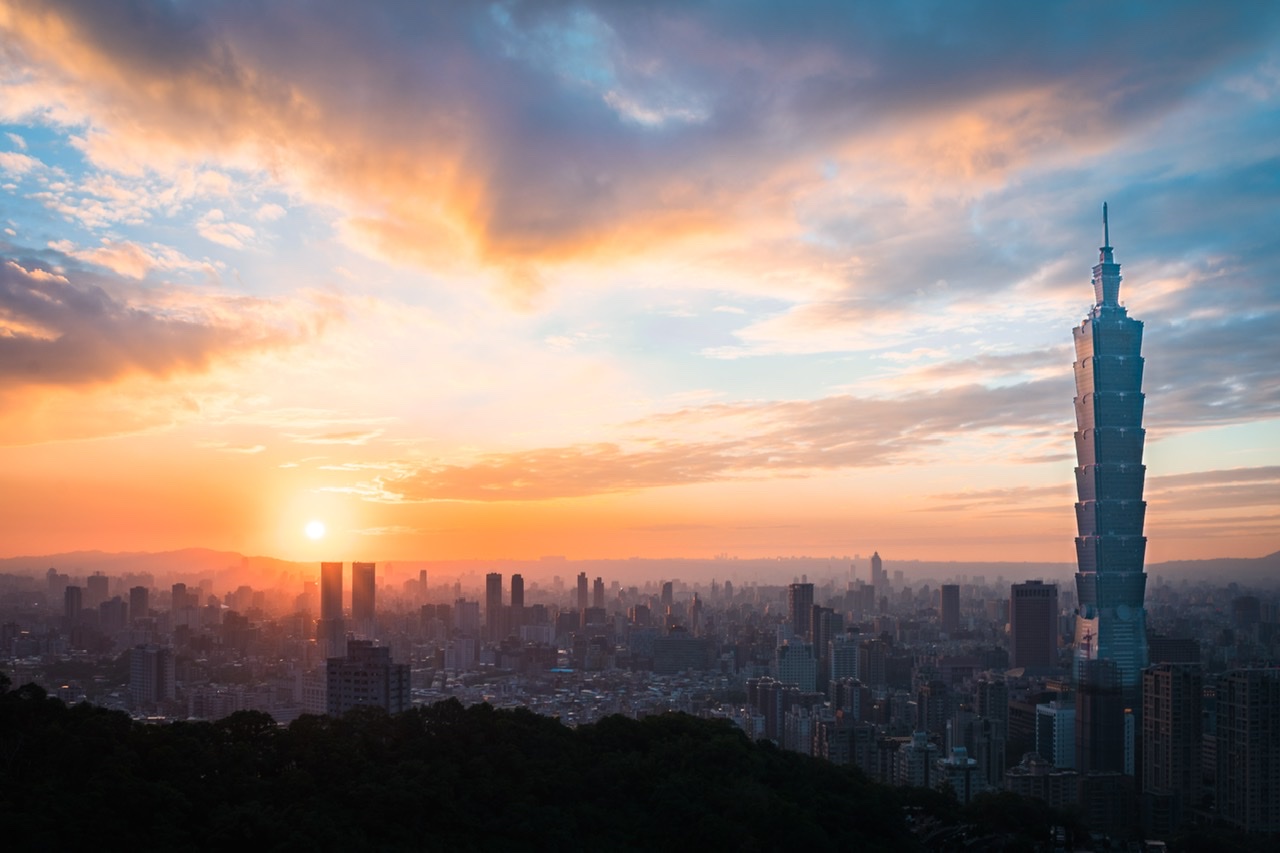 With time on Beijing’s side, is there any other option than Taiwan and Mainland China reuniting?

On May 1, an otherwise unsurprising article in The Sydney Morning Herald entitled, “The politics of standing up to Xi’s China” contained an uncommonly forthright claim. The writer, Peter Hartcher, said that “Rudd [former Australian prime minister] and Dutton [current Australian defence minister] agree that a ‘reunification’ of China with Taiwan is inevitable, and only the exact timing and terms are in question.” The article indicated that Hartcher shared the view which he reported.

Hartcher is the political and international editor of the SMH. Colin Mackerras, a respected scholar, commented on a new book by Hartcher, Red Zone in June, saying that Hartcher’s “only aim [in the book] is to condemn China”. Dutton is recognised as one of the most actively anti-China members of the current Australian government. On the same day the Hartcher article appeared, Nikkei Asia reported that Dutton “relishes annoying Beijing”. Rudd is less type-cast.

Though he did not, Hartcher could have added that, apart from Dutton and Rudd, Beijing agrees, conspicuously, with the observation that reunification with Taiwan is inevitable. History explains why this is so. The losing side in the Chinese civil war, the Kuomintang (KMT) led by Chiang Kai-shek relocated to the island of Taiwan in 1949, as the Communist Party of China (CPC), led by Mao Zedong, declared the establishment of the People’s Republic of China (PRC) in Beijing. Taiwan, ever since, has been regarded, by Beijing, as a “break-away province” which remains part of the PRC. This is not a view shared by Taiwan.

Accordingly, a primary question that arises is how is it that two leading Sino-phobic, Australian geopolitical opinion shapers find themselves stipulating reunification (with the Mainland) as the inevitable end-point for Taiwan?

The answer to this question is that, no matter how hostile one may feel towards Beijing, this candid viewpoint is fundamentally shaped by a further emblematic question: is any other long-term position conceivably possible? Let me explain why this is so.

Some (including the KMT) in Taiwan accept that there is just “One China” but take a firmly different view from that of the CPC as to what that term means. The Democratic People’s Party (DPP), the current governing party in Taiwan, harbours certain ardent members who savour the prospect that Taiwan can, somehow, be established as a fully independent nation. In the meantime, a remarkably effective modus vivendi has allowed the Mainland and Taiwan to engage economically on a very large scale over a long period. This arrangement has been subject to stress-periods (most of all when the DPP is in power in Taiwan) but it has endured, conferring benefits on both jurisdictions for decades. The One Country Two Systems (OCTS) regime under which Hong Kong has been incorporated as a Special Administrative Region within the PRC, has long been proffered by Beijing to Taiwan as a basis for resolution of the cross-strait standoff. Both the KMT and especially the DPP have rejected these overtures, more robustly than ever recently.

Taking a long-view, time is, though, on Beijing’s side. There are cogent arguments, based on history and political-economic developments to date, that Taiwan will eventually be reunited with the Mainland. To begin with, there is little chance of Taiwan ever being widely recognised around the world as an independent nation without the agreement of the PRC, which remains unthinkable. Next, current levels of integration are strikingly advanced. Example one: well over one million Taiwanese already work and live on the Mainland and that number continues to grow. Example two: for over 30 years, the Mainland and Taiwan have maintained a working rendition agreement, which allows criminals and certain non-legal visitors to be transferred or (in effect) extradited from one jurisdiction to the other. The Taiwan-Beijing relationship remains strained but this is a very mature – and largely stable – form of a strained relationship, where substantial mutual benefits are manifest.

Nevertheless, could it be that the CPC’s hold on power in the PRC is rendered intrinsically precarious by the very fact of its having established a One Party State (OPS)? Some commentators write knowingly on how the unwinding of the current OPS could commence. They are, however, a diminishing minority. Few seriously argue, today, against the likelihood that the PRC will endure and continue to grow.

In 1980, the GDP of India was approximately the same as that of China. Within less than two generations the PRC has developed to the point where it is widely expected that China’s GDP will, in raw dollar terms, exceed that of the US by 2030. Repeated American-run opinion surveys (conducted by Harvard University and other leading US institutions) confirm that the CPC enjoys remarkably high levels of popular support in China. This has increased as Chinese citizens witnessed the way China dealt with the Covid pandemic. If Beijing had managed the Covid outbreak as the US has, it would today (on a per capita basis) have seen around 2.5 million deaths and 150 million infections, instead of approximately 5000 deaths and 100,000 cases.

The unique threat that this exceptional rise presents to America’s long-enjoyed geopolitical hegemony explains America’s ever more muscular attempts to contain that rise, which project is, in turn, amplifying cross-strait tensions.

Aaron David Miller of the Carnegie Endowment for International Peace was interviewed for a recent article in the Los Angeles Times about US President Joe Biden’s reaction to the recent dramatic reversal of fortune for the US in Afghanistan. Miller suggested, inter alia, that Biden may be asking himself whether he was prepared to protect American interests in Taiwan. Miller may not have intended to be so blunt but he is surely right: it is not Taiwan’s interests that are of paramount concern to the US – but American interests in Taiwan.

And what are those American interests?

The US adamantly wants to keep applying geopolitical pressure to Beijing and Taiwan offers vital leverage in this project. America can present itself as a primary protector of Taiwan and that singular status quo. This role, in turn, continues to underpin plans for the “pivot to Asia”. Equally important for many within elite US policy planning circles, Taiwan is part of the crucial justification for yet more military spending to upgrade weapons, manpower and infrastructure to meet the rising threat posed by China.

For many decades, Washington has continued to build up Taiwan’s deterrent military strength. Another, deep, American interest arises out of this strong US backing of Taiwan’s military defence system. Any form of serious, peaceful, closer integration of Taiwan with Mainland China at some (inevitable) future time, will open the door to the possible creation of a joint military regime, absorbing all of that advanced US military hardware located in Taiwan. For various important reasons, the Pentagon may prefer to see tensions across the Taiwan Strait controlled. But it has good reason, also, to prefer that those tensions are maintained.

Next, following the extraordinary, swift political transformation in Afghanistan the world is being reminded, unambiguously, to expect the US to prioritise self-serving outcomes vigorously, once it is placed under critical pressure to reconsider its own primary interests. This, in turn, signals why Taiwan faces an imperative prudential need to review the reliability, competence and loyalty of its foremost ally.

According to that key argument in the SMH article, the long-term future for Taiwan is some form of agreed reunification with Mainland China. The best-grounded analyses support this view. Although Taiwan has few cards to play in any quest to secure international recognition as a second Chinese State, Taipei is well placed to negotiate a form of reunification from a position of strength. Taiwan is, after all, a robustly successful democratic jurisdiction, with a very powerful ally.

Taiwan has broadly rejected the OCTS formula as applied to Hong Kong. This does not, however, preclude working assiduously, over time, to create a far more tailored version of OCTS that can protect the essence of the polity which Taiwan has created. Building a strategy for robust and complex merger negotiations should be a crucial priority – while sustaining the unique modus vivendi which has worked so well for so long. Reunification by force cannot be ruled out, but it would impose great, possibly very great political, economic and human costs on all parties. Reunification through negotiation is by far the better option.

Based on much harsh experience to date, political hectoring and posturing, dithering and doing little – combined with abundant mutual glaring – are more likely to continue as Taipei confronts its unique position. None of this is discouraged by Washington: those American interests in Taiwan are clearly best served by thwarting any distinct moves towards rapprochement. Protracted delaying tactics do not, however, strengthen Taiwan’s bargaining position, which position has been measurably eroded by recent events in Afghanistan.

All this should concentrate minds. But Taipei must be wary of the American decontamination narrative which is already being advanced. This sidelines discussion of the self-absorbed priority-setting and fading competence chillingly evident in Kabul and argues that what the calamitous withdrawal from Afghanistan really signals is a greater US commitment to East Asia. Whatever substance may reside in this claim, Taipei needs to remember that any such shift in focus will, when the rubber hits the road, be emphatically designed to protect American interests.