With workplace reform winging its way towards the Senate, the mainstream media’s coverage of the changes was predictably unbalanced.

Plenty of talk about casual workers “earning a new right”; that they “must be offered a permanent role”; that they “will get the offer” of permanent work; that they have “options for permanency” and so on on.

Buried in the fine print was the fact that the options all seem to be on the employers’ side – that “employers may not make an offer”; that employers can “block the conversion” to permanency on reasonable grounds; that employers have “an escape hatch” and so on.

It offered a mere 14 words spelling out arguments against the proposed reforms – “Ms McManus has said the ACTU does not support the changes for casual workers.”

Further, despite referring to the potential for “conversion from casual to permanent employment”, it makes no mention of the fact that employees can block this conversion if they have “reasonable grounds”  – incredibly vague terminology.

The Sydney Morning Herald was no better, promoting the proposed legislation as a boost for workers – they were earning a “new right”. In the opening paragraph, the paper heralded the fact that casual workers “must” be offered a permanent role. The disclaimer that such a change could be blocked on “reasonable grounds” was buried in the 11th paragraph.

The rest of the article was similarly contradictory and vague:

Casual workers must be offered a permanent role, but employers may not make an offer

Casual workers will get the offer, but employers have an escape hatch.

The ABC was correct in saying there were new options for permanency – neglecting, however, to make it clear that these options appear to be options for employers, not employees.

The Herald Sun didn’t even bother to report specifics, trotting out exactly what the federal government appears to want workers to know, praising the changes as an increase in job security for casuals.

Again, conspicuously absent is the ease with which employers can dodge such requirements.

Also absent is any actual analysis of the proposed changes.

Only The Guardian – no other outlet – reported on the powers of the new laws.

Plus there is the “reasonable” test for denying workers a conversion to permanent work.

Then there is the vexed issue of overtime. It has been promoted as a win that employees will have to do extra work without being paid penalty rates.

In the Australian Financial Review:

And in The Australian:

Translation: employers will legally be allowed to ask permanent part-time workers to do overtime without paying penalty rates. Where is the benefit for workers? It seems flexibility for bosses is the only game in town.

No doubt in the interests of balance, The Australian also reported on the possible punishments for wage theft that would be included in the omnibus bill. I’m no lawyer, but I’d be more reassured if a serious crime that involved exploitation of and theft from workers – often the poorest and most vulnerable of workers – would be met with a stronger response than “possible” repercussions. 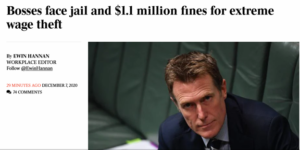 As economist Jim Stanford in The Conversation noted, if passed, the bill will further skew the already lopsided balance of power towards employers.

The Australian national rugby team sang the national anthem in an Indigenous language before their international rugby fixture. Two print outlets published Op-eds on it: The Guardian and The Sydney Morning Herald. One was written by Dr Chelsea Bond, a Munanjali and South Sea Islander woman, and senior lecturer at the University of Queensland’s Aboriginal and Torres Strait Islander Studies Unit. The other was written by Peter FitzSimons, a journalist and columnist with the SMH and a former Wallabies team member.

FitzSimons quoted Indigenous Australian and boxer Anthony Mundine, who said the anthem was “putting salt into the wound”; while rugby league player Latrell Mitchell noted that changing the language doesn’t “change the meaning”.

Lawyer and proud Wiradjuri and Wailwan woman Teela Reid said: “It doesn’t change the fact that it is a colonial song.”

Despite the despair articulated by these representatives from the Indigenous community, FitzSimons concludes that there was a “tide of joy and enthusiasm” about the anthem being sung in an Indigenous language and that it was a tremendous moment for the nation.

Meanwhile, the expert with lived experience condemned it.

How good is coal 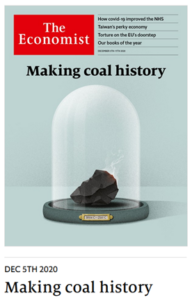 … The Australian was running an eight-page liftout on how great coal is, with huge ads from all the usual players. 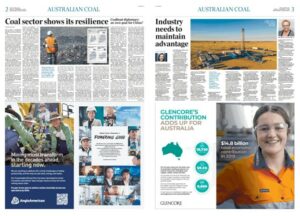 Tributes were flowing both to and from Scott Morrison this week while a catastrophic bushfire has burned across half the World Heritage-listed K’gari/Fraser Island – the world’s biggest sand island.

Unfortunately not mentioned was the failure of the federal government to improve upon the response to the bushfires season that drew widespread criticism in 2019-2020 – yet another responsibility delegated to state governments.

But there was plenty of time for News Corp’s The Courier Mail to lambast government, state and federal. State Labor was the focus of the article and the headline; the other government reference was buried deep, restricted to a single line.