Teaching ‘both sides’ of the Holocaust in Texas schools 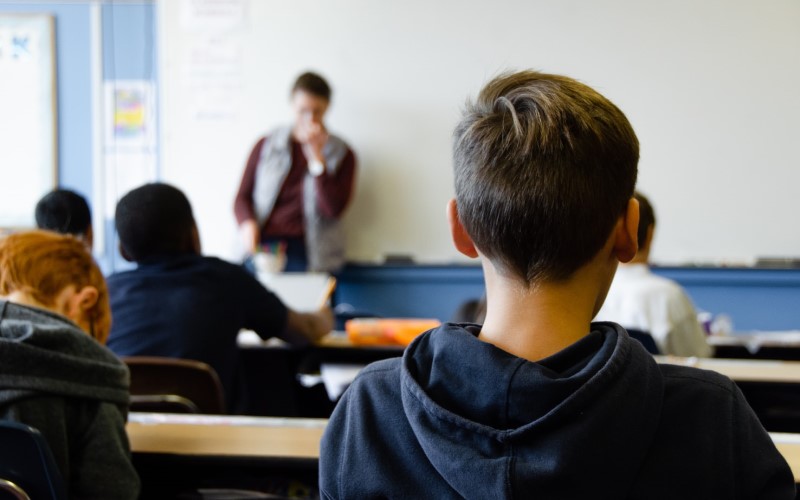 In Texas, the ‘Critical Race Theory Bill’ will edit important stories from American history and produce schools that dare not take a position on the Holocaust.

On October 8, the executive director of curriculum and instruction for the Carroll Independent School District in Southlake, Texas, told a teacher to make sure to follow Texas’s new law requiring teachers to present opposing views on controversial subjects. The Carroll school board had recently reprimanded a fourth-grade teacher who had kept an anti-racism book in her classroom, and teachers wanted to know what books they could keep in their own classrooms.

“Just try to remember the concepts of [House Bill] 3979,” the curriculum director said. “And make sure that if you have a book on the Holocaust,” the director continued, “that you have one that has an opposing, that has other perspectives.”

The Holocaust was Nazi Germany’s systematic murder of about two thirds of Europe’s Jewish population — about six million people — during World War II.

“How do you oppose the Holocaust?” one teacher said.

“Believe me,” the director said. “That’s come up.”

The Texas legislature passed another law that is going into effect in December. S.B. 3, known as the Critical Race Theory Bill. It specifies what, exactly, social studies courses should teach to students. Those guidelines present a vision of how American citizens should perceive their nation.

They should have “an understanding of the fundamental moral, political, and intellectual foundations of the American experiment in self-government; the history, qualities, traditions, and features of civic engagement in the United States; the structure, function, and processes of government institutions at the federal, state, and local levels.”

While they managed to add in de Tocqueville’s Democracy in America — and I would be shocked if more than a handful of people have ever read that account of early America — there are some pointed omissions from this list. The 15th Amendment to the Constitution, which guarantees Black voting, didn’t make it, although the 19th Amendment, which grants women the right to vote, did. Also missing is the Voting Rights Act of 1965, although the Civil Rights Act of the previous year is there.

Topics explicitly eliminated from the teaching standard are also instructive. Those things cut from the standards include: “the history of Native Americans,” and “[founding] mothers and other founding persons”.

Under “commitment to free speech and civil discourse”, topics struck from the standards include “the writings of … George Washington; Ona Judge (a woman Washington enslaved and who ran away); Thomas Jefferson, Sally Hemings (the enslaved woman Jefferson took as a sexual companion after the death of his wife, her half-sister)”, and “any other founding persons of the United States”.

The standards lost Frederick Douglass’s writings, the Fugitive Slave Acts of 1793 and 1850, the Indian Removal Act of 1830 that forced Indigenous Americans off their south-eastern lands, and Thomas Jefferson’s letter to the Danbury Baptists defending the separation of church and state. The standards lost “historical documents related to the civic accomplishments of marginalised populations” including documents related to the Chicano movement, women’s suffrage and equal rights, the civil rights movement, Indigenous rights, and the American labour movement.

The standards also lost “the history of white supremacy, including but not limited to the institution of slavery, the eugenics movement, and the Ku Klux Klan, and the ways in which it is morally wrong” and “the history and importance of the civil rights movement”. The legislature took three pages to outline all the things that teachers may not teach, including all the systemic biases the right associates with critical race theory (although that legal theory is not taught in K–12 schools), and anything having to do with the 1619 Project.

Teachers cannot be forced to teach current events or controversial issues, but if they choose to do so, they must “strive to explore that topic from diverse and contending perspectives without giving deference to any one perspective”. Supporters of the measure said that teachers should teach facts and not “choose sides”.

The lawmakers who wrote the new standards said they had been crafted to eliminate redundancy. In 2019, the state wrote standards to teach character traits — courage, integrity and honesty — and instructions to include particular people or events could simply duplicate those concepts. “If you want to talk about courage, talk about George Washington crossing the Delaware, or William Barret Travis defending the Alamo,” a member of the state board of education said.

Editing from our history Dolores Huerta, who co-founded the National Farmworkers’ Association — she was eliminated by name — as well as Abigail Adams and Frederick Douglass and the 1924 Snyder Act (by which the nation recognised Indigenous citizenship) does more than whitewash our history. That editing warps what it means to be an American.

Our history is not about individual feats of courage or honesty in a vacuum. It is about the efforts of people in this country to determine their own fate and to elect a government that will enable them to do that.

A curriculum that talks about individual courage and integrity while erasing the majority of us, as well as the rules that enable us to have a say in our government by voting, is deliberately untethered from national democratic principles.

It gives us a school that does not dare take a position on the Holocaust.

This article was first published at Letters from an American and is reproduced with permission. 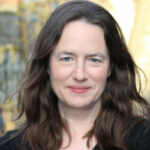 Heather Cox Richardson is an American historian and Professor of History at Boston College, where she teaches courses on the American Civil War, the Reconstruction Era, the American West, and the Plains Indians. She previously taught at MIT and the University of Massachusetts. Richardson has authored six books.