Technological magic by Morrison and Taylor won’t help in the Australian response to the IPCC report.

The Australian Government seems to think it can solve climate problems through technological magic . It hides a failure of moral leadership.

The new IPCC report makes a simple argument. We must cut emissions drastically in the next ten years to maintain any climate stability. We cannot have more new coal mines or gas fields, or we must make those new fields produce zero emissions. Even then it may not be enough.

The Australian government’s response has been odd.

We are not to blame, even if we are among the world’s biggest gas and coal exporters – which is nice.

He continues: “not to say that we should be posing taxes on this, these countries.” Putting tariffs on high per capita emissions countries would affect exports from Australia, and that would not be nice.

His solution to the problem is technological hope: “World history teaches one thing, technology changes everything. That is the game changer…. And, that is why our approach is technology, not taxes, to solving this problem.”

I suspect that world history, if it teaches anything, teaches that societies which fail to recognise their problems collapse.

“[W]hat’s important is that we ensure that the technology breakthroughs that are necessary to transform the world over the next 10, 20 and 30 years are realised.”

The problem with this is simple. Just because we would like a technology that solves all our problems to exist, does not mean it will come to exist; it will come to exist before it is too late to solve the problem; it will work at the scale we need; people will want to use it: it will not be too expensive to use, and; it will not have many unintended and deleterious consequences.

Technology is not magic or wish fulfillment, however much we would like it to be.

People can also resist the technology. For example, if enough people don’t risk taking the Covid vaccine, or the roll out is messed up, the vaccines will not work as well. New forms of covid will develop and people will die.

The Prime Minister insists we will win, because: “Australia has a strong track record of performance, and we intend for that to continue to increase in the years ahead.”

We have a terrible record with Carbon Capture and Storage (CCS) which is one of the Government’s chosen technologies. Like the rest of the world, we don’t have a working energy generator with CCS installed, and significantly lowering emissions. We have thrown money at the idea, to save coal exports, but the coal industry was not interested.

We do have aspirations that we can beat emissions targets by boosting gas use and without losing any exports of fossil fuels. That is fantasy. Given no one has the CCS to store the greenhouse gases that the gas mining and burning is emitting, we are increasing world emissions.

There are also people who wonder if their houses will burn down again. If they will have enough water for their farms and families. If they can survive days of the heat that we have reached. If they can survive another ‘one in one-hundred-year flood’. If their houses will have high tides running through them. What will happen if another unseasonable storm blows trees and powerlines down and so on. However, these people apparently do not need to be mentioned.

Yes, there is a problem with the costs of adaptation, but you can’t just look at one side of the problem and ignore the other. And you could recognise that jobs, and living without jobs, is affected by more factors than just policies intended to deal with climate change – neoliberal economics for example.

The PM insists he is being non-political, as “focusing on political solutions won’t solve this problem. Focusing on technology solutions will.”

Unfortunately, technology is not separated from politics. The arguments, and ministerial powers, over the New Energy Market shows that. Regulations, tax breaks, subsidies and so on, can support deadly technologies, or hinder those deadly technologies. It is a matter of politics whether we protect fossil fuels or encourage them to die out. Technology is social and is governed by rules, inclinations, rewards, and compulsions, and therefore by politics.

The Government’s policy and evasion would possibly have been fine 50 years ago, but Australia has already experienced a 1.4 degrees temperature rise since 1910, largely due to emissions. We have longer term droughts. We have massive fish kills in rivers, and rivers are drying up. We have wild storms creeping south. We have inland temperatures which are life threatening in the suburbs of Sydney. The great Barrier Reef is dying. We have longer and fiercer bushfire seasons. And we have fossil fuel mining that threatens the water table, and water supplies. Delay is not sensible. the problem is urgent. If we (a relatively prosperous country) won’t make the effort to fix the problem, then who will? 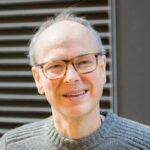 Jonathan Paul Marshall is an ARC supported researcher at the University of Technology, Sydney, investigating problems with climate technologies.