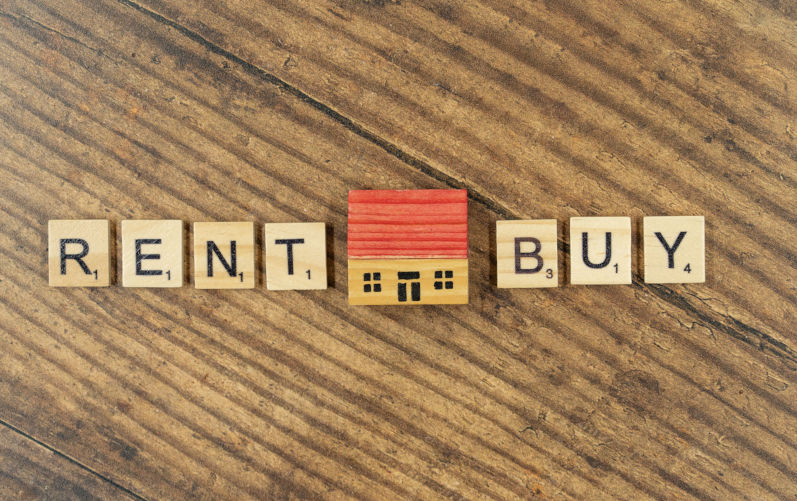 The uncertain employment situation of many Australians will preclude them from the ability to secure loans. Image: Wikimedia Commons

Yet there has been progress, the fear of being unable to afford increasing rents is now giving way to real fears of becoming homeless. The most concerning reality is that this phenomenon is not only Australia wide, but there is little to indicate that there is much political will to address the situation. This is a society where speculative finance and the desire for socially irresponsible profit, is causing untold damage to our communities. The removal of the ladder of opportunity by government policies, businesses and speculative opportunists, is reflected in the casualisation of our workforces, the gig economy, unemployment, and most worryingly, underemployment.

New schemes such as the Tiny House movement and Rent to Buy, are emerging however, the reality of unemployment and underemployment means job security is tenuous. There are no jobs for life, there are short contracts, and non-ongoing contracts. The uncertain employment situation of many Australians will preclude them from the ability to secure loans or participate in new housing schemes. To secure loans, buy land, even rent to buy, you need secure employment. For many this world is not just a distant memory, it has never existed. The experiences of COVID-19 have revealed that not only are the vulnerable most likely to suffer, but there also appears to be no political recognition that the wellbeing of citizens is of importance to the economy. If maximum profit and exploitation of others cannot be tempered with a shift toward social responsibility during a global pandemic, we should be concerned about where our country is headed.

In outlining my own rental experiences through a Change.org petition, it is clear that many people are facing worsening difficulties as tenants. It is also clear by the numbers of signatures to the petition, there is an appetite for change. There are practical ways in which the wellbeing of tenants should be viewed. One is that the overwhelming majority of tenants work hard and pay high rents in order to have not only accommodation but have a ‘home’. Second, is that in an environment of COVID-19, unemployment and underemployment, severe financial hardships, growing mental health concerns, and continued uncertainty, the well-being of tenants needs to be protected. We need to begin the process of re-humanising our society at a most fundamental level. This would be a multilayered project, but a practical beginning would be to introduce the idea of well-being into a standard tenancy agreement. The property industry so driven by mere profit and speculation cannot be transformed into angels, but the culture can be altered. It has to be encouraged to operate differently, and in ways that consider the well-being of those most likely to be vulnerable and expendable in the rush for profits. A well-being clause would help establish social and economic well-being as an integral part of the economic conversation.

The actions of lessors or agencies may not:

Without Providing compensation to the tenant/s equal to:

The loud objections from property investors, and agencies, are not difficult to imagine. They will argue that such a clause will discourage investment, will make it tougher for property owners to make money, and that tenants might exploit this clause. These criticisms will be couched in the language of economic opportunities or fighting against increased red tape. Ideological warriors will decry the idea that well-being, (social and economic rights) could ever be the equal to the rights of private capital, they will suggest that the well-being clause will sully the sacred will of the market. Response to these objections is easily articulated. For one, owners and agencies already enjoy a distorted marketplace of high rents complicated by the era of COVID-19. They also enjoy all the associated perks of ‘negative gearing’. Second, many owners and agencies already exploit and abuse the rental system undermining the rights and well-being of tenants, and this reality appears to be commonplace.

The real objection to the ‘well-being clause’ will be its implied threat to unfettered profit. To enshrine the idea of economic rights is to acknowledge the importance of social rights. To reject their inclusion in something like a tenancy agreement, is to favour maxim profits over social responsibility. If owners and agencies do believe in the sacred will of the market, the path is clear. Let us allow owners and agencies the ability to include a ‘well-being clause,’ such as the one suggested, in their tenancy agreements. This allows owners and agencies with social conscience to show proactive leadership. It would also allow prospective tenants to choose between a rental agreement that favours unfettered profit and exploitation, or an agreement that enshrines their well-being (social and economic) as a guiding principle. I think we already know which of the two tenancy agreements would be preferred by most tenants. If allowed this choice, prospective tenants would choose rental properties from owners/agencies that safeguarded their ‘well-being’. This would ultimately benefit everyone and help begin the process of rehumanising our own fragmenting sense of community.

Adam Hughes Henry is an honorary lecturer, School of Culture, History and Language, ANU. He is a former E.G Whitlam Whitlam Research Fellow, Western Sydney University in 2018-19. He is currently an associate editor for The International Journal of Human Rights (Taylor and Francis).