Are Ukraine and Taiwan mirror images of each other? 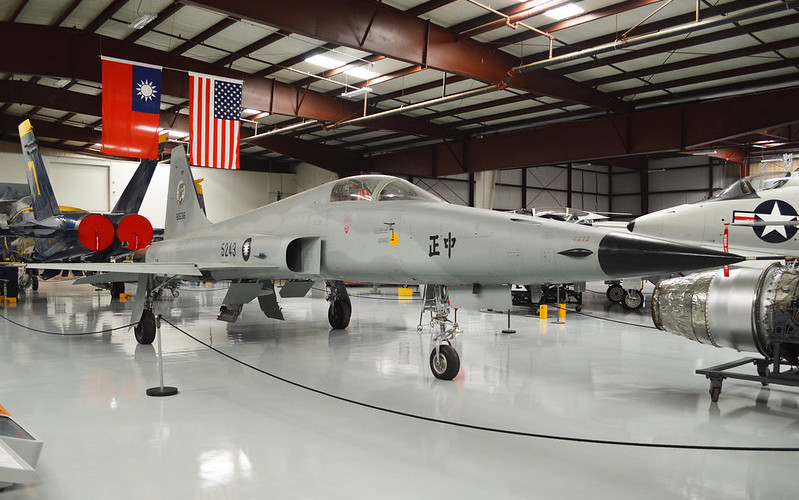 There would have been no talk of war and hubristic posturing on all sides vis-a-vis Taiwan if the US and its Western allies did not decide to “pivot” east after the war in Afghanistan. (Image: Flickr/Alan Wilson)
These words attributed to King Solomon in the Old Testament: “All things are wearisome, more than one can say.  The eyes never have enough of seeing, nor the ear its fill of hearing.  What has been will be again, what has been done will be done again; there is nothing new under the sun” (as cited by Southwell, 2010) underpin the irony of the Taiwan and Ukraine affairs.

In another excellent P&I article “Press stunned as Ukraine leader points finger at West, 01/02/2022”, Nury Vittachi stated plainly that the Western powers appear to be repeating their Taiwan strategy in Ukraine. In what has been described as salami slicing, NATO has crept right up to the border of Russia despite the reassurance the Western powers gave Russians that they would not expand eastwards after the fall of the Berlin Wall.  One cannot help but laud Vittachi’s astute description of the three-step process that the West use on countries that it thinks needs “containing”: ones that are strong enough not to be overrun.

Russia sent more than a hundred thousand troops to the Ukrainian border in a show of strength to tell NATO and the US that it would not tolerate Ukraine becoming a member of NATO. In a similar show of strength, China ratcheted up its flights of fighter jets into airspace described as the Taiwanese air defence identification zone in response to the presence of US and British warships in the region.

These attempts by both Russia and China to set their red lines provide perfect opportunities for interpreting their actions as aggressive and expansionist.  In the case of China, it is even more egregious when the territories involved are their own i.e. Hong Kong, Taiwan, Tibet and to a degree Xinjiang, which the US and West see as their responsibility to “liberate”.

It is hard to read such altruistic intentions in the West when history indicates that they have the proclivity to enslave, i.e. colonise, rather than to liberate.The “real” interest of the US and the West is to maintain their world dominance, especially an “Anglospheric” or “AUKUS” one.  Vittachi 01/02/2022) states succinctly “Ultimately, the aim is to push NATO borders eastwards, justify increased spending on the military, and attempt to further unite the world against communities which the West feels need to be “contained”.

The posturing of the US and the West is less a reflection of the belief of an imminent invasion than a means to further serve their agendas.  Both Vittachi and Cockburn indicate that the Ukrainian leaders in Kyiv have themselves expressed scepticism about an invasion. It was even said that Ukrainian President Volodomyr Zelensky criticised the US and Britain from pulling their families out of their embassies in Kyiv.  Moreover, it would not be in Russia’s (nor China’s) interest to “destabilise” the regions with which they have strong trading relationships.

Likewise, there would have been no talk of war and hubristic posturing on all sides vis-a-vis Taiwan if the US and its Western allies did not decide to “pivot” east after the war in Afghanistan.

As the law of unintended consequences would have it, what has been done to China and Russia has thrown them together in a display of the aphorism “The enemy of my enemy is my friend”.  Today, Vladimir Putin and foreign minister Sergei Lavrov are in Beijing bumping elbows with their counterparts Xi Jinping and Wang Yi.  In a statement by the Chinese Foreign Ministry reported by CNA (04/02/2022), China is said to have expressed “understanding and support” for Russia’s position on security issues with the US and NATO.  Both appear to be experiencing a siege by the West.  China has the added problem of neighbouring countries joining the US and the West, countries with which it has past issues; like India over its border skirmishes, Japan over its WWII atrocities, South Korea over the Korean War and Australia over its “attachment” to the Americans.

I derive some comfort from the observation (based on my reading of the US’s economic, social, and political problems at home) that the US cannot afford another war.  Matthew Cranston (Financial Review, 20/01/2022) quotes former World Bank President and US Deputy Secretary of State Robert Zoellick as saying that the US will never go to war with Russia over Ukraine and would use its economic power to address the issue.  Nevertheless, one cannot discount the reality that defence actors in the US are not always rational.

Of greater noteworthiness is his quotation of Joe Biden’s statement that: “Putin is trying to find his place in the world between China and the West.” Here the Western mind’s binary of West/China, West/East, Good/Evil rears its head again.

Perhaps if eurasian Russia is bad, eastern China is worse.  Perhaps, like its geographic position, Putin’s place is in both the East and the West – a good position to keep the balance of power in the world in check. Herein lies the difference between the two predicaments.  China, with its stronger economy, huge population, greater economic potential and greater economic prowess, presents a greater threat to the US and its allies than Russia.  Moreover, its huge consumer base gives it a measure (through its Duel Circulation System) of protection against economic sanctions by external forces.  Perhaps China is simply more evil because it is further east.

But for a bit of wounded ego, how much does it really cost the US and NATO to make a concession to Russia not to admit Ukraine into NATO?  Likewise, it could be even a cost saving for the US and its allies to leave China and Taiwan to resolve their reunification problem on their own.  If anyone doubts that the Chinese people on both sides of the straits would choose a peaceful pathway forward, just remember the Chinese saying that “Good people do not become soldiers” – a maxim that contributed to their 100 Years of humiliation and separation in the first place.