Why intemperate views on China will cost Chinese votes 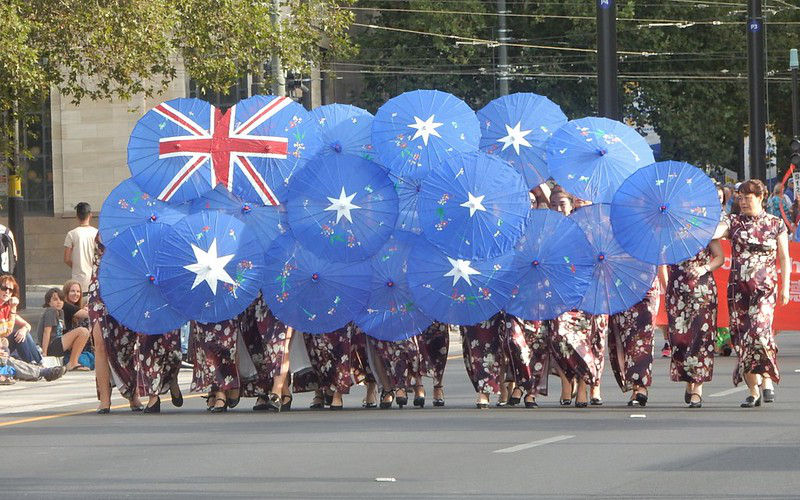 In his recent addresses about China, especially in his National Press Club address in November last year and Nine newspaper in February 2022, Defence Minister Peter Dutton’s tough talk would not go down well with Chinese voters. It could cost the LNP votes in the marginal seats where Chinese votes make a difference.

Peter Dutton’s stated intentions, as reported by Galloway (Sydney Morning Herald, 07/02/2022) was to “educate the Australian public and to ensure the past decade was not repeated in which Beijing had militarised the South China Sea.” He further stated that Australia and its allies will “lose the next decade” if we do not stand up to China. These statements may appeal to Australians whose perspectives on China have already been moulded by the biased mainstream media. However, it sounds very patronising to those among us who manage to keep ourselves well informed about China despite the plethora of propaganda in the msm.

In order to stand up to China so that we do not “lose the next decade”, the government had committed us to a blank cheque purchase of nuclear submarines that will cost scores of billions of dollars at the expense of more urgent needs elsewhere. Warmongers need to recognise that the weapons used today are so destructive that they render wars today paradoxical. If we are blessed with no war, then the weapons we purchase at huge expense are no more than useless window dressing. If we are “cursed” with a war, and are oxymoronically “lucky” that it is a limited one, then we may end up like Ukraine with Australians becoming refugees just like the boat people we have been punishing and maligning (children overboard) so severely for being victims of political misjudgement by their leaders. If it were a nuclear one, then there would be no one around to lose anything.

The second subject that he frequently talked about is joining the US in going to Taiwan’s aid in a military conflict with China (Hurst, 26/11/2021) which he attempted to pass off as a given. This is a particularly sensitive and agonising issue among Chinese people, not just the ones from mainland China but the Taiwanese and other Chinese from the Southeast Asian region (Brancatisano, SBS 09/02/22). Generally, Chinese Australians, whatever their origins and however diverse their thinking, do not want a hot conflict between China and Taiwan.

Despite their diversity, the Chinese are pragmatic people who do not think in a dichotomous manner. If there is any education that needs addressing, it is that unless grievously provoked, most Chinese do not allow bad politics to get in the way of a good business relationship. For instance, an official Taiwanese government document on the economic relationship between Taiwan and China (http:/www.taiwan.gov.tw>content_6) states “ Today, Taiwan is one of the biggest investors in China. Between 1991 and the end of May 2021, approved investment in China comprised 44,577 cases totalling US$193.51 billion. In 2020, the value of cross-strait trade was US$166 billion.” There appears to be continual dialogue on economic cooperation between the two states as evidenced by the following statement in the same document: “Most significant among the accords is the Cross-Straits Economic Cooperation Framework Agreement (ECFA) concluded in June 2010, which aims to institutionalise trade and economic relations between Taiwan and China.”

‘The local Chinese do not wish for China’s activities to stir up the feelings of non-Chinese majority against them. But while they may be proud of the achievements of China and welcome its support in cultural matters, they need to be careful about its “suffocating embrace”’ (Wang 2022; Fulcrum).

Moreover, they can see the irony of a political party professing to be pro-business during the lead-up to an election, but once elected play unnecessary and inept geopolitics to offend our largest trading partner and in that process ruin the Australia/China relationship.

Perhaps the government’s insensitivities derives from a conflation of its pro-US geopolitics, msm bias, and a lack of business culture. Amongst other skills, business requires public relations skills, objectivity, a willingness to negotiate and compromise, valuing the customer and their custom; and a long term view of the relationship. Ideology driven politics is not compatible with good trade relations. The US/China trade relations goes against this code of conduct only because the US is still the world’s leading power and their trade relationship is too big to fail.

Many Chinese Australians understand the reasons, both positive and negative, behind the government’s tough stand on China. However, it is confusing and distressing to them to witness loud haranguing that are not warranted or culturally sensitive.

Such faux pas will cost them votes, especially in those marginal seats that have large populations of Chinese Australian voters.

Against all kinds of fear mongering is the argument that China is what it is today and will continue to be economically and militarily strong because its economy is underwritten by trade with the rest of the world, one might even say with “friends and foe”. It would be counterproductive for them to destabilise the regions with which they trade. The Indo-Pacific countries may need an American presence to hedge against the rising power of China but it certainly does not need a bull in a China shop. Those Chinese Australians who understand this will vote accordingly.