Terry Irving, The fatal lure of Politics: the life and thought of Vere Gordon Childe 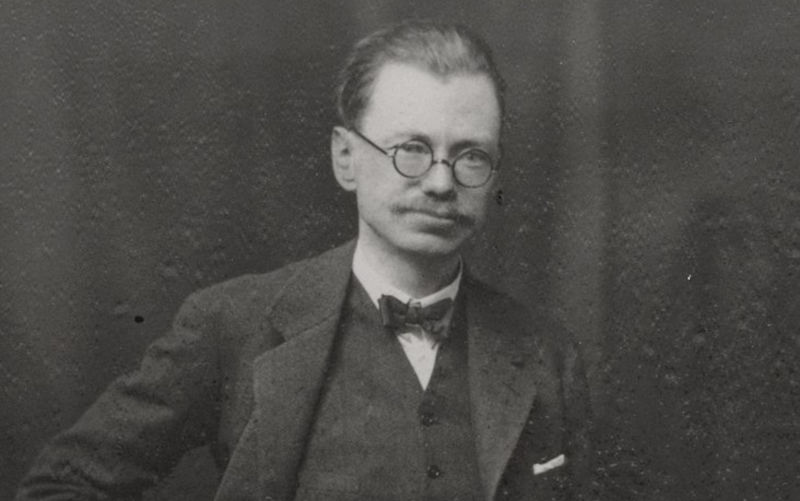 Certainly the best biography I read in 2022 and possibly the best non-fiction book in any genre, is Terry Irving’s comprehensive and incisive examination of the varied and controversial life of archaeologist, political theorist and leftist practitioner Vere Gordon Childe.

Much about Childe’s life remains mysterious, including his death in 1957 aged 65. To judge from comments he made and a note written in his last days, Childe suicided ‘going off’ a cliff in the Blue Mountains west of Sydney. It is unclear whether he was in despair or whether he decided to retain control of his affairs until the end. Throughout his life he had been under great pressure to change his political opinions, to leave positions of employment because narrow minded critics made his work impossible or to abandon friendships which some observers thought inadvisable.

Like all good biographers, Irving animates not only the life of Childe but also the social and political contexts which formed Childe and which Childe helped to mould in return. Of necessity, numerous names are mentioned as more or less influential in Childe’s development. Irving’s meticulous research even reveals ephemera such as the fact that the Shore school where Childe studied to matriculation level had been established in the mansion of the gold prospecting luminary Holterman – he of the huge ‘nugget’, that Childe had to counter attempts to woo Labor Party members by a right wing paramilitary group which DH Lawrence used as a model for characters in Kangaroo and that the famed archaeologist Indiana Jones recommended reading the works of Childe!

References are made also to Childe’s personal contacts with for example Frank Anstey, Henry Boote, John LeGay Brereton, Percy Brookfield, Percy Stephenson and GDH Cole, to his reading of theorists such as Benedetto Croce, and to left organisations such as the Fabians, the Workers Educational Association and the World Peace League.

Childe was a friend of William McKell, Herbert Vere Evatt and Robin Gollan. In those days, the Labor Party was quite young and its relationships with other working class organs was still being formed. Childe helped to provide the theoretical underpinnings of the party’s role.

Childe became adviser to Labor leader John Storey and then worked in the premier’s office (1919-20). There he had an ill-defined role between ministerial staff and the bureaucracy. Storey died and Childe returned to England to pursue other interests. In How Labour Governs: A Study of Workers’ Representation in Australia (1923), Childe explores notions such as ‘state socialism’ and the class struggle. Perhaps this book should have been better known but Irving notes that conformism and conservatism dominated thought in Australia between the 1920s and 1960s, when the journal Labour History was established and Childe’s book had a reprint.

In 1920 Childe returned to Britain and became a respected archaeologist. As prehistorian Childe’s most famous excavation was of the neolithic village at Skara Brae in the Orkneys and his most influential book was The Dawn of European Civilisation (1925).

Irving argues that Childe’s views began to form during his undergraduate years (1911-13) at the University of Sydney. There Childe developed ‘sympathy for militancy, contempt for “politicalism” and an interest in alternative working class parties and industrial organisations’. He attended demonstrations and direct action against ‘scabs’ during a gas strike and deplored the interventions of Labor ministers on the side of employers in several disputes. He admired workers who rejected Labor politicians, state appointed arbitrators and union bosses.

Childe then did postgraduate studies at Oxford, associated with Raymond Postgate and Rajani Palme Dutt, campaigned against the war and attracted the attention of British ‘security’ agencies. When he sailed for Australia in 1917, MI5 instructed the ship’s captain to ensure Childe did not disembark before arriving in Sydney.

As Childe still saw his future in intellectual circles he sought teaching positions at Sydney and for a time was employed by St Andrews College. Soon however, conservative forces were at work against him in both the university and the college. While he had some employment in the WEA, Childe encountered enemies there as well. Irving describes these conflicts very astutely, and the reader gains rare insights into these organisations.

Childe spent a time in Queensland where he worked within the government of JT Ryan and ‘Red’ Ted Theodore. This experience provided him with a broader perspective on how Labor behaved in New South Wales.

As if the biographical task of describing the important moments in Childe’s life and career were not challenge enough, Irving also tackles courageously developments in Childe’s thought and writings and notes the influence of thinkers such as Francis Anderson, John Hobson and Harald Ingemann Jensen. Through detailed research into a vast correspondence, Irving notes that Childe started to sign off ‘Yours for the revolution’. Childe is fortunate to have such an astute biographer.

Another feature of responsible biographers is that they do not pretend to be able to distance themselves entirely from the writing process. Irving notes his own role as a Sydney campus radical and his own commitment to the left is clear in his long involvement in the journal Labour History. He even uses the experiences of a grandfather as an example of public attitudes to strikes.

This is a scholarly book and a very readable one. It should be compulsory for anyone interested in freedom of thought, the intellectual underpinnings of the left, the numerous compromises made by pragmatic Labor politicians, and in archaeology, palaeontology, history and related disciplines. Terry Irving has provided a case study in all of these themes and more. Vere Gordon Childe’s accomplishments under duress were remarkable and he should be better known.

Copies of Terry Irving, The Fatal Lure of Politics: the Life and Thought of Vere Gordon Childe, Monash University Publishing, 2020, are available here.