A major public storm has erupted in Victoria about the government’s decision to locate a new juvenile justice detention centre at Werribee in the city’s south west. Locals see it as demeaning to their neighbourhood, but, in my view, it’s the whole idea is wrong, NOT the site!

Putting 250 behaviourally disturbed kids of different ages with different needs in one prison-like institution is a recipe for further trouble. We should have learned that from riots across the country, from Don Dale in the NT, to Parkville, Malmsbury and Barwon in Victoria, Banksia Hill in WA, or Kariong in NSW.

The root of the present problem is in trying to impose a failed adult corrections model on kids. We need to treat them differently because they are different: their emotional maturity, impulse control, and social connectedness are incomplete. Many of the kids in the juvenile justice system have been abused, come from dysfunctional families or state care, or have untreated behavioural, mental health or substance abuse problems.

Warehousing them in the punishing idleness of a prison regime and expecting passive compliance, let alone any recovery is fanciful. We need to think about how we care for these kids in a holistic way: 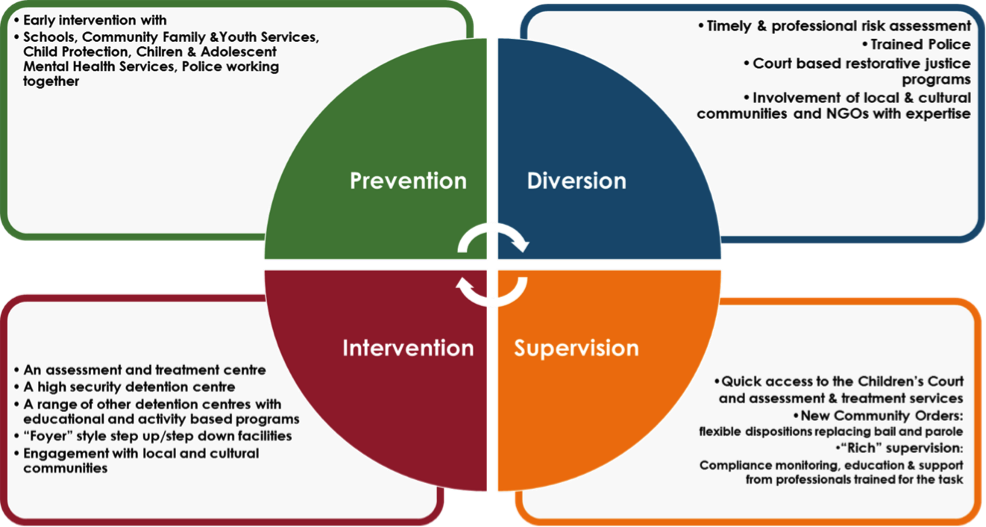 To get this going in Victoria,

This will cost A LOT, but at least it has some chance of not being good money wasted after bad which is what a continuation of the current model will deliver in wasted lives.

And, then, Werribee like every other part of the state might be happy to take have one or more of these facilities … because they’re OUR kids!

Terry Laidler is an Honorary Senior Fellow in the School of Population and Global Health at the University of Melbourne and chaired the  former Victorian Mental Health Reform Council.

Terry Laidler is a psychologist and a former ABC Melbourne Drive presenter. He chaired the Victorian Road Safety Co-ordinating Council in the early 1990s through the Drink, Drive, Bloody Idiot campaign that saw a paradigm shift in road safety in the state.