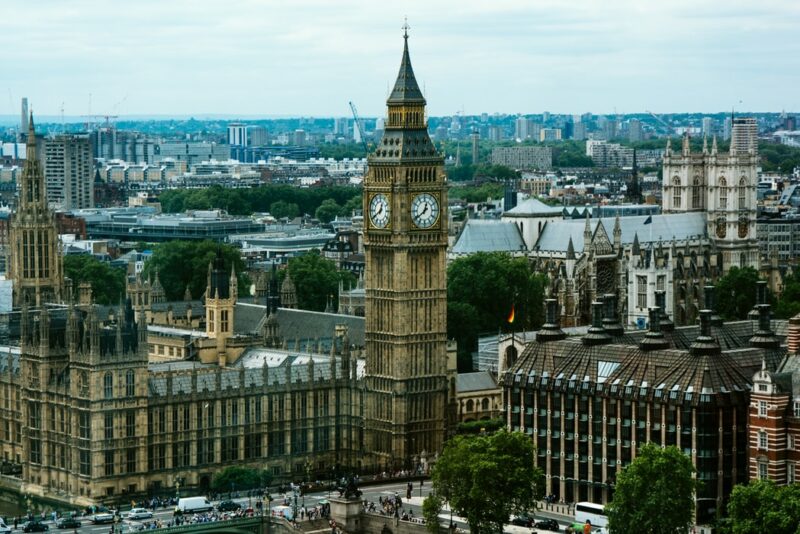 It’s arguable that Britain’s path to this point — where it is at risk of decaying into a ‘competitive authoritarian’ regime — can be traced back to the first of the ‘conservative’ think tanks.

Britain’s democracy is in a perilous state. While 100 scholars of democracy recently posted a letter expressing their fears about the imminent threat to America’s political tradition — echoing many voices — the awareness of the threat to Britain’s Westminster system is less prominent, drowned out by the shambolic handling of the Covid crisis.

Like America and Australia, Britain’s government is at risk of decaying into a “competitive authoritarian” regime.

Arguably, Britain’s path to this moment of authoritarian threat began in World War II. Economist Friedrich Hayek’s Mont Pelerin Society provided an inspiration for the emerging libertarian thinkers. His ideas underpinned their resistance to the threat of totalitarian regimes in general, and Keynesian interventionist government in the UK in particular.

Ironically, the libertarian think tanks that proliferated in the following years have become a phenomenon that argues strenuously for freedom for the richest but have produced a political group that is attempting to impose growing authoritarian control of resistance in the populace more broadly.

Inspired by a meeting with Hayek, chicken farming magnate Antony Fisher followed the academic’s advice to found the first of the “conservative” think tanks that have achieved their goal most effectively: Hayek’s recommendation was that they should aim to change public opinion against government intervention in the free market through academic arguments, filtered through journalists, the “second-hand dealers in ideas”.

After establishing the Institute of Economic Affairs (IEA) in 1955, Fisher went on to found the US-based Atlas Network in 1981, which has promoted a metastasising international web of 500 of these bodies that have worked to foster “ultra free market” ideas. The Australian Institute of Public Affairs (IPA) is one of those Atlas affiliates.

The “shells” of ideas took explosive effect under Margaret Thatcher after Tory minister Keith Joseph introduced her to the IEA and then set up his own think tank, the Centre for Policy Studies, in 1974. These groups created the body of ideas that constitute Thatcherism.

The European Research Group (ERG) was founded in 1993 as a Eurosceptic force in conservatism. The urgent crisis in Britain’s democratic tradition began in the culmination of the ERG’s work during the lead up to the Brexit referendum.

It was clear during the campaign in 2016 that the work of private funders, shady internet forces such as Cambridge Analytica and the might of the radicalising tabloids was working to distort Britons’ ability to vote on the facts. The anger of the populace at the government’s austerity measures following 2008’s financial crash fuelled the fire.

The fostering of ethno-nationalist bigotries and fears was a key factor in the Vote Leave campaign. It is uncertain how much of this was driven by genuine jingoism amongst the leaders, and how much was a move to capture Nigel Farage’s UKIP voters.

The deployment of unreliable propaganda has been clearly apparent under the Conservative Party. Boris Johnson’s Vote Leave campaign was filled with disinformation and his last election campaign was marked by the scandal of a “fact-checking” website run by the Tories that in fact disseminated lies. Johnson’s alleged lie to the Queen in order to suspend parliament was perhaps the most dramatic.

There is evidence of competitive authoritarianism’s misuse of government funds to support the incumbent. In 2021, for example, Labour is demanding that the Tories pay back £580 million of government money misspent on polling, while in 2019 the government misused £25 million on partisan Facebook advertisements.

While Britain has been protected from the fringe hysteria of its tabloid newspapers in the critical television news market, a hedge fund manager, an investment firm and the Discovery group are working to undo the “fairness” tradition with a local Fox News-style competitor for established news services. The early appearance of GB News is amateurish, but Sky News Australia’s former boss Angelos Frangopoulos is its CEO. Our own antipodean “Fox” has shown that inflammatory clips on YouTube can have at least as much impact as a successful television station.

A series of laws are under discussion in the UK in mid 2021 that political journalist Ian Dunt describes as “some of the most draconian authoritarian legislation” for decades.

Priti Patel’s Home Office has proposed changes to the Official Secrets Act to remove a “public interest defence” that would see journalists relabelled as spies and jailed for up to 14 years.

Whistleblowers, sources and publishers would face similar risks. This is on top of the Investigatory Powers Act of 2016, that instituted a chilling surveillance power over citizens even those not suspected of any crime.

UK defamation laws are already one of the strongest protections the world’s powerful have against investigative journalism, with new oppressive secrecy provisions proposed. They work with striking effectiveness to limit publicity about the ugly sources of money brought into the UK by kleptocrats.

The Tories have been working for a year to neuter their electoral commission, aiming to make it subject to the government of the day. The Elections Bill of July 2021 also introduces a voter ID bill that Labour argues threatens to “lock millions of people out of democracy”. Like America, voting is not compulsory in the UK which opens up voter suppression strategies not available to those chipping away at Australian democracy. Cynicism about politics and politicians has had a marked effect on voter turnout in recent decades in the UK, but came to pervade all sectors of the electorate overwhelmed with disgust and frustration about the manoeuvres either side of the Brexit referendum.

In the wake of Black Lives Matter protests highlighting the injustices of Britain’s treatment of its non-white citizens, and growing protests over inadequate climate action, Patel’s Police, Crime, Sentencing and Courts Bill imposes restrictions on protests, including allowing the home secretary the ability to decide which protests have permission to take place. It enables terminating protests at will with the ability to jail protesters even if they are not aware that the protest has been ended. If any police officer suspects those in the area experience “serious annoyance”, a protest can be suspended.

Britain has a sizeable problem to manage its share of the large numbers of displaced who have turned to Europe for sanctuary. The amplification of fears by rancid and bigoted campaigns in the tabloids have made this a problem of perception as much as logistics. Patel’s responses have a distinctly Australian odour.

Patel has also brought forward the Nationality and Borders Bill which will make asylum seekers entering the UK “illegally” liable to be jailed for four years. Sentences for people smugglers will be increased to life behind bars. The clause that limited this category to “for gain” will be removed, suggesting that charities and rescuers helping asylum seekers will be caught up in the Bill’s remit.

Also in this Bill is the proposal to establish an offshore asylum seeker processing centre on Ascension Island, 7000km away from Britain. Offshore processing of asylum seekers is an affront to the rule of law, deliberately preventing them having access to lawyers and doctors.

Under the guise of making the courts more efficient, the judicial review Bill removes appeals for asylum seekers setting a precedent for excluding the most marginalised from appealing against government decisions.

It remains to be seen how much these distortions of the democratic playing field will develop as the current rash of ugly bills is debated.

White nationalist pressures risk pushing Britain towards a violently divided nation, where authoritarian laws crush public sentiment that does not fit within this mould. The Tory culture war attack on “woke” aims rather to chill the voices of diversity while privileging those who are proudly “incorrect”.

It is clear, however, that the think tanks have had an impact. When Johnson’s first government was gathered around a table, 14 figures were alumni of IEA initiatives. The ERG was profoundly influential in the “hard Brexit” arguments that have gone on to make British lives harder. Shelves are bedevilled with gaps in 2021. Tens of thousands of citizens are dead after a chaotic government response to the pandemic.

Utter contempt for the proper role of government demands a price. Malign distortion of proud British traditions threatens the ability of the state to govern. Utter disdain for the rule of law and the trashing of long-held democratic rights is far too high a price to pay. 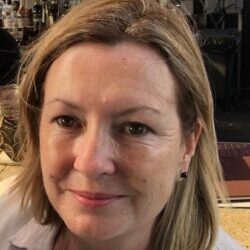