The ‘100-year flood’ and the floor levels of houses 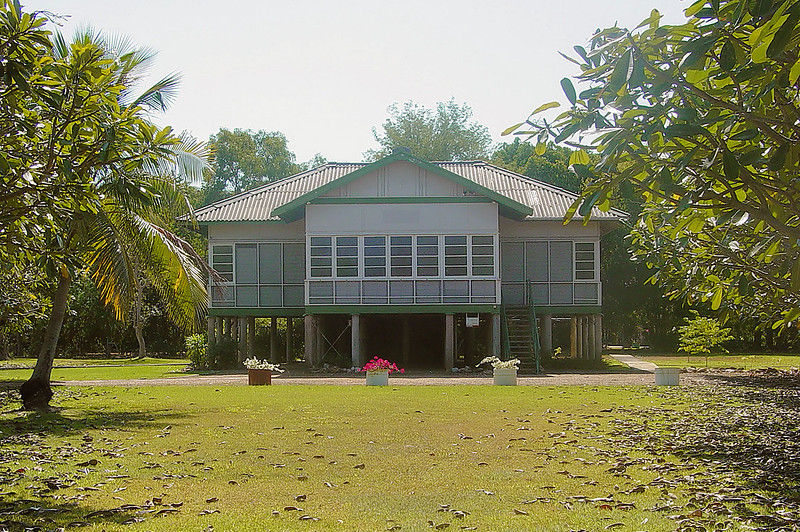 The so-called ‘100-year’ (or 1% Annual Exceedence Probability) flood has two main uses in the public domain in Australia. Both are problematic, though not intentionally so on the part of those whose professional activities are bound by its use.

At one level its use in the media tends to mislead people about flood frequency by seeming to minimise the likelihood of a near-term repetition of a significant flood, and at another it provides a less-than-optimal basis for land use decision making in areas that are liable to flooding. I dealt with the first of these points in an earlier post on Pearls and Irritations; now I examine the second.

New South Wales (and indeed all the other Australian states) operates to a rule as regards the construction of new dwellings in areas that are prone to floods. Floors must be above the height estimated to be reached by the 1% AEP flood, plus an allowance (50 centimetres in NSW) for freeboard. The freeboard element was introduced to cover uncertainties in the estimation of the height likely to be reached by the 1% flood.

The rule In NSW came into being in 2007. Before that, a ‘merits approach’ applied in which decisions about the level below which floors should not be built were made using judgements about individual cases. These took into account social and economic considerations and the risk to life which is associated, amongst other things, with the hazard (the product of velocity and depth of flood flows, which can differ greatly between locations). Earlier again, going back to the 1970s, the highest known flood in a locality was ‘deemed’ to be the 1% AEP flood and permissible floor levels were tied to this height.

In effect, the 2007 decision took the state back to its original height-related regulation, but with the addition of the element of freeboard which in part recognised that calculations were based on estimations from data series which were quite short. With our limited history of reliable flood records (less than a century in many areas), not to mention the complexifying factor of climate change, it is not possible to be certain about the accuracy of estimation of the 1% AEP event.

There are various things wrong with the current rule, but the principal one is that it takes no account of risk. It is a purely statistical standard and the degree of risk is not the same in the 1% flood at different locations. The rule gives the illusion of an equality of both standard and risk between locations.

In places like Bourke, Nyngan and Forbes on the western plains, the difference between the assessed 1% flood level and the level likely to be reached by the highest flood possible (the Probable Maximum Flood) is small perhaps of the order of a metre or a little more. In eastern NSW the difference between the 1% event and the estimated PMF is invariably much greater: at Windsor, on the Hawkesbury, it is about nine metres. This is because the topographical constriction (‘choke’) of the Sackville gorge downstream of Windsor impedes drainage, allowing floods to reach great heights when inflows from tributaries entering upstream exceed the outflows through the gorge. Other river valleys in the state also have such constrictions, though they are less dramatically ‘effective’ in limiting drainage than in the Hawkesbury case: two instances are the Georges River, which drains much of south-western Sydney, and the Bega River in the state’s far south.

Even where there is no choke, as at Lismore, floods can rise far above the level of the estimated 1% event: Lismore’s PMF is of the order of four metres higher than would be reached in the 1% flood and at least a metre and a half above the level recorded in the extremely severe flood of earlier this year. At Maitland, on the Hunter River (where the storage capacity of the floodplain is greater than at Lismore), the assessed PMF is nearly three metres higher than the 1% level.

It follows from all this that houses whose floors are, say, a metre above the 1% AEP level in the western towns mentioned could be flood-free even in an extreme event, whereas the same is not true in the towns and suburbs on the rivers that flow to the Tasman Sea. The consequence is that large-scale housing development in a valley such as that of the Hawkesbury will put many houses in danger of inundation in floods larger than the 1% event. Indeed many thousands of houses, developed over recent decades, are at such a risk in the Hawkesbury and the number is increasing rapidly. This is, after all, edge-of-metropolis territory where the pressure to develop to accommodate Sydney’s growing population is intense.

What should we do about this? Firstly, we should recognise the real difference between the ‘western’ and ‘eastern’ flood regimes, and indeed the differences between river valleys generally as regards individual locations in terms of the potential reach and hazardousness of floods in extreme events. Recognising this would lead us to implement a different (indeed higher and more restrictive) standard for house floors for each location. The 1% standard would be seen as inappropriate and we would revert to something like the ‘merits approach’ of former times, consistent with society’s adaptation to a risk-based approach to the habitation of our floodplains.

Such a change would probably be resisted by technical services staff on councils. Understandably, they prefer the ‘cookbook’ approach which is based on a reasonably easily-calculated 1% AEP level. Applying a simple statistical standard is easier than having to make a complex judgement. Reverting to the merits approach would not be without its difficulties, therefore, and new guidelines would be needed for council planning staff to operate from. Much assistance would be required from the state government through its Department of Planning, Industry and Environment as the lead organisation for floodplain management in the state.

The current approach is simply untenable. Without doubt it is leading to very large numbers of people being placed in positions of great risk come rare (but nevertheless inevitable) floods reaching higher levels in some cases much higher levels than the 1% event would produce. In all likelihood the number of houses being built in NSW with floor levels between the 1% level and levels well below those likely to be reached by PMFs is greater now than it has ever been in the past.

Our regulatory framework, in this instance, is not fit for purpose. It is in fact a substantial contributor to the problem that is being created on floodplains. The case of the Hawkesbury-Nepean is not the only instance of this, it is merely the most spectacular instance in the valleys of the eastward-flowing rivers of the state. The equivalent problem does not exist west of the Great Dividing Range where the topography is different and the demand for new housing is with few exceptions relatively small and there is less developmental pressure on floodplains.

NSW, and indeed all states, needs to re-think radically its approach to setting minimum floor levels for new houses. The current standard is logically flawed and not sufficiently conservative given the serious outcomes it must at some stage produce. Worse yet, climate change will almost certainly make its deficiencies even more apparent than is now the case as what is currently thought to be the 1% AEP flood is experienced more frequently.

It is abundantly clear that we need to restrict housing (and indeed commercial and industrial development) on floodplains in eastern NSW to a greater degree than we do at present. In essence we need to move the ‘lines’ below which development is not permitted to higher levels on floodplains: we need to confine development to flood-compatible land uses not only on the ‘lower’ floodplains as we do now but also on their middle levels.

Ideally, one might argue, we should go even further and prevent all development apart from agricultural and recreational uses on floodplains. Politically, though, applying a blanket restriction on development on the higher parts of floodplains (which would be inundated in only the most extreme flood events with recurrence intervals of thousands of years), would be impossible. It would be seen as unduly harsh on development interests and would have many unintended adverse effects. Redevelopment to allow rejuvenation of ageing housing stock, for example, would have to be prohibited.

That point aside, there is a horrible inevitability that awaits if changes are not made to our regulations on floodplain development, and soon: a genuinely big flood on almost any of our eastward-flowing rivers will enter many new and relatively new houses. In the Hawkesbury, many thousands of dwellings will be affected. Happening there, the economic and other costs imposed upon the community of the time, the insurance industry and government will be massive. We need to act, not timidly but decisively, to stop the problem escalating even further than it already has.