The ABC’S Fog of War on Ukraine 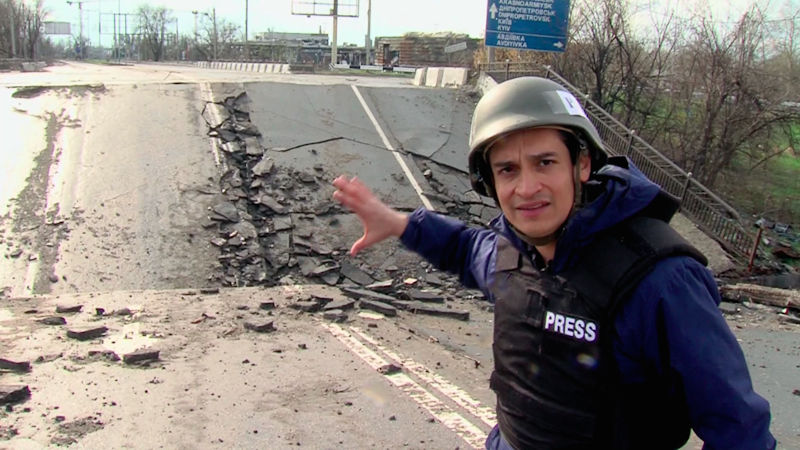 Holing up in hotels or far from the action will only reinforce the maxim that truth is the first casualty of war. Image: Wikimedia Commons (Carlos Gonzales in Ukraine 2017)

The ABC war correspondents had a rich canvas to paint their stories. Yet they got nowhere near the scent of truth.

It was Clausewitz in his classic study ‘On War’ who provided the inspiration for the phrase ‘Fog of War.’ Clausewitz understood that in the heat of battle both sides lack clarity on how the campaign is progressing. It required “a skilled intelligence to scent out the truth.”

It is not only military strategists who strive to achieve a forensic analysis of the status of the competing armies. War correspondents require penetrating intelligence and lateral skills if they are to provide accurate accounts to their audience of events on the home front and battlefield.

To be a war correspondent it is necessary to be well read on the origins and evolution of the conflict. War is (as Clausewitz noted) the continuation of politics by other means, and correspondents need to be steeped in knowledge of the politics that preceded the outbreak of hostilities. Moreover, to be reliable witnesses to seismic events war correspondents have to be as close to the eye of the storm as possible.

Holing up in hotels or far from the action will only reinforce the maxim that truth is the first casualty of war.

The great war correspondent Martha Gellhorn possessed not only a first class mind that enabled her to grasp the politics of the conflict but the courage to be an eye witness of hostilities. She was there on the beaches on D-Day as one of the seminal battles of WW2 that broke the resistance of the Third Reich was played out.

The ABC could have used someone of Gellhorn’s stature in reporting the Russian-Ukrainian war. Instead its correspondents gave a text-book example of how not to report an event that was recasting European power relations and had global implications

In Australia serious TV news and current affairs content is spearheaded by the public broadcaster. Its role becomes even more important at times of seminal national and international events. The commercial channels are mired in a race for ratings and profits and even with serious issues they unfailingly race to the bottom with their staple infotainment format designed to maximize eyeballs for the ads that are their lifeblood.

Given the pedigree of the ABC it is fair to say that it would be attractive to those who scorn employment at commercial TV stations and want to work in a challenging environment that is not ruled by the values of the market.

But good intentions are not enough.  ABC management has dismally failed to put resources where they are needed. Its foreign coverage is a stale and pointless repeat out of Washington and London. The Royal family is so important!

Right from the outset the ABC TV coverage was a shambles. Their frontline correspondents quickly revealed their limitations. They were simply not up to the task of conveying with depth and clarity the politics of the two sides that led to the war, and they made no attempt to get to vantage points where they could offer cogent empirical evidence of battlefield developments.

Isabella Higgins, ABC European correspondent, looked completely out of her depth. From her hotel and kitted out in a helmet and flak jacket she exhibited no understanding of the cardinal issues that ignited the war and the unfolding state of hostilities.

If Higgins was ever in Kiev, she quickly departed for Lviv where fleeing Ukrainians went because it was far away from the military fronts. Higgins heard not one shot in anger, and all we got was footage drawn from sources much closer to the action than Higgins managed to achieve. All that Higgins came up with was superficial reports focusing on human interest angles and descriptive passages about a brave defender of democracy confronting a behemoth of evil in the form of Putin.

The other ABC correspondent made it to Kiev. But his reports were as slipshod as Higgins and he skipped Kiev within a few days and henceforth filed reports from Romania.

Simply put the ABC had no reporter in Kiev. The live crosses descended into farce. All viewers got were Higgins and Nick Dole in Romania fronting the camera in places where the war was not touching and a commentary lacking a scintilla of critical analysis of the issues at stake and an independent account of the course of events on the battlefield.

Those based in the ABC TV studios added little to the paucity of views coming from the overseas based reporters. The 7.30 Report is the flagship daily TV current affairs program. Lacking war correspondents based at the front and steeped in the history of the issues being fought over Leigh Sales fell back on interviewing the usual suspects based in the Washington beltway. ABC TV reporters are like moths to the candle in their pursuit of ex-US administration figures with sinecures in establishment think tanks or conservative academics with stultifying viewpoints.

Predictably all Sales got from her interviewees were crude caricatures of Putin, and praise for the plucky defenders of democracy in Kiev. Sales fell into line with the Washington beltway view of the war.

Then there was the ubiquitous Stan Grant. Grant’s interviewing style is to deliver long monologues on his interpretation of events and after exhausting his interviewees and audience put his question. Grant in his contribution followed Sales’ example in interviewing a narrow range of guests from conformist local and overseas institutes and predictably the line available on the 7 30 Report was repeated ad nauseum in Grant’s specials on Ukraine.

Beverley O’Connor is the presenter of the nightly ABC TV current affairs show ‘The World’.  Peter Hartcher of the Sydney Morning Herald pops up constantly on her program to reinforce O’Connor’s right-wing view of every international hot spot. O’Connor’s shtick is to ask a question and provide the answer she wants at the same time. On Ukraine, O’Connor simply asked those she was interviewing to agree that Putin was the embodiment of evil crushing a democratic state. They duly complied.

When a Ukranian politician who happened to be marooned in Florida told O’Connor very early on in the war that in any peace talks it must be stipulated that Russia must immediately withdraw and concur with Ukraine joining the EU and NATO, O’Connor failed to respond that those two issues were exactly the ones that made Putin launch the war. She could also have utilized the perspective pushed by her guest to ask if the West was complicit in installing Putin, and launching the war. For from the outset of his tenure Putin’s pitch for the role of President was his pledge he would roll back NATO’S eastward expansion.

In a nutshell, lazy assumptions like the Ukraine is an unblemished democracy battling an authoritarian regime dominated across the board in the ABC TV coverage of the conflict. This camouflages the fact that each side has a seamy nature, and robust and accurate reporting should highlight this fact.

For example, in Ukraine there is a media monopoly, and oligarchs run the commanding heights of the economy. In essence, it has a power structure similar to Russia. Also as late as 2015 there was widespread praise in the Ukrainian parliament for nationalist military organisations that engaged in ethnic cleansing during WW2. Jews and Poles were the target of these organisations. Putin’s claim that elements of the ruling elite in Ukraine have neo-Nazi links was derided instead of being seriously put on the scales when weighing up the war guilt issues surrounding the conflict

In sum, the ABC war correspondents had a rich canvas to paint their stories. Yet they got nowhere near the scent of truth necessary if the causes of the war and state of military operations were to be conveyed. Their failures were replicated across the range of ABC TV programs. The result was the triumph of the Fog of War. 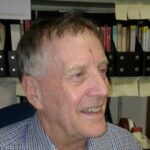