The Aged Care Royal Commission: the government responds with more money but the structural problems remain. 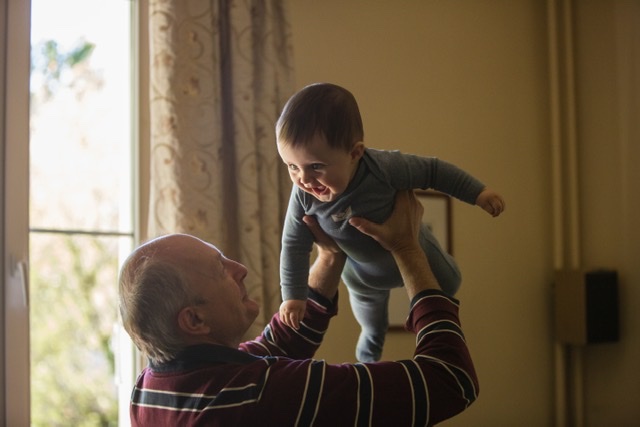 The Royal Commission’s first report elegantly articulated the problems that needed to be fixed. The Royal Commission’s final report was full of inconsistencies but had something for everybody. The ‘winners and losers’ have now been revealed in the government response and 2021 budget – and surprisingly, they are not who the government would like you to think they are.

The government delivered its much anticipated response to the Aged Care Royal Commission (ACRC) alongside its 2021 May budget. It was heralded by the government as a ‘reform package’ that will ‘transform aged care’ with funding increased by $17.7b over five years.

While the issues exposed by the ACRC were not new, the Morrison government has responded by delivering a much-needed injection of funds – the highest amount ever allocated to aged care in a single budget process. There are a number of important ‘wins’ in this budget package. But, on the whole, the changes are iterative and incremental.  There is little that is truly transformational.

Some winners – the low hanging fruit

Our earlier article identified low hanging fruit the government could easily get on with. There were no surprises that each of these was adopted by the government and included in the budget:

These are all welcome developments and good first steps. They represent some quick wins and should result in visible improvements over the next few years.

But more will be required. As one obvious example, it is simply not possible to fix aged care if aged care workers are not paid a living wage. There is overwhelming evidence that the quality and safety of aged care depends on the ability to attract and retain staff and there is a major work value case going to the Fair Work Commission later this year.  Yet the $17.7b for aged care in the budget makes no provision for pay rises that might be awarded and it appears that the Commonwealth is not a party to the case. Someone will have to pay for it. The only question is who. As usual, the devil is in the detail.

The government has adopted several recommendations of the ACRC. If implemented well, they have the potential to improve the quality, safety and efficiency of aged care. But it is a big ‘if’. The Commonwealth does not have a good track record on implementation.

The Royal Commission was split on this issue. The government has largely adopted the arrangements recommended by Commissioner Briggs whereby governance responsibility remains in the hands of Commonwealth public servants. The government has agreed to new governance arrangements including an Inspector-General of Aged Care and the introduction of two advisory groups – a National Aged Care Advisory Council and a Council of Elders. It remains to be seen whether these new arrangements have any ‘teeth’ and make any real difference.

The government has finally adopted mandated minimum staffing ratios for nurses and personal care workers. But these do not start until October 2023 and the ratios adopted are lower than recommended by the Royal Commission. Physiotherapy, occupational therapy, podiatry, psychology, social work, speech pathology and pharmacy should all be core services integrated into aged care teams. Yet allied health was left out completely. Again, the devil is in the detail.

Not surprisingly, we are delighted to see that the star rating system we recommended has been endorsed by government. This has the potential to provide older people and their families with information to make informed choices as well as a mechanism for providers to account for where their care funding dollars are being spent.

However, recent evidence from the US star rating system, on which the Australian version has been modelled, has shown how it can be manipulated if it is left up to providers to self-report.  The government has announced that providers will self-report staffing levels quarterly. We had recommended that they be required to submit their payroll data.

For the government, the budget and formal response represents the end of the Royal Commission process. The ACRC has reported and the government has responded, seemingly with something for everyone. Now we can all move on.

But no one should not be fooled by this. At its heart, the response (like the Royal Commission’s recommendations) fails to address the underlying structural and ideological factors that have shaped the aged care system we have today.  While extra funding and the changes proposed will improve the system in the short term, the deep fundamental problems of the aged care system will not go away. It will only be a matter of a few years before the system is back in crisis again.

The government’s response maintains the narrative that aged care is a commodity and a lifestyle choice and that market forces are the best means to drive quality, efficiency and innovation.  The market ideology underpinned the 1997 Aged Care Act and has driven ‘reforms’ since then.  It is at the very heart of many of the biggest failures that led to the ACRC in the first place.

The first report of the ACRC recognised this when it concluded that aged care is not, and never can be, a competitive market. Aged care is 80% funded by taxpayers and that will not change. Most people go into an aged care home after an acute hospital admission, after a major health crisis or after everything has just become too much. Few people have the luxury of time and capacity to ‘shop around’ before choosing the provider that best meets their needs. Few have the stamina to move between homes if their needs are not being met.

Even with a family able to help, the information that would enable an informed choice simply does not exist.  The five star rating system may help with this – eventually. But it will take many years and, again, the devil will be in the detail.  Making a decision about aged care is not like buying a new fridge.

A prime example of the continuing naive belief in the market is the government decision to uncap the supply of aged care beds. The government intends to allocate packages directly to consumers, arguing that “Senior Australians will … have more control and flexibility to select a residential aged care provider of their choice”.  The idea that this will drive poor performers out of the market is simply naïve. This is particularly the case because they intend to abolish state-run Aged Care Assessment Teams and privatise ‘independent’ assessment at the same time, creating a perfect opportunity to increase supplier-induced demand. Providers will be the ultimate winners.

Funding accountability and the regulation of profit

The ACRC failed to make recommendations to end excessive price gouging, particularly in home care, and to regulate excessive profit. While minimum staff ratios will necessarily limit excessive profit in residential care, home care providers can largely continue as they are.

A number of new measures have been introduced to enhance transparency, put ‘downward pressure’ on administrative costs, improve financial and prudential monitoring, and increase regulatory activities regarding quality and safety. This is on top of existing processes that have been underway now for several decades.  It is unclear how these will work any better than what has gone before.

People using aged care services, particularly residential aged care, are now frailer and have more complex needs, with one third approaching end of life at the time they enter care. The Royal Commission highlighted the need for improved integration between health and aged care services in order to meet their needs.  While nursing and personal care staff levels will be enhanced, there is no real strategy about how the range of allied health skills needed (physiotherapy, pharmacy, speech pathology etc.) will be incorporated into the existing mix.

The government response continues to treat aged care as a silo separated off from health care. The privatisation of Aged Care Assessment Teams (ACATs) is back onto the agenda under the guise of a ‘single assessment framework’, despite the agreement by Health Ministers in February 2020 that this would not proceed.  The core problem here is that the Commonwealth is in its comfort zone when it treats aged care simply as a financial transfer program and not as a complex human service delivery system.  As with any financial transfer program, ‘assessment’ is used to determine eligibility rather than what people actually need.

Conclusion – who are the winners?

For aged care providers, the outcome is largely business as usual, albeit with better funding. While more regulation and oversight is proposed, the sector has a history of successfully watering down such measures within no time at all. There is no reason to assume it will be any different this time.

These issues, along with others, must inevitably be addressed to ensure that Australia’s aged care system develops into a universal system of care and support that is needs-based, safe, kind, respectful and affordable. They remain on the table as key issues for the next election or beyond. 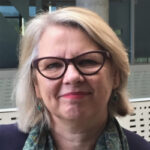