The Albanese Government’s first budget: so far so good 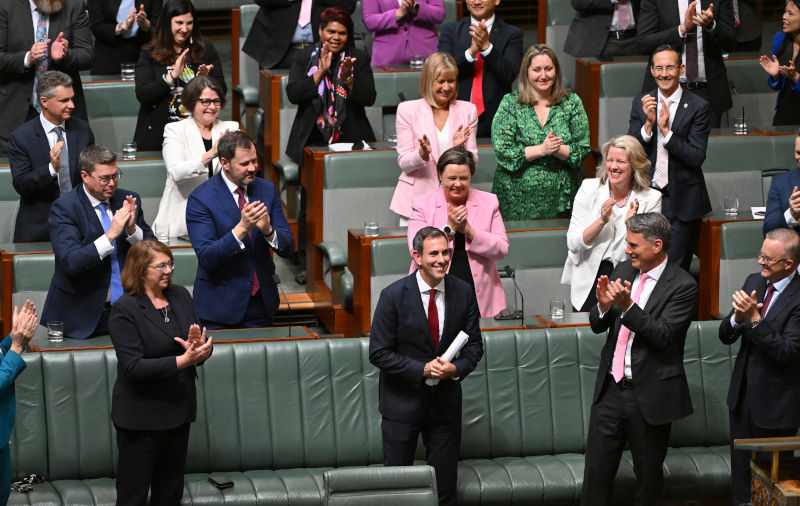 As best can be judged at this point of time, this Budget gets the balance right between the need to bring inflation down while avoiding a recession. But many difficult decisions lie ahead.

According to the Treasurer, the principal task of this Budget was to ensure that inflation is brought back under control within the Reserve Bank’s target range of 2-3 per cent, but without causing a recession. To this end fiscal and monetary policy need to work in tandem, and the Budget deficit had to be reduced – as it has been – but not by so much or so quickly that it plunged the economy into recession.

At the same time, this Budget has managed to finance the Government’s election promises without adding to the deficit. These election promises were generally well-targeted to provide responsible cost-of-living relief, while also “building a stronger, more resilient and more modern economy”.

Of course, the Budget benefited from the boost to revenue flowing from the higher commodity prices that are a key source of the increase in inflation. Over the four years to 2025-26, the Treasury forecast $144.6 billion more in tax revenue than was expected at the time of the election.

This extra revenue is partly offset by increased spending, mainly necessitated by higher inflation. But to its credit, the Government has maintained its discipline, and almost all the additional spending on its new policies is paid for by offsetting expenditure savings. As a result, according to the Treasurer, 99 per cent of the additional revenue from the upgraded tax estimates will be returned to the Budget over the next two years, and 92 per cent over the next four years.

Judging by the forecasts in the Budget, the Government will probably succeed in its immediate task of reducing inflation while avoiding a recession. This would certainly be an achievement, especially given the outlook for the rest of the world.

The IMF is forecasting that about a third of the world economy faces two consecutive quarters of negative GDP growth (the technical definition of a recession). This would include a US GDP contraction in the first half of 2022, a euro area contraction in the second half of 2022, and prolonged COVID-19 outbreaks and lockdowns in China along with a growing property sector crisis. All of which will impact on Australia.

Nevertheless, although the deterioration in the economic outlook since the election reminds us of how uncertain forecasting can be, in my opinion the Treasury forecasts are reasonable. The Treasury expects the Australian economy to grow solidly this financial year, by 3¼ per cent, before slowing to 1½ per cent growth in 2023-24.

This slower economic growth will obviously hit employment and living standards. Employment growth will slow to a low of ¾ per cent in the next financial year, but unemployment is expected to remain low by historical standards, at 4½ per cent in 2023-24 and 2024-25.

Inflation is expected to peak at 7¾ per cent at the end of this year, before returning to the Reserve Bank’s target range of 2-3 per cent in 2024-25. Wage growth is starting to pickup again, but real wages will not stop falling until next year, and by 2025-26 real wages will still be lower than before Labor gained office.

Understandably, the main immediate criticism of this Budget, led by the Opposition is the rise in the cost of living, and the fact that the Government is resisting any financial further assistance to help families cope. And Labor did highlight the cost of living during the election campaign and created an expectation of future real wage growth under Labor.

The Government’s response is that the Budget is delivering a “five-point plan for responsible and targeted cost-of-living relief” based on:

Some of these measures, such as the cheaper child care, will also add to Australia’s economic potential. Only a minority of people will, however, benefit at any time from this cost of living assistance, and there are delays before these measures take effect.

Probably the most highly publicised threat to the cost of living is the increase in energy prices. Treasury has assumed that retail electricity prices will rise by an average of 20 per cent in late 2022, and a further 30 per cent in 2023-24. Retail gas prices are forecast to increase by up to 20 per cent in each of 2022-23 and 2023-24. Understandably the Government is now copping a lot of criticism for its election promise that it would lower the average household electricity bill by $275 a year by 2025.

However, subsidising the cost of energy would only increase the price pressure and the Government seems determined not to go down this road. Instead, as the Treasurer has indicated, it would be better to change the regulation of the Australian energy market so that adequate supplies at a reasonable price are reserved for Australian customers.

So far so good, but where to from here?

While this Budget has most likely stabilised the Australia economy and started to introduce a raft of useful election promises, a critical question is what more needs to be done to ensure that Australia does better in future than in the last decade or so.

The fact is that in the last decade under the three Coalition governments the Australian economy stagnated, real wages hardly increased, and the provision of far too many public services was inadequate.

Over the 8 years from 2012-13 to 2020-21 real GDP per capita only grew at an average annual rate of 0.6 per cent. Similarly, during much the same period, between December quarter 2013 and December quarter 2021, under Coalition Governments real wage growth only averaged 0.3 per cent annually. And although government spending accelerated in response to the Covid pandemic, prior to the pandemic, under the Coalition, Australian Government outlays only increased by 1.7 per cent a year on average in nominal terms, which means that in real terms there was no increase, and consequently a decline in essential services per capita.

I have argued extensively elsewhere that the low wage growth was a cause and not just an outcome of the economic stagnation. It was the low wage growth and increasing inequality that led to low consumer demand, which then explains a fall in the investment share and thus a slower rate of innovation and productivity growth.

The Albanese Government is taking useful steps to improve wage growth by:

But that still leaves a key question whether this Budget adequately provides for the improvement in services that we need. The Government has highlighted the substantial increases projected in spending on defence, NDIS, hospitals, aged care, and interest payments. Nevertheless, total real per capita spending by the Australian Government is projected in the Budget to fall throughout the forward estimates period, which raises the question whether some government services may continue to remain under-funded.

Clearly some further hard decisions will have to be made in future, starting with the May Budget next year. The critical issue will be how much spending can be further constrained or whether we need to raise additional revenue.

The critical point, however, is that the easy savings have been made, and adding to them will be more difficult. Furthermore, those easy savings only added up to ½ per cent of GDP, while much more than that is needed – indeed another 2 per cent of GDP is required just to balance the budget, without any further improvement in service provision.

The Treasurer talks about having a national conversation to determine this future budget strategy. The Treasurer also said at a media conference that “I think tax needs to be part of the conversation going forward”.

That is fine, but the quality of that conversation may well depend upon the Government, or some independent expert group being commissioned to provide more guidance than the Government has so far on the consequences of reducing expenditures on the one hand, and how taxes could best be increased on the other hand.