The Anzac legend has blinded Australia to its war atrocities. It’s time for a reckoning (The Conversation Dec 7, 2020)

For years, Australians have faced a steady stream of investigative media reports about atrocities allegedly committed by the country’s most elite soldiers in Afghanistan.

Yet, nothing could have prepared the nation for the breathtaking contents of the landmark report by Major General Paul Brereton into the actions of special forces, released last month after a four-year investigation. The reaction across Australia was one of horror and disbelief.

The inquiry found credible evidence to support allegations that 39 Afghan civilians were illegally killed by Australian soldiers, some having weapons planted on them to make them appear to have been combatants.

Read more: Allegations of murder and ‘blooding’ in Brereton report now face many obstacles to prosecution

Prisoners were shot for reasons as obtuse as saving the need for a second helicopter trip. Others were allegedly killed in a practice known as “blooding”, in which new soldiers were encouraged to achieve their first “kill”. In one particularly appalling incident, special forces allegedly slit the throats of two 14-year-old boys and dumped their bodies in a river.

For most Australians, this is more than just rogue soldiers being found out for despicable behaviour. The depth of revulsion felt by many reflects the special place the country reserves for its armed forces, who have come to personify all that is best about Australia.

Where the Anzac legend originated

Military history sits at the heart of the Australian national identity — most visibly through the Anzac legend.

The word “Anzac” is an acronym for “Australian and New Zealand Army Corps”. It was coined during the early phases of the first world war, when Australians and New Zealanders were part of an allied force that landed at Gallipoli in modern-day Turkey in April 1915.

The invasion, devised by Britain’s first lord of the admiralty, Winston Churchill, was unsuccessful in its goal of reaching Constantinople and knocking the Ottoman Empire out of the war.

But the young Australian nation, federated in 1901, took from the failed campaign a mythology of national birth.

Australia had been created during an age of elevated propaganda about empire, monarchy and the glory of battle. War was held to be the truest test of the character of men and nations.

In this era of “new imperialism”, the peaceful union of Australia’s six British colonies carried a taint of illegitimacy because no blood had been spilled (the frontier wars with Aboriginal peoples did not count). The British journalist Alfred Buchanan wrote in 1907 that he

pitied the little Australian […] looking to nourish the flame of patriotic sentiment, [for …] the altar has not been stained with crimson as every rallying centre of a nation should be.

So, by the first world war, it was believed that a good showing in battle would expunge the convict stain and prove Australians worthy members of the British empire.

This is why the date of the Gallipoli invasion, April 25, quickly became Australia’s most sacred national day. The young nation was drenched by a tide of khaki nationalism that has ebbed and flowed ever since.

War memorials and monuments were raised in towns and cities around the country, where citizens still gather each Anzac Day to engage in the rituals of what the late historian Ken Inglis called Australia’s “civil religion”.

How the Anzacs continue to be revered

Beginning in the 1990s, Australian politicians have also consciously and cleverly linked this nostalgia-tinted history to the work of the modern and highly professionalised Australian Defence Force.

When the honour of Australia’s revered soldiers is questioned, so too is the national self-image.

For example, a 2011 report into the culture and personal conduct of members of the Defence Force, prompted by accusations of sexual harassment and other indiscretions, noted the Anzac legend provided an exemplar for the current military.

Read more: Why Australian commanders need to be held responsible for alleged war crimes in Afghanistan

Similarly, in his 2015 dawn service speech on the centenary of the Gallipoli landings, then-Prime Minister Tony Abbott lauded the Anzacs for their qualities of compassion, perseverance and mateship.

In reverential tones, Abbott called them the “founding heroes of modern Australia”, said they set an example for modern day Australians to follow:

Yes, they are us; and when we strive enough for the right things, we can be more like them.

Poignantly, Ben Roberts-Smith, Australia’s most decorated contemporary soldier and among the men accused of war atrocities in Afghanistan, has also drawn inspiration from the Anzac legend.

Roberts-Smith has said that Gallipoli is “a big part of who we are as Aussies”, and reflected on his boyhood fascination with the Anzacs:

A history of misconduct in war

But the idealisation of this Anzac history has always required Australians turn a blind eye to uncomfortable truths.

In the second world war, Australians were often reluctant to take Japanese prisoners, choosing to illegally bayonet or shoot them instead. And Australian soldiers are known to have committed atrocities alongside their American counterparts in Vietnam, including “bloodings” and “throwdowns” (planting weapons on civilians after they were killed).

In recent years, we have become increasingly reluctant to see our Anzacs as killers, even when such killing is legitimate on military grounds.

As represented most famously in Peter Weir’s 1981 film, Gallipoli, the Anzac legend has become less about the combat ability of Australian soldiers and more about their suffering. It is war commemoration stripped down and refitted for the age of post-traumatic stress disorder.

The Anzacs that our nation so often lauds are fictional creations, shorn of the malevolence and downright murderous behaviour they frequently exhibited.

The alleged SAS atrocities do not fit this kinder, gentler version of the legend. They upend the way Australians like to imagine their armed forces, and by implication, themselves.

We see two possibilities for how the current crisis will play out. The first is the alleged war crimes will slowly be forgotten, just as previous atrocities have been.

There are already signs this is happening. Prime Minister Scott Morrison last week said he remained “incredibly proud” of the ADF and emphasised that the alleged crimes were committed by “a small number in a very big defence force”. He maintained the reputation of the broader defence force would be unaffected.

The other possibility is Australia will adopt a more realistic attitude towards its soldiers and the conflicts they fight in.

These conflicts are complex, and rarely conducted without some descent into the moral abyss. Some of our soldiers are not good people, and those that are good are capable of lapses. War is an ugly business, and we pay a price for tethering it so tightly to our national self-image.

As historians of Australia’s war experiences, we hope and wish for a national reckoning about our record of war atrocities. But as historians of Anzac, we anticipate that the great mythological behemoth will barely sway from its course in the face of these allegations. 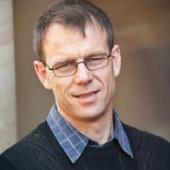 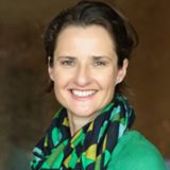