Changing the culture of the church should be the major task for the Australian Bishops. After all, the first and only independent assessment of that culture, by the Royal Commission into the sexual abuse of minors, described the culture as “toxic”.

“At best, the silent treatment is an immature behaviour used by spoilt brats and manipulative individuals. At worst, it is a weapon used by abusers to punish their victims.” (www.healthline.com)

In the world of human relationships, we were fond of the saying: “Silence is golden”. It purportedly indicated a certain form of wisdom, but we were never sure because the silence was deafening, and communication had ceased. Nothing much has changed. Recently in Victoria, the health minister, Jenny Mikakos refused to answer any questions about Covid-19, and the Prime Minister declined to comment on the unusual outbursts of federal back-bencher, Craig Kelly.

In a different context, leaders in the Catholic Church in Australia also employed the same tactics. I recently wrote to three Bishops on the matter of the relationship between the toxic culture of the Church and the outcomes of the plenary Council meeting next year. No Bishop replied, and only one secretary (a woman), acknowledged receipt of my letter. From discussions with other Church members, I have discovered that “the silent treatment” is almost the default response.

Is it either a case of immaturity or punishment? Could it be both immaturity and punishment? Or are there other explanations? One possible alternative explanation is that the silent treatment is a behaviour that others have allowed to flourish. By not having the behaviour named, or called out, the perpetrator assumes that his or her silence is acceptable.   This should raise the question:“ Why is it so?”

Part of the answer lies in our understanding of how the prevailing culture works. Culture is a complex concept and a term not subject to simple definition. As a reality, the culture of any organisation is subtle, powerful, and all pervasive. Its capacity to influence thoughts, feelings and behaviours is often un-recognised, un-appreciated, and un-challenged. In fact it is this “everydayness”, something akin to the autonomic systems of the body that keep us alive without our being conscious of them, that gives culture its power. Once a behaviour or value becomes part of the culture, it is almost irremovable

In most democracies, there are usually two or more political parties vying for control. This oppositional model is healthy because it allows the prevailing culture and all its manifestations to be subject to regular and searching scrutiny.

The Catholic Church on the other hand, claims to be a divinely ordained hierarchy, with no place for opposition. Recently, the Vatican issued an instruction that the term “leadership team” was not to be used when describing leadership at a parish level. The parish priest is the only genuine leader. He does not share leadership. The  Second Vatican Council (1962-65)  advocated the establishment of parish councils, but they were advisory only. The priest alone has power of veto .

In this hierarchical model, all power is reserved to priests (all Bishops are priests). In this model, there is very little opportunity to expose or critique the operating culture. If “the silent treatment” is part of the culture, then the culture will reinforce that particular manifestation. Breton and Largent, in their book The Paradigm Conspiracy, carefully explain how the role of any prevailing paradigm is to protect the paradigm from change.

Changing the culture of the church should be the major task for the Australian Bishops. After all, the first and only independent assessment of that culture, by the Royal Commission into the sexual abuse of minors, described the culture as “toxic”. Some aspects that claimed attention were lack of inclusion and participation by lay people, lack of accountability and lack of transparency. But these factors stem from a deeper culture of power, privilege and sense of entitlement, which are not often spoken about.

It is interesting to note that the Plenary Council processes to date have not included specific input from cultural anthropologists. Nor are any such scholars included in the list of delegates to next year’s meeting of the Council. One wonders how the decision-makers, the Bishops,  will manage to address the whole question of changing the culture if they are not open to discussing the problem adequately, nor have at their disposal, some experts to guide them. Hopefully, the bishops will not focus on superficial changes which will not survive in a culture inimical to those changes.

One measure of the strength of the Catholic Church (and of its culture) is attendance at Mass on a weekend. This attendance measure is not a participation nor satisfaction measure.

Since 1950 when the attendance rate was approximately 55%, it has steadily declined to about 10%. in 2016. This statistic alone should be sufficient stimulus for the Bishops to act. If they were managing directors of a company with such results, they probably would have been sacked by now. No Bishop has been able to reverse this downwards trend in participation. Will the  Plenary Council? Its agenda is in the hands of the bishops, and attempts to access or influence the agenda have been met by the silent treatment.

The Catholic Church in Australia has not only lost participants, but has also lost most of its credibility, public trust, and influence on social matters. These are cultural problems, and if the Council of 2021 does not address the need for deep cultural change, then the surrounding silence emanating from that failure will deafen all ears to everything else. 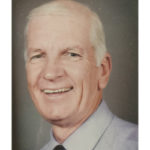