The Australian newspaper: Decades of disservice to climate science, education

In the penultimate paragraph of my 2020 essay 40 Years of Climate Warnings ignored by Australian politicians, I presented a “rogue’s gallery” which included the Murdoch media for waging war against climate science over more than two decades. This article explores a rather extraordinary, decade-old episode in the climate wars involving the Australian newspaper which has received less attention than it deserves.

In August 2011, Robert Manne published his Quarterly Essay Bad News. This essay was a well-documented critique of the Australian’s news coverage of a variety of issues but including importantly its treatment of climate-change news and science. He was particularly concerned about the paper’s ruthless pursuit of minimal action on climate change.

In his commentary on Bad News, Manne wrote:

“For nine years its editorials [under Chris Mitchell as Editor] welcomed the anti-science challenges both of unqualified scientists and totally unqualified laypeople, consistently denied that the science was “settled”, consistently failed to draw the distinction  between the core theory of climate science that was consensual and the climate scientists’ predictions about the future that were not, and expressed grave and growing doubts about the solidity even of those parts of climate science that were entirely consensual.”

He also exposed and explored the Australian’s hostility to the Kyoto Protocol. It was Manne’s opinion that, through its protracted war on climate science, the Australian inflicted significant damage on our country.

It was not unreasonable to expect that in response to Manne’s essay the Australian would publish some sort of attempted defence of their actions – perhaps an editorial plus a major article. But in a display of hypersensitivity to criticism, the paper went for what many would consider an over-kill. It seemed a high-level editorial directive was issued requiring several of the Australian’s prominent journalists to write an article critical of Manne’s essay.

In the mid-week issue of 14 September 2011, Editor at Large Paul Kelly wrote a major article under the heading “Manne throws truth overboard”.

There was a major follow-up in the Weekend Australian of 17-18 September 2011: in addition to an editorial, two entire broadsheet pages were devoted to articles by Nicolas Rothwell, Michael Stutchbury, Greg Sheridan, Chris Kenny, Graham Lloyd and Chris Mitchell, all, except that of Rothwell, critical of Manne. [Rothwell’s contribution contained a series of broad generalizations and motherhood statements but no mention of Manne; one gathers the impression that he reluctantly threw something together to satisfy an editorial directive.]

Even Bill Leak was called into action with a cartoon showing a largely naked Robert Manne sitting on a toilet and producing a “Manne-made emission” from his rear end! The barrage served to validate Manne’s claim that the Australian was notoriously sensitive to criticism.

“I told Manne [in an interview] that one reason for the public’s backlash [actively encouraged by the Australian!] making carbon pricing so unpopular was the precise attitude he took. While pretending to be rational his rejection of debate was really faith-based dogmatism and the Australian public didn’t like being told what to think by patronizing experts.”

In his 14/09/2011 piece, Graham Lloyd claimed against much evidence to the contrary (see below) that:

“It may not be to Manne’s liking, but the Australian’s editorial support for the basic climate science has long been clear.” Additionally he stated that: “Exaggerated claims of climate change impact elsewhere and calls for radical action have clearly worked to undermine the credibility of the real science, and retarded, not boosted, the potential for productive action.”

However, the credibility of basic climate science is not determined or influenced by calls for radical action; calls for action stem from the acceptance of the basic tenets of climate science.

In October 2013, the Analysis and Policy Observatory reported on the coverage of climate science in 10 Australian newspapers in 2011 and 2012. It found that the Australian wrote more on it than any other outlet, and almost half its comment pieces expressed doubt about the science, including all of seven editorials examined.

In January 2020, Graham Readfearn pointed out in the Guardian that in 2013 the Australian ran a front page story with the headline “Sea rise ‘not linked to warming’”, based on a study which it later admitted it had “misinterpreted”.

In my 2020 essay I treated wilful ignorance of basic climate-change facts and warnings as dating from the 1970s. There is much the Australian could and should have done over the past three decades in playing a constructive role in educating the Australian public about global warming and the science behind it. In this respect it failed spectacularly, and it is a failure that has significant adverse consequences for future generations of Australians. Eight years after the publication of Manne’s essay the Australian was still exhibiting wilful ignorance of climate change facts, publishing dangerous misinformation, and giving succour to climate-change deniers.

On 22 November 2019 the Australian published an op-ed by climate-science charlatan Ian Plimer entitled “Let’s not pollute minds with carbon fears”. This was in small part a smart-arse attempt by Plimer to confuse and mislead a layperson by substituting black elemental carbon for the colourless gas carbon dioxide when he knew full well that it is the latter that is relevant to climate change.  Plimer’s article was condemned as blatantly false by climate scientists and was found by the Australian Press Council to have breached standards. Why did the Australian publish it? Editor John Lehmann attempted a feeble defence but in truth it was a perpetuation of a war on climate science waged by the Australian over a period of decades.

The Aussie was still at it in its response to the catastrophic bushfires of the 2019/20 summer by incorrectly highlighting arsonists and lack of hazard reduction, rather than climate change, as the main drivers of the disaster.

On 14/09/20 I had a short letter to the editor published in the Australian. It read:

“Come on – let’s hear it: the raging infernos along the west coast of the US are not unprecedented and climate change played no part in them.”

It was intended as a sarcastic send-up of the paper’s common attitude to climate change. The next day it elicited three letters to the editor, the longest basically supporting my tongue-in-check provocation. But, in fairness, one brave soul rejected my provocative proposition.

Australian climate scientists would surely have taken the mighty serve that Paul Kelly and the Murdoch media copped from Malcolm Turnbull on Q & A on 9 November 2020 as thoroughly well deserved and overdue. Unfortunately the damage done by these decades of disservice cannot easily be undone. 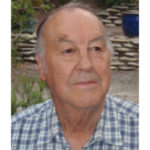 Ian Bayly was a Vice-President of the Australian Conservation Foundation from 1973-1975, and played a prominent role in the conservation struggles to save Lake Pedder and Fraser Island.

He is the recipient of the Australian Society for Limnology Medal. He is still publishing scientific papers, being co-author of a chapter in the book Plankton published by CSIRO in March 2019.