This time, however, with the possible single exception of Channel 7 which gave the rally 28 seconds the story was initially ignored by Australia’s media outlets. One suspects this is because the 200 individuals who rallied in Rundle Mall were not protesting against the Chinese government or the CCP but against the way the Australian government, media and broader population have enthusiastically embraced and promoted the latent anti-Asian racism that is part of our heritage and culture. As Peter Goers has observed in Pearls and Irritations, “Sadly Sinophobia is back officially and publicly as Australians are spitting on Chinese-Australians.”

That the Australian-Asian community might become sensitive to the denigration and racism they are experiencing should be of interest to the ABC and SBS. Both media outlets have run stories of individual Asians attacked verbally or physically. Given their interest in individual racial assaults, an innocent might have thought the Adelaide protest would be, immediately deemed newsworthy but it was to take a week before the Adelaide rally was reported by these outlets. This is presumably because the demonstrators were not on board with the anti-China program promoted with increasing enthusiasm by both media outlets. It is all well and fine to run stories about the distress experienced by individuals but it is another tale when a community begins to organise to resist their denigration by the media.

That one has to go to Hong Kong to discover that Australian-Asians are demonstrating against their oppression in Australia is somewhat ironic and a sad commentary on the role played by our instruments of state propaganda. When the Adelaide rally was finally reported by the ABC, the report was crafted to appear sympathetic to the concerns of the protestors. But at the same time, the ABC account made it clear that should Asian students and migrants engage in collective displays of discontent at the fact that they were being victimised there was a substantial risk they would be perceived to be supporting China’s ‘attack’ on Australia. In short, by engaging in collective and public displays of discontent against racism the ABC suggested such individuals risked being seen as “shrills’ of the Chinese Communist Party by the Australian community.

This is a warning that one suspects is intended to dampen public resistance or as readers of the article are advised will induce those who suffer racist attacks to limit their resistance. In short, to quote the ABC report, they should do no more than act as an individual, “walk away, take a photo if they needed evidence, and call the police.” 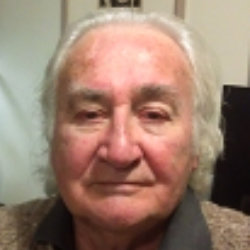 Chris Nyland is a Professor of International Business at Monash where he teaches and researches in the areas of Chinese Education Reform, Management History, and Geopolitics and Business Globalization