The Bell report: another mark against the APS leadership 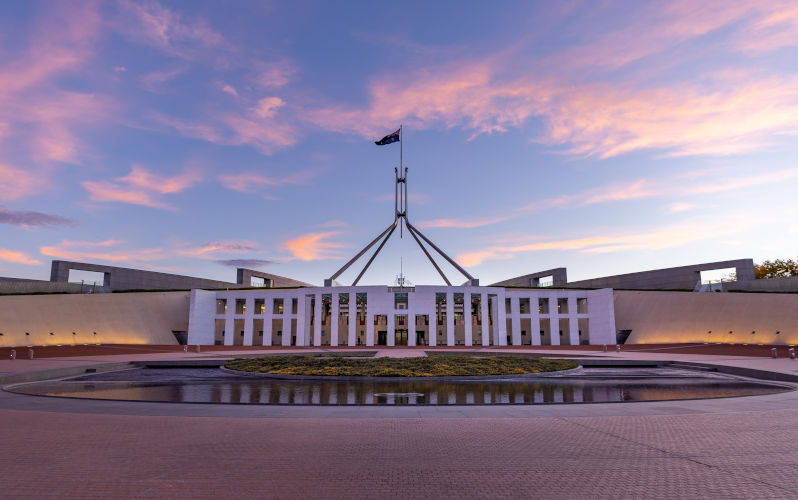 The APS needs leadership that acknowledges the failures of recent years and reminds everyone, from top to bottom, that it is there to serve not only the Government but also the Parliament and the Australian public.

Yes, there’s the benefit of hindsight and it was (at first) the beginning of an unfolding and uncertain crisis. But the weird decisions by former PM Scott Morrison to have himself appointed to a range of ministries reveal again weaknesses at the top of the APS.

Virginia Bell’s Inquiry into the Appointment of the Former Prime Minister to Administer Multiple Departments found the failure of the then PM&C Secretary, Phil Gaetjens, to take up various issues with the PM ‘troubling’. My reading of her report suggests that none of the APS leaders involved, other than in the Department of Industry, Science, Energy and Resources, fully met their professional responsibilities.

The initial decision to have Morrison appointed Minister for Health was made in early March 2020 in the context of questions about how best to manage the human biosecurity emergency powers were the Health Minister, Greg Hunt, to be incapacitated. PM&C Depsec, Stephanie Foster, conveyed to Chris Moraitis, Secretary of the Attorney-General’s Department, the strong preference of ministers that the powers be exercised by the PM in those circumstances and suggested that the easiest way to do this was for the PM to be ‘cross sworn’ in as Health Minister. There is no evidence Foster suggested alternative ways to ensure the powers were exercised in consultation with the most senior members of the Government, but at least she sought advice from AGD.

The AGD experts concluded that the most obvious, and possibly only, means of having the PM exercise the powers was to appoint Morrison to administer the Health Department. In coming to this view, however, they noted that ‘it does seem a bit of overkill’ and advised Moraitis that ‘the idea … seems unnecessary’ and ‘I don’t imagine any junior minister would exercise these powers without consulting the PM’. The AGD view conveyed to the PMO was only that, ‘were it ultimately decided’ that the PM should exercise the powers, it would be necessary for him to be appointed Health Minister. Moraitis claimed that, provided the appointment was lawful, the function of his officers was to give effect to the ministers’ wishes; surely, however, there was a duty to ensure those wishes were fully informed by the Government’s top legal advisers.

At PMO’s request, PM&C prepared the necessary documents but with no brief. Oral advice was given to the GG’s office that the change was constitutionally valid and in accord with established practice.

While no notice of the appointment was sent by PM&C to Minister Hunt or his department, both Hunt and the Chief Medical Officer, Brendan Murphy, were fully aware of the plan.

The second appointment, as Minister for Finance, had a broadly similar genesis, the desire for pandemic-related decisions to be made at the most senior level in the event the Finance Minister was incapacitated. Finance and AGD were identified by PM&C to be the two portfolios which should be considered for additional ministerial appointments in case of incapacity of the relevant minister. While options other than appointing the PM were canvassed, it is unclear that these were conveyed to the PMO (or PM).

At PMO’s request, PM&C prepared the necessary documentation for Morrison’s appointment to Finance (not AGD), identical to that for the previous appointment. No further advice was sought from AGD, and there was no consultation with the Finance Minister, Matthias Cormann, nor the Secretary, Rosemary Huxtable; and neither was notified afterwards.

The second round of appointments, more than a year later, had little if any connection to the pandemic, merely to Morrison’s concern about the exercise of particular powers by the Treasurer, Home Affairs Minister and the DISER Minister (the Agriculture, Water and Environment ministry was also considered but not pursued). AGD advice was not sought.

The DISER appointment should have been seen by PM&C as particularly problematic as subsequent developments have proven. Morrison wanted to exercise statutory powers in relation to a petroleum exploration permit off the NSW coast (PEP-11). These powers are administered by the Commonwealth Resources Minister and the relevant NSW minister who are advised by the National Offshore Petroleum Titles Administrator (NOPTA). An application to extend the existing permit was to be considered by the two ministers and, while the NSW minister advised his recommendation to refuse the extension, the Commonwealth minister, Keith Pitt, was given a brief by DISER that stated that NOPTA recommended approval.

In March 2021, Morrison stated publicly that he did not favour extending the permit. The following day, PM&C advised PMO that Pitt was the decision-maker and could not delegate the decision. It later supplied PMO with options for how PEP-11 applications could be determined (including appointing another minister). DISER’s brief was provided by Pitt’s office to PMO and PM&C officers provided it to Gaetjens.

Foster told Bell that the head of the Government Division, John Reid, had made the risks of successful legal challenge were Morrison to make the PEP-11 decision ‘very clear in his discussion with PMO’ but there is no reference to this in the advice to the PM. Foster merely observed that ‘what we don’t and can’t know is what was happening between the PM and his advisers’. Which is precisely why public servants must direct their advice to ministers, not just their political staff. As Bell also notes, Gaetjens could have taken the matter up with the PM directly but did not attempt to do so.

In early April 2021, PMO asked PM&C to prepare documents for the PM’s appointment to administer DISER. All PM&C did was to couch the recommendation to sign the letter to the GG with the words, ‘If you wish to do so’, and to mention in the ‘key points’ that the appointment was ‘somewhat unusual’ but there were no constitutional barriers, referring to the 2020 precedents.

After his appointment on 15 April 2021, Morrison made the further public statements about his opposition to the extension of the permit ahead of the decision he finally took in December 2021 as the responsible minister. For what it was worth, he was briefed by DISER (I hope I am correct in assuming DISER’s Secretary, David Fredericks, did not vary the advice he provided to Pitt).

Bell found that the circumstances relating to the Treasury and Home Affairs appointments were ‘obscure’, Morrison not even recalling taking them. But PMO asked PM&C to prepare the paperwork which it did, again recommending the PM sign the letter to the GG while noting again that the appointments were ‘somewhat unusual’ but that ‘there is no constitutional barrier with doing so’. Again, there was no consultation with the relevant ministers or departments nor were these notified after the appointments were made on 6 May 2021.

By this time, it finally seemed to dawn on PM&C just how unusual these appointments were. Reid sent an email to Gaetjens copied to the depsecs about this, but even then no one appreciated the serious problem about keeping the appointments secret, Foster saying she only recognised this when she saw the Solicitor-General’s advice in August 2022.

Bell’s concerns about the lack of PM&C ‘push back’

As Bell rightly says, it would not have been to overplay the risk of the PEP-11 decision by Morrison for Gaetjens to advise firmly against proceeding. She also considers the 2021 appointments should have raised a flag for the PM&C Secretary.

Gaetjens says he was not alerted to any concerns by the Government Division; that is no excuse for a secretary but it does also raise serious concerns about the capability of that critical centre of governance expertise.

And where is the APS Commissioner?

Finally, while I recognise this particular revelation of APS leadership failures came after the end of the 2020-21 year, it comes on top of a whole series of reports of problems in the APS identified over the last few years. These have greatly influenced decisions by the Albanese Government elected in May to reform the APS (and establish a Royal Commission into Robodebt).

In this context it is disappointing that the 2022 State of the Service Report issued a week or so ago is so self-congratulatory and makes no reference to evidence of serious failings.

The APS needs leadership that acknowledges the failures of recent years and reminds everyone, from top to bottom, that it is there to serve not only the Government but also the Parliament and the Australian public.