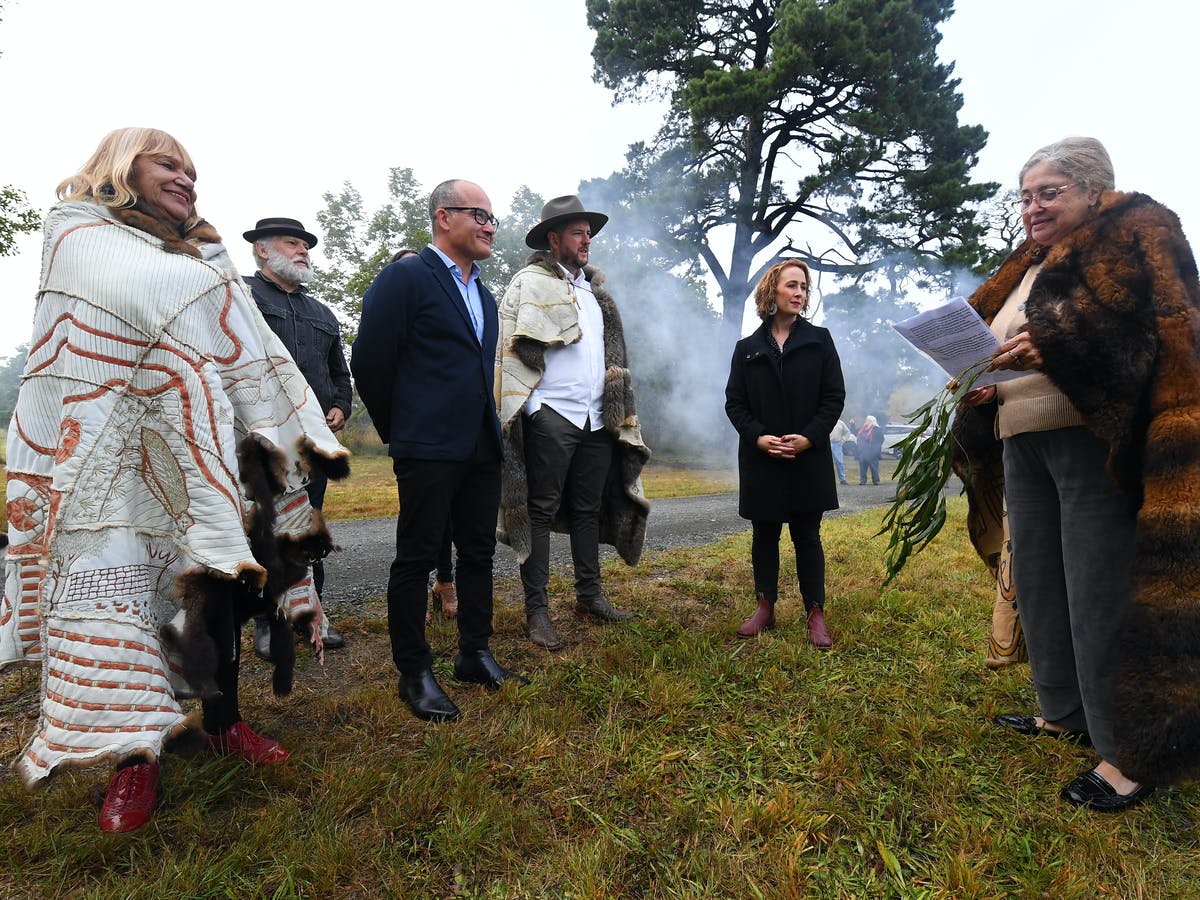 Focus has rightly been on the very serious issues of sexual violence that have been raised regarding the Federal Parliament and historically with the Attorney-General, Christian Porter. However, there is already a risk that the profound importance of what has been announced in Victoria this week by the First Peoples Assembly and the State government – the Yoo-rrook Justice Commission – which will be the most comprehensive Truth Telling process in Australia since colonisation began in 1788, might be missed.

Truth Telling Commissions are not new. Most famously in post-Apartheid South Africa under Nelson Mandela’s first unity government, and more recently in Canada with its documenting ‘the history and legacy’ of that country’s notorious residential schools system’, Truth Telling Commissions have been hugely important processes for both First Nations and settler communities.

There have been previous Royal Commissions in Australia which have tentatively lifted the rock on some of the systemic abuses and crimes perpetrated against Aboriginal and Torres Strait Islander peoples. It is now three decades since the Royal Commission into Aboriginal Deaths in Custody which brought to light the shameful treatment of Aboriginal and Torres Strait Islander peoples in the justice system. Treatment that leads to over-representation in prisons and the subsequent deaths of more than 450 First Nations Peoples under the ‘care’ of the State. The deaths continue.

The Bringing them Home Report by the Australian Human Rights Commission in 1997 gave voice to many of the thousands of Aboriginal and Torres Strait Islander children that had been systematically stolen from their families and placed in state institutions or adopted out to non-Indigenous families (often into indentured servitude). The heartbreaking truth of what had happened across Australia for 90-plus years eventually led to the Apology made to the Stolen Generations in 2008 by Prime Minister Kevin Rudd.

These have been specific inquiries that have looked at the impact and implications of state policies made in relation to First Nations Peoples that have caused immeasurable hurt and harm, causing generational trauma and producing well-documented gaps in life outcomes from life expectancy and child mortality rates to incarceration rates and disparities in employment and education.

However, there has never been a root and branch, broad, historic and standing mechanism to comprehensively reveal the complete histories of Aboriginal and Torres Strait Islander peoples and how they have been treated and impacted by colonisation over the last 230 years.

Why is this so important?

Despite institutional best efforts to hide, obscure or deny what has happened, the truth of dispossession, massacres, disease, removal, racism and rights-denial has continued to find its way out into the light. Increasingly, non-Indigenous Australians have been open and willing to learn more about what actually happened and have recognised that this is a necessary process in reconciliation. In fact, reconciliation is impossible without Truth Telling.

The Australian War Memorial will not acknowledge the tens of thousands of indigenous people who died in the Frontier Wars defending their own land.

Knowing that the Truth is irrepressible and undeniable in the end, the importance of Truth Telling processes that are endorsed and supported by our governments is two-fold:

Firstly, the message that it sends to Aboriginal and Torres Strait Islander peoples and communities that their experiences, their history – the tragic and the overcoming – are valued and a central strand to the narrative story of our Commonwealth. This is an act of reconciliation and a vehicle for recognition that leads to healing. Remember the power of the Apology for many Stolen Generations survivors.

Secondly, the message it sends to non-Indigenous peoples that our governments understand the importance of our full, shared history, warts and all, is an expression of the commitment we all hold to Truth and its power to make reconciliation possible.

The Uluru Statement from the Heart was the circuit breaker in what had become a continuous groundhog day loop our Federal parliament had found itself in. After multiple Parliamentary processes to determine a way forward on constitutional reform and recognition, Aboriginal and Torres Strait Islander peoples from across Australia gathered at Uluru in May 2017, and with the Uluru statement, invited the Australian people to enter into a compact of Truth Telling that would be complemented by the creation of their own Voice and a process of a negotiated settlement and agreement-making (Treaty).

Since that time, despite wide endorsement and support for the Uluru Statement, the Federal Parliament has failed to live up to, and match the generosity of Uluru and its promise of a new beginning.

Into the breach has been a number of Treaty processes in the States and Territories, and most particularly Victoria, where the Uluru Statement has been adopted right into the heart of the Andrews Labor Government agenda. After five years of nation-leading Treaty negotiations with the Aboriginal nations and peoples of Victoria, the Government has now committed to an Australian first Truth Telling process that has the power and promises to transform Victoria (and Australia) like never before.

In a joint statement between the Andrews Government and the First Peoples Assembly of Victoria, announcing the Yoo-rrook Justice Commissioner, they said (in extract):

Today has been owed for 233 years. 233 years of violence, dispossession and deprivation. 233 years of deliberate silence. Today we commit to telling the truth.

We do so in partnership – a shared commitment between the Victorian Government and the First Peoples’ Assembly of Victoria, the state’s first and only democratically-elected body for Aboriginal people…

…It will compel us to confront what’s come before. To acknowledge that the pain in our past lives on in our present. And to recognise that without truth, without justice, there can be no Treaty.

…the Yoo-rrook Justice Commission will investigate both historical and ongoing injustices committed against Aboriginal Victorians, across all areas of social, political, cultural and economic life

With the establishment of the Commission, Victoria will be the first and only jurisdiction in our nation to institute a formal truth-telling forum.

We make this point, not out of pride, but with purpose:

As a state, as a nation, we must do better.

That means not only hearing Aboriginal voices – but actually listening to them. And taking meaningful action in order to achieve real and lasting change.

Victoria’s truth-telling Commission will be led by experts and held in partnership with community. But it’s work will be for all of us. Because only by reconciling with our past can we reach for a fairer, more just future – for all Victorians.

All Australians, in every state and territory jurisdiction, should be welcoming and supporting what is happening in Victoria and pushing for similar processes. Already in the Northern Territory, the understanding that their tentative Treaty considerations will be impossible to progress without Truth Telling is evident. The next stage of Treaty considerations in Queensland will inevitably reach the same conclusion and there are signs that other jurisdictions are moving towards this point.

The next step for the Yoo-rrook Justice Commission will be to appoint the Commissioners that will lead the process. The expression of interest process for Commissioners is now open and, as Tuesday’s joint statement made clear, this is work that must be shared by both Aboriginal and Torres Strait Islander and non-Indigenous Australians.

What will be revealed and shared will not be comfortable. It will be hard work, and there will be grief and despair. But there will also be stories and accounts of survival, of triumph in the face of persecution or indifference. There will be stories of communities and peoples, both Indigenous and those of us that have come here in much more recent times having moments of personal reconciliation and healing.

We must all embrace our shared Truth, and appreciate that the journey will bring us all to a better place.