Australia Post could save essential banking services in abandoned communities 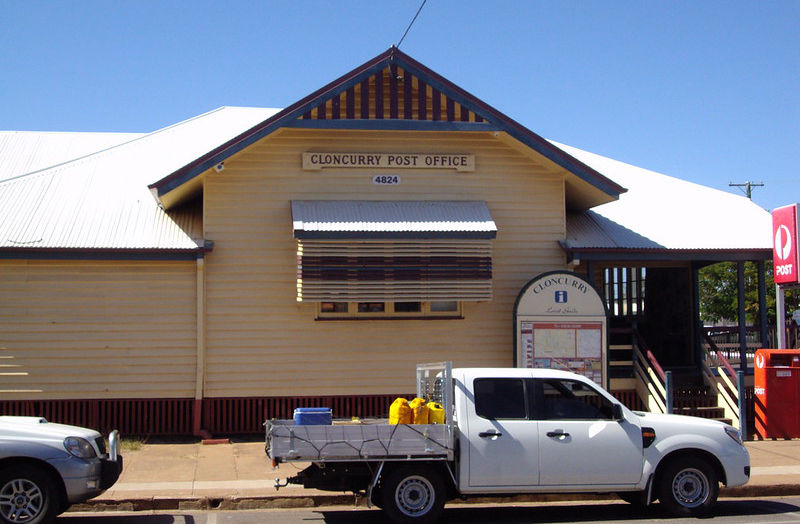 The most straightforward and cost-effective way to establish such a bank is by using the existing infrastructure of post offices. Image: Flickr / denisbin

Bank branch closures have cut off hundreds of communities, especially in regional Australia, from essential financial services. There is now a national fightback to save our communities by establishing a public banking alternative to operate through post offices.

The new Anthony Albanese Labor government is in a position to address a serious problem impacting communities all across Australia—the wave of aggressive bank branch closures that has cut off hundreds of communities, especially in rural and regional Australia, from essential banking services.

Since 1975, 62 per cent of regional bank branches have closed; only 1,058 Big Four bank branches remain open across regional Australia. There are 575 Australian towns that once had one or more major banks but now have no bank branch at all.

Losing their last bank has a devastating impact on communities. It is severely disruptive to customers who need face-to-face banking services, including small businesses, but also the elderly and disabled. The banks callously disregard these customers, assuming they can shift to online digital banking, but many can’t. Often overwhelmed by online technology and terrified by the dangers of scams, they need the certainty of face-to-face banking services.

Small businesses lose the ability to bank their cash earnings conveniently and safely and withdraw cash floats for their daily transactions. This actually profits the banks, which are trying to stop people from using cash so they can collect data and take a cut from all digital transactions (which is why the banks are ripping out ATMs at an even faster rate than they are closing branches). Contrary to the banks’ self-serving claims that Australians want to go cashless, Australia now has more cash in circulation than at any time in its history. Not only does the banks’ cashless agenda border on dystopian, but it is also completely impractical in regional Australia, where digital technology is far less reliable. Every time the power and/or communications fail, people are left stranded unless they have cash. In both the 2019-20 bushfires in Southern NSW, and the 2022 Lismore floods, most essential retailers including supermarkets and fuel stations could only take cash. Small businesses that cannot bank their cash are forced to keep it on their premises, creating a serious security risk; likewise, elderly residents end up keeping cash under their beds.

For regional towns, losing their last bank can be a death-knell. Residents who are forced to travel to larger centres to do their banking often do their shopping elsewhere also, costing the local grocery stores, bakeries, and coffee shops etc. crucial income. The towns start to wither and die. The banks claim these branches are unprofitable, but that is almost never true. Banking is a unique business, and what the banks earn from multiplying their deposits as loans and from fees, dwarfs the tiny interest they pay on deposits and the running costs of local branch staff and premises (usually buildings they have owned for decades). The banks are known to employ accounting tricks to justify branch closures, including by moving large, more profitable business and farm accounts to larger banking centres, thus reducing the profitability of smaller branches.

Bank branch closures have been a scourge of regional Australia for decades. They accelerated following banking deregulation, and especially following the privatisation of the Commonwealth Bank in 1996. (The 1982 Campbell Financial System Inquiry Report, which demanded the privatisation of the Commonwealth Bank, had acknowledged it would lead to branch closures.)

Already in 1999, Anthony Albanese as a backbencher participated in a Parliamentary inquiry into regional bank closures. The report, called “Money Too Far Away”, highlighted submissions from the Local Government Shires Association and the National Farmers Federation, which insisted that banks had an obligation comparable to electricity and water utilities, as people cannot function in modern society without access to the banking system. That report recommended banks that closed branches “will be expected to leave behind some form of over-the-counter service that allows access to cash deposit and withdrawal facilities for personal and small business customers”, but the Howard government added the words “if viable”, which the Australian Banking Association seized on to effectively ignore the report.

This failure to address the problem led to a follow-up inquiry in 2004 in which current senior government minister Senator Penny Wong was Deputy Chair of the committee. In that report, called “Money Matters in the Bush”, the committee declared that “access to basic banking services is an essential service”. (Emphasis added.) Senator Wong added further comments by the ALP members of the committee, which included the conclusion that while Labor supported the introduction of Community Service Obligations on banks, “the ALP has signalled its preparedness to re-regulate the banks if they do not agree to meet appropriate voluntary community service obligations”. (Emphasis added.)

It is now eighteen years later, and the problem is getting worse by the day. Independent journalist Dale Webster, founder of The Regional news service, has documented the extent of the branch closures across regional Australia in a series of investigative reports. Reflecting the growing awareness of the importance of this issue, Ms Webster’s work has recently won two major journalism awards, including the Melbourne Press Club’s Regional & Rural Quill award, and the Walkley Foundation’s 2022 June Andrews Award for Freelance Journalist of the Year. Significantly, her reports have exposed that the Australian Prudential Regulation Authority (APRA), the bank regulator, which is required to monitor and report on levels of access to banking services, has failed in its obligation to maintain an accurate database of authorised deposit-taking institutions (banks) points of presence.

Now Labor is back in government, the question is: will Albanese follow through on his party’s signalled intent to re-regulate the out-of-control banks that are cutting off communities from an essential service?

All concerned Australians should write to the new PM to ask him.

There is a clear, immediate solution to this problem: a public, i.e. government-owned bank, like the original Commonwealth Bank, which would exist primarily to provide a service to all Australians and the real economy. It would also force the private banks to compete—when the Commonwealth Bank was in public hands, the other banks were not so cavalier about shutting branches, because they didn’t want to lose their customers to the Commonwealth Bank!

The most straightforward and cost-effective way to establish such a bank is by using the existing infrastructure of post offices. Compared to the 1,058 Big Four bank branches in regional Australia, 2,500 of Australia’s 4,300 post offices serve regional communities; Australia Post has the biggest retail footprint of any business in Australia, which it is required by law to maintain. Post offices already have banking infrastructure, from decades of being agents for the Commonwealth Bank, which originally started in post offices, and from providing its Bank@Post agency service for most other banks. Without Bank@Post, around 1,500 communities across Australia would be cut off from banking services altogether.

There is growing community and political support for the policy of a government bank that would operate through post offices, including from: prominent economists; trade unions including the Communications Workers Union (CWU) and its umbrella union the Communications Electrical and Plumbing Union (CEPU); Per Capita; regional shire councils; the Licensed Post office Group (which represents the interests of almost 3000 community post office licensees); former Australia Post CEO Christine Holgate; the Greens; Katter’s Australian Party; One Nation; the Citizens Party; and leading members of the Labor, Liberal, and National parties. The Citizens Party has drafted legislation for a Commonwealth Postal Savings Bank (CPSB), to be introduced in federal Parliament at the earliest opportunity.

The campaign for a postal bank is enlisting the support of the hundreds of communities across Australia that have been impacted by bank branch closures. With broad grassroots support, this policy is achievable in this Parliament.

Robert Barwick has been the research director of the Australian Citizens Party for more than 20 years, focussing on economic and foreign policy and Australian history, and is an editor of the weekly Australian Alert Service magazine.