It’s frightening, isn’t it? I saw Cardinal George Pell on television recently claiming that his election to the top job was not impossible. He explained that because he’s a Catholic, a bishop, and a member of the College of Cardinals, he was a chance. Is that all one needs to be pope?

The applicants for the biggest job on earth are gathering in the Vatican to be assessed, to go through their interviews, to do some politicking and count the numbers. The successful candidate must of course be a member of the masculine branch of the human race. Being a paid-up member of the episcopal workers’ union and therefore both ordained as a priest and consecrated as a bishop, he must not be of illegimate birth, disabled physically or intellectually, or deformed, or suffering epilepsy whether caused by some form of insanity or by possession of the devil (Canons 983-987 of the 1917 Code of Canon Law). Slaves and soldiers are also ineligible, though Julius II proved to be a fierce warrior during his reign.

The relevant cohort of papal applicants is extremely restricted and warped. It’s a very limited field. We are not engaged here on a global search for the ideal candidate. Those who are not men, not celibate, not old, not members of the most exclusive club on earth are not suitable. Of course, married fishermen need not apply.

We all have an interest in the man who would be pope. Catholics especially, even the young, even women, have a stake in the outcome and should have some say in what they want and what they don’t want. Secrecy does not guarantee that the Spirit is at work.

The next pope does not have to be a renowned theologian – probably better if he’s not. Theology has developed into a very arcane and complicated science. The Church has plenty of them, many of whom live with tunnel vision in an ivory tower. Some of them have never lived in the real world. I’d settle for a man of simple faith, one who has developed a rich interior life of prayer and reflection, one who has lived a life and who possesses a sense of fun. That’s important. Laughter, smiles, dancing and rejoicing. Senior clerics are far too serious.

I would hope that, unlike his predecessors, our new pope would take the time to answer his mail. For preference, I would like him to write short, pithy letters to us rather than the long, boring epistles or encyclicals popes have come to send out in the last few centuries.

I want a man who is not programmed to talk in Vatican papalese but who is able to listen to the world and communicate with us in a language which rings true.

I want a man of the world who can return our Church to the values and insights of the Gospel – simplicity, hope, freedom, poverty and to the message of inclusion. I certainly don’t want anyone who thinks he can order us not to discuss important topics such as the place of women in our organization. The successful candidate might ask us respectfully to do something or to refrain from doing something, but to order us about like serfs is now so uncool.

Give me a friendly, pastoral man who doesn’t take himself too seriously, humble and down to earth, able, like Jesus, to set his people free and to re-gain our respect and confidence. 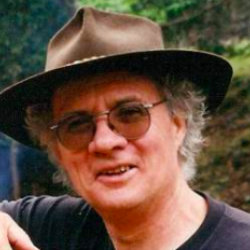