The case for Australia keeping Victoria’s Belt and Road deal

While the dust of Australian Prime Minister Scott Morrison’s overreaction to a satirical image tweeted by a Chinese diplomat – and subsequent rhetorical clashes with Beijing – has yet to settle, another much more pressing challenge has been put on Morrison’s desk.

The passage of the Foreign Relations Bill has given Canberra the power to scrap Victoria’s Belt and Road Initiative (BRI) deal. Will Morrison act on his long-felt and justifiable wish now to ensure a consistent national foreign policy? Beijing is watching, and Canberra is thinking. However, I argue that Canberra needs to keep the BRI deal, at least for now.

Even though the BRI sounds ambitious, with its extensive geographic scope and colossal investment, Victoria’s deal is a vague and non-legally binding document that expresses bilateral cordial wishes without committing the state government to any specific projects. Even before the Foreign Relations Bill was approved, any individual project undertaken in Victoria by China would necessitate Foreign Investment Review Board consideration and federal government approval, according to Colin Heseltin, the former Australian ambassador to South Korea.

Meanwhile, after seven years’ implementation, the full picture of the BRI is much clearer. A plethora of researchers such as Lee Jones, Shahar Hameiri, and myself have shown that the BRI is an economically-motivated program, and China’s financing system is too disjointed and easily influenced to conclude that the BRI is a well-prepared strategy. Due to the impact of the Sino-American trade war, lending by the China Development Bank and the Export-Import Bank of China, the primary overseas loan sources, plummeted from a peak of $75 billion in 2016 to just $4 billion in 2019, according to the Financial Times. A June report by the Chinese Ministry of Foreign Affairs noted that COVID-19 had seriously affected nearly a fifth of projects along the BRI.

Furthermore, China’s so-called debt diplomacy has been massively exaggerated and overseas asset seizures have rarely occurred, based on findings from Jones and Hameiri, the China Africa Research Initiative, the Lowy Institute and Rhodium Group. In fact, the piecemeal realization of the BRI projects is determined by local governments and their related political and economic interests via diverse and time-consuming bilateral interaction with Beijing. Regarding the BRI’s sensitive military influence, even hawkish former American diplomats and scholars like Daniel Russel and Blake Berger admit that some of the BRI ports are only commercially designed and almost impossible to be employed militarily. Even after the headline-grabbing lease of Hambantota port in Sri Lanka to a Chinese company, there is has been no documentation of any Chinese military operation in or around Hambantota, as indicated by Jones and Hameiri.

So, why couldn’t Canberra give the BRI a chance in just one state, Victoria?

The chance for Australia’s engagement in the BRI has unfortunately passed as bilateral relations enter their lowest ebb yet. But even so, what is the danger of keeping a piece of paper on the Victorian shelf to please Beijing and Melbourne? There seems to be little cost to simply letting the MoU be. Since there has been no progress thus far, I doubt any new BRI projects will emerge under this political atmosphere – which may be what Canberra really wants anyway.

On the flip side, revoking Victoria’s BRI deal will potentially cause a much tougher response from China, as the Chinese embassy in Australia has crystallized its opposition against any such cancellation. More significantly, the BRI is linked strongly with the personal brand of Chinese President Xi Jinping, saving or enhancing face has been widely acknowledged as an imperative of China’s foreign-policy doctrines and culture. An all-out Sino-Australian trade war may lead to the catastrophic loss of 6 percent of Australian GDP, as researched by Rod Tyers and Yixiao Zhou. Why risk it?

As for showing allegiance to the United States, Australia’s most important ally, the Trump administration, which has all but declared war on the BRI, will leave the White House soon. As President-elect Joe Biden’s BRI policy is still foggy, patience may be required in Canberra during a period of geopolitical volatility.

Also, thinking longer term, Victoria will hold a state election in 2022. If the Liberal coalition wins, the new Victorian premier will likely dump the BRI deal, as the current opposition leader Michael O’Brien has openly declared. This would be more acceptable to Beijing, since Canberra could simply blame the BRI termination on the decision of a state government. More importantly, between now and 2022, who knows what the global geopolitical landscape will look like? But in the meantime, Australia can focus more on its COVID-wrecked economy in general and quietly diversify its trade from China in particular, as Canberra has planned, thus avoding unnecessary economic losses.

Ultimately, Australians can always be proud of their values, but Canberra should carefully balance its ideological perspectives with economic interests, rather than exploiting them as a rhetorical shield. There’s little harm in Australia keeping Victoria’s BRI deal, at least for now – and steep potential costs for scrapping it.

This article has been republished from The Diplomat 18 December 2020 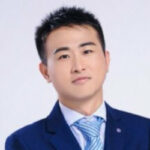