It is yet to be seen if Australia’s establishment will come to repair its diplomatic relationship with China anytime soon in order to avoid losing 39 percent of our export income and adding one million workers to the unemployment queues.

The China import ban and economic coercion narratives seem to be riddled by factual inaccuracies. Morrison’s adversarial bluster about ‘not trading our values’ and DFAT being ‘coy’ about revealing the ‘magnitude’ of the import ban warrants our examination of the exports’ figures.

The Australian Department of Foreign Affairs and Trade (DFAT) states that 1 in 5 jobs are foreign trade-related jobs (2,554,780 jobs approximately), and 2 in 5 foreign trade-related Jobs are dependent on trade with China (1,021,912 jobs approximately). The DFAT’s exports data from 2005 to September 2020 shows that Australian yearly exports to China increased significantly from 18bn dollars (11.9%) in 2005/06 to 150bn dollars (39.4%) in 2019/20, which makes China our largest export market for goods and services and a growing source of foreign investment.

The political response to the China imports ban is at best ambiguous with the usual diversionary tactics. It seems that our establishment is only focused on high-value exports, given their importance to the economy and employment. It is also important to note the undue influence of the key players from these high-value sectors (lobbying, political donations, unseating three prime ministers, etc) compared to the low-value ones.

Morrison has maintained that judgments on trading with China “are not decisions that governments make for businesses”. He is conveniently distancing himself from any responsibility for the economic fall-out with China, despite making it clear that Australia will not trade its values to justify why his government will not back down on its position regarding the South China Sea, Hong Kong, Xinjiang, and Taiwan.

It is rather a stretch for Morrison to claim the moral high ground with China when many of our other trading partners are not particularly the epitome of democracy, nor do they have spotless human rights records. The number of our trading partners that are worse than China in terms of Human Rights and Economic Freedom comprises 80 countries according to the conservative Heritage Foundation Economic Freedom Index, and 36 countries according to the libertarian Cato Institute’s Human Freedom Index. So, if we are trading with all those countries that are worse than China, then are we NOT trading our values with them?

The Australian political elites’ deliberate stunts in stoking public fears about the threat of China as a rising geopolitical ‘adversary’ are only poor diversions from the daily struggles of the Australian people: unemployment; rising food, energy and property prices; high consumer debt; budgetary cuts to government spending on health, education, and infrastructure.

The ‘China Import Ban’, ‘Economic Coercion’ and ‘China threat’ narratives serve two primary objectives. Firstly, to redirect the anger of the population for widening socioeconomic inequality in Australia. Secondly, to prompt collective societal support for U.S. foreign policy in the Asia-Pacific, which has been reframed as a war against the insecurities fomented by China’s geopolitical ambitions and unfair advantage in international trade and globalization.

One thing is certain that there is a growing rift between the ‘chest-beating’ ideologues to appease a dysfunctional U.S. ‘leadership’ of world affairs and the pragmatists in the Coalition Government about our trade relationship with China. And, while the pragmatic common sense of the Australian people often prevails over ‘provincial’ loyalties, it is yet to be seen if Australia’s establishment will come to repair its diplomatic relationship with China anytime soon in order to avoid losing 39 percent of our export income and adding one million workers to the unemployment queues. 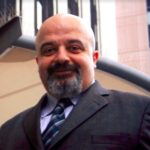