The Chinese face of globalization 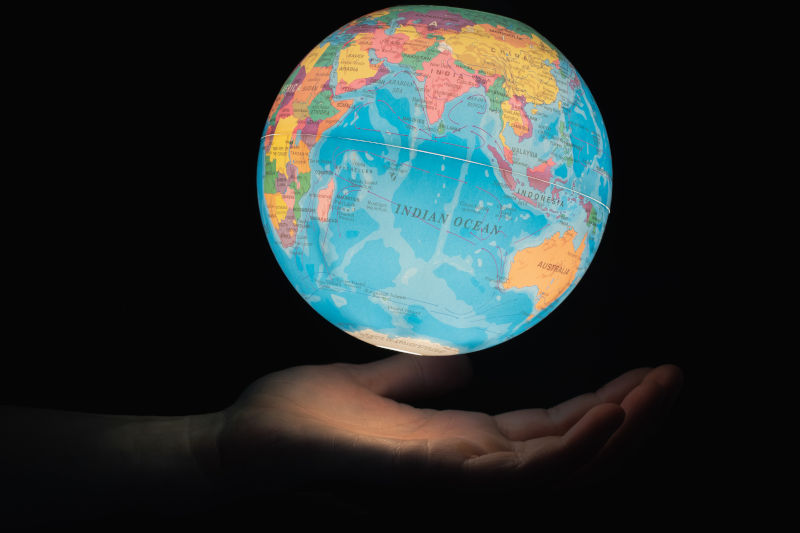 Roberts and Lamp avoid picking sides but rather focus on explaining the deep arguments.Image: Greg Rosenke on Unsplash

The Six Faces of Globalization is an important new book, which prompts reflection on how Western media outlets have shaped our understanding of globalization and how China’s distinctive perspective on globalization may be yet do likewise.

The Six Faces of Globalization: Who Wins, Who Loses and Why it Matters, is a recent Harvard University Press book written by two prominent academics, Anthea Roberts from the Australian National University and Nicolas Lamp, from Queen’s University in Canada.  It has been widely reviewed and very well received.

In answering the question in its title, the book says there are at least six differing, primary narratives and it provides a detailed analysis of each of these.  Roberts and Lamp avoid picking sides but rather focus on explaining the deep arguments underpinning the overlapping and competing views, with a view to providing a better framework for working through current important, complex disputes about globalization.  One key aim of the book is to demonstrate how these disputes – and related discussions – may be approached more productively.

Briefly, the six faces described are:

The scope of this intensely researched book is impressively wide.  Not surprisingly, it is also a book with a strong Euro-centric anchor.  Those leading these debates have regularly first emerged within the Western world and influential discussions have then played out across the general and academic media based in the West.

I have argued previously how the still critically dominant Western media – and especially the English language media – evolved from the Age of Colonial Imperialism, which in turn was ultimately a product of the way the Renaissance fostered Europe’s transition from the Middle Ages into an era of remarkable intellectual rediscovery.  The extraordinary reach and durability of the British Empire and the transition from British to American global supremacy have cemented the role of English as the leading language used to advance and interpret the primary ways in which very many people see the world – and globalization.

Mainstream Anglo-Media outlets, accordingly, enjoy inordinate, global narrative-shaping power.  This elemental reality suggests two searching questions.  First, how far has this power framed our basic understanding of the competing globalization views investigated in this book?  Next, to what extent will it continue to do this, over coming decades?

There are, in fact, sound reasons to think that the relevant, abiding wind direction – affecting grounded, long-term answers to this pair of questions – may be set to change.

Kishore Mahbubani’s latest book, Why the 21st Century will be an Asian one, explains how the fortunes of the Asian group of countries (in the UN) have risen substantially over the last 20 years.  They have climbed, measured by Purchasing Power Parity (PPP), from having a combined GDP which ranked third behind the US and Europe in 2000 into first place.  Meanwhile PwC (PricewaterhouseCoopers) expects that the top five economies world-wide by 2050, measured by PPP, will be, in order, China, India, America, Indonesia and Brazil.  Note that three of these top economies are Asian and only one is from today’s dominant, Anglo-European cluster.

Mahbubani adds some crucial comments directly related to the role of the Western media.  First: Although economic power has shifted East, no Asian publication can match the global reach of the New York Times, Financial Times, BBC or CNN.  After acknowledging the excellence of these outlets, he then emphasizes how they are conceptually shaped, by a deeply rooted Western Ideology, which explains why they struggle to explain Asian realities.  His full-bodied conclusion is that, The Anglo-Saxon media are behaving like the feudal lords of the past clinging on to old privileges while denying new realities.

A further, central question which this stimulating book evokes, is what might the current, Chinese deep view (or face) of globalization be?  The Geo-Economic Narrative noted above, remains dominated by Western perspectives, which in turn, are powerfully sourced, today, in the US project to contain the Rise of China.  As Andrew Sheng recently observed: The Western media have begun painting the evolving multi-polar world as a black and white conflict of good versus evil, democracy versus autocracy.

My concern now, however, is to move beyond that contentious debate to outline an understanding, in brief, of certain key elements in one important Chinese view of globalization.  I am relying here, significantly, on my reading of the work of the remarkable Politburo Standing Committee member, Wang Huning.  He is one of seven-members who make-up this paramount committee within the Communist Party of China (CPC).  He was made a Professor of Law at Fudan University at age 30, was a visiting scholar in the US in 1988 and he has authored many books and articles.  He has been highly influential in shaping certain primary policies (for example, the Chinese Dream and Common Prosperity) within the CPC during the terms of three Presidents of China, including the current President, Xi, Jinping.  He is widely viewed as China’s most powerful intellectual.

Matthew Johnson, in a review published last year on the Reading the China Dream Website has attributed his influence, within the CPC, to his insights into how to secure socialism against the forces of globalization.  My own reading of his work is somewhat but not radically different.  Without question, Wang maintains a deep, widely-shared, concern about globalization becoming a vehicle for the transfer of regime-shifting, Western liberal thinking into China.  This, it is commonly argued in China, could pose a real threat to the stability of the PRC – and the security and self-confidence of the CPC as China’s single ruling party.  The currently evolving, “dystopian democracy” (as it was recently, radically described) in the US must help verify, for Beijing, the cogency of these anxieties.

Wang, though, is also fundamentally committed to the comprehensive modernization of China – and the CPC.  And that modernization is premised on China operating within a maximally globalized, trading world, albeit one where China gets to shape certain pivotal aspects of this perceived global system.  Both China and the CPC must review, renew and adapt.  But it is a fundamental aspect of Wang’s view of the preferred future, that the CPC must maintain an indefinite, ascendant political role in China – within a broadly globalized world.

This is globalization which is aimed at building and securing the Chinese Dream – and a better world with which China can trade and engage.  Beijing wants to retain a rules-based order – but one where China has an increasing say: in influencing and interpreting these rules; and in the management of key international institutions, including the IMF and the World Bank.

Other very important Asian economies are on the rise, as Mahbubani notes, but China is plainly the leading economy in Asia, today.  Beijing is setting the pace and preparing the path where others will follow.  In its own way and in its own interest (and Beijing would say, the world’s interest) China is committed to supporting a globalized world.

The massive Belt and Road Initiative (BRI) confirms China’s exceptional commitment to globalization, in spades.  Refinitiv has estimated over US$4 trillion is eventually set to be spent on several thousand BRI projects, across some 140 countries.

The US remains in the business of insistently evangelizing a political-ordering system based on Enlightenment-sourced, US values, which is said to be universally and beneficially applicable.  China does not share a passion for this sort of political-philosophy marketing.  But China does know what has worked so well in driving its own exceptional rise.  China is not blessed with an excess of natural resources apart from one: its people.  If you devote massive effort to educating your population and building infrastructure of all kinds, much that is increasingly good can follow.  This is a shareable, experience-grounded lesson in nation-building.  Put another way, no matter how abundant your other natural resources may be, you can’t beat people: you cannot teach a drum-of-oil how to write advanced computer algorithms.

It is smart to think hard, today, how this particular Chinese face of globalization may reshape, over time, important aspects of the fundamental framework and operational procedures of the much-contested, contemporary globalization regime that is so well investigated by Roberts and Lamp in their distinctive and influential book.

The birth of global narrative power by the West: