I must admit to a moment of apprehension before unloading the COVID-19 app; anything that involves Amazon or Stuart Robert has to be either incompetent or dodgy or both. 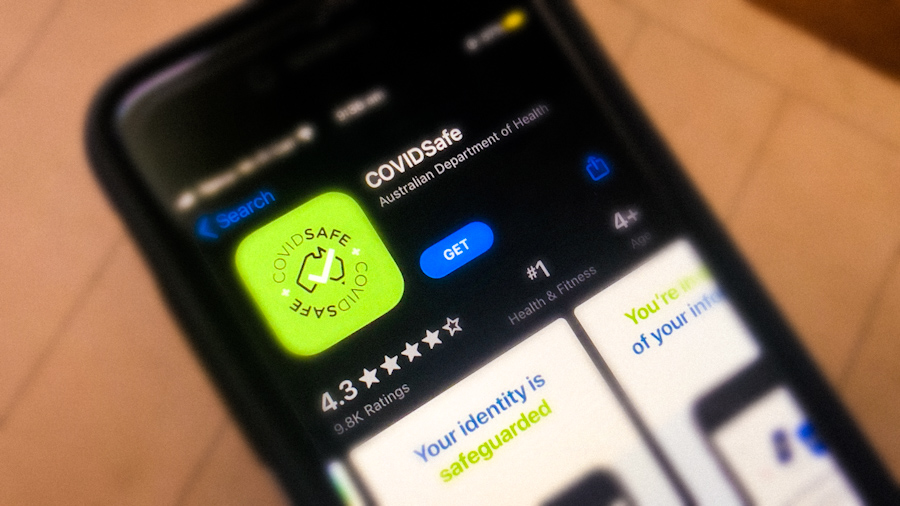 But the case for using it is irresistible, not only because it is the carrot Scott Morrison is dangling to allow us out of lockdown, but because it is simply good sense.

Fears about privacy are almost certainly misplaced, but even if they were valid the thunder of hoofbeats when the horse of bolted is long gone. If either the multinationals or the government really wants to spy on us we have willingly offered them far more dangerous tools for the task.

And although I doubt that the app will be anything like as effective as Morrison is promising, it will help, which in these troubled times is all that matters. And obviously a great many Australians agree; even with the usual technical problems over implementation, the take-up rate is highly promising – by last week about four million of us.

But given that Morrison says he wants 40 percent, before lifting the lockdown, a figure which Greg Hunt quantifies as 10 million, there is still a long way to go. At Friday’s press conference Morrison was all but obsessive, delivering what sounded very much like an ultimatum: download the app, you slack bastards, or I’ll lock you down forever and throw away the key.

Given the innate scepticism of the population over climate change, vaccination, fluoridation, 5G —  science itself,  in fact – the idea that listening to those who actually know the area may be a welcome novelty. A pity that even if it kicks in this time, it is unlikely to continue.

And there are a few other caveats before we can get down to the serious exercise of picking the many locks of business as usual. Some states are still seeking increased testing, others want enhanced tracking and locating of potential victims.

But almost all are starting to ease the wards in one way or the other, from the promise of almost complete liberation of a hopefully corona-free South Australia to cautious permission for two visitors in isolation in New South Wales.

And this uncoordinated unravelling will bring new problems for our great pandemic leader. It is fair to say that much of the leap in ScoMo’s polled popularity has come from the perception that he is the one in charge – the man. One reason that the same popularity has not dragged up his government with him is the view that he is something of a one-man-band. His constant media appearances, with both their almost imperial edicts to cosy living room chats, have been convincing and reassuring.

But it will be hard to sustain that agenda if the various premiers go off on their own, as they are clearly determined to do. About the only way to bring them back into line is to pre-empt them —  for the commonwealth to start lifting restrictions on a national level, which is no doubt why Morrison is personally foreshadowing an early mark as a reward for obedience.

Apart from the obvious logistical difficulties of putting such a program in place, it would put Morrison’s own political schedule awry. The current plan was the big statement on May 11, ready for the latest truncated session of parliament. And we have been told by Morrison and his ministers, that it will not be entirely good news. The restrictions will become fewer. But so, in the near future, will be the economic stimuli that have justified them.

In particular, NewStart will revert to its cruel and derisory level of $40 a day, in spite of pleas across the board for it to remain. And some other benefits will also fade away, perhaps before many have even been accessed in the short time frame available to them.

This, Morrison insists, was always the idea: a temporary emergency measure before the revitalized economy snaps back in all its resilient glory. But the economists, both local and international, are now making increasingly gloomy predictions that this is unlikely to happen.

And Morrison’s promise of a big boost to growth will take while to materialise – if indeed it happens at all, which given the global uncertainties (not to mention the local variety) looks pretty dubious. There will be immense pressure for the government to leave the largesse that the punters expected and in some case have become used to, especially as unemployment now appears to rise by at least a million – horrendous figures not just for the politics, but for the hit on both revenue and spending.

Morrison used to talk about the crisis running over six months; he (and we) will be lucky if we get out of it in a year, and probably longer. The push will be not for removing the stimulus but for reinforcing it, for continued spending and more spending.

This does not mean following the tired old formula of company tax cuts and industrial relations reform – union bashing. What the vast majority of the nervous and insecure will demand will be, as always, immediate relief – money in the pocket.  The  contradictory imperatives of politics and policy will become stark, there will be no painless solutions.

And as this realization sinks in, Morrison is facing a by-election. Given his personal approval rating, this might have been welcome news, a rare chance for the government to snatch an opposition seat. But as noted, the other numbers do not look so good – the two-party preferred vote is neck and neck in NewsPoll, Labor is holding its ground, and while Morrison is way ahead of Anthony Albanese as preferred prime minister. The opposition leader has kept his own approval rating relatively stable.

This has been no mean feat given Morrison’s unrelenting media blitz and the publicly funded campaign that has accompanied it, and an ominous sign for the government in what looks like a very difficult year ahead. Like COVID-19 itself, it ain’t over yet.