The cringe comes back: has Australia misunderstood its place in Asia again? 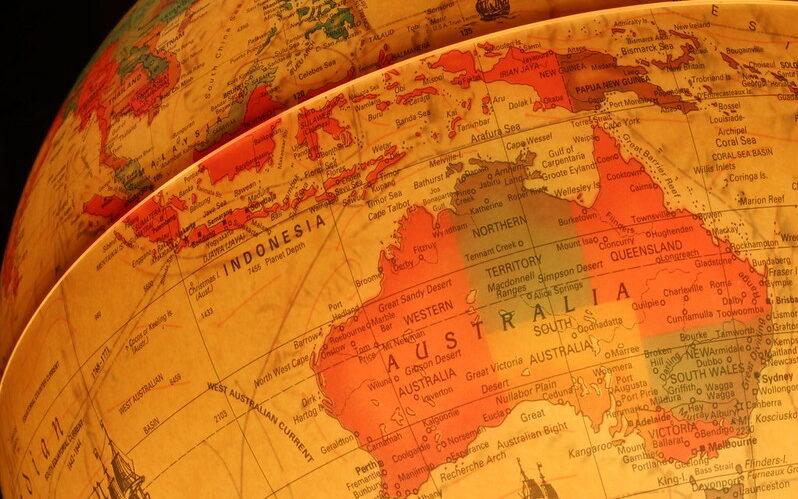 With the ever-worsening Australia-China relationship, this may be the right time to examine what is it in the Australian cultural behaviour that has landed us in this predicament.

In 1950, A.A. Phillips coined the term “cultural cringe” to describe Australians’ proclivity to compare their works of art and literature unfavourably with those of others, especially the British and the Americans.  While the veracity of this assertion has been effectively questioned and often asserted to be a misconception, it nevertheless serves as a useful tool for self-criticism and existential strive for greater excellence.

Watching the unfolding of the Australia-China relationship over the past 10 years when relationships took a deep fall, the extension of the cultural cringe concept to the socio-political arena seems befitting. There is an unmistakable spectre of a reflexive “cultural cringe”. In saying this I refer to the unproductive attempts by conservative politicians to match, if not better, the US and the Europeans in their critical and antagonistic attitudes towards China.

They have been playing the China adversary game, not just to feel good about differentiating the “us” from the “them” but also for political gain among a populace that has been effectively groomed by the media, the security agencies and the US military-industrial complex to a negative perception of the Chinese.

The negativity engendered by this cringe is the gradual erosion of academic freedom and intellectualism about Australia’s role in the geopolitics of the region. This plight is very clearly reflected in the September 17 Pearls and Irritations article by Justin O’Connor titled “Knowledge, skill and flexibility is missing in Australia’s response to China’s rise”.  In this revealing article, he says:

“A two-day conference last week on Australia and China became increasingly frustrated … Academics used to analysing rational choices came up against the Australian government’s more visceral choice, rejecting ‘interest’ in favour of an unexamined sense of identity that brooks no dispute.”

Therein lies the core of Australia’s problem with China, that all consuming and pervading “sense of identity”. The reflexivity seems unmistakable. Australian politicians are more than willing to trade the economic interest of Australia for an opportunity to prove that Australians are ideologically and demographically very much a part of the European-Anglo-American community of nations.

The pattern of a step forward and two steps back in cultural cringe is clearly reflected in Australia’s recent history. Prime ministers Gough Whitlam, Bob Hawke and Paul Keating took Australians a big step forward, an almost “Great Leap Forward”, by leading our country into greater engagement with its Asian neighbours.

In December 1972, Whitlam established diplomatic relations with China, providing a platform for a trade relationship during the Hawke and Keating era that was both complementary and economically beneficial to both nations. In April 1992, Keating stated categorically that Australia’s future lies in Asia.

The first step back was taken, almost imperceptibly, when John Howard won government in 1996. He frowned on multiculturalism, viewing it as demeaning to the achievements of a Britain-derived culture. Asian-language learning, put in place during the Hawke and Keating era, was wound back.  As has often been pointed out, language learning is the key to greater understanding of the parent culture.

Howard, despite parochial tendencies, shrewdly kept the trade relationship going, often doing what he could to advance it. The greatest step backwards occurred under the present conservative government in which trade with China was compromised by the constant railing against Chinese misdemeanours which were mostly the products of myth making.

This is where the cultural cringe manifests itself in the most rabid manner.

In the conservative government’s undertakings to differentiate and insulate Australia from China, a country that is fast becoming the largest economy in the world, it has to find convincing reasons. Myth creation seems to be the convenient answer.

After all, it is made easy by the fact that all myths contain an element of truth. That element, however minuscule, takes over as the truth. Voltaire was reputed to have said in 1768 that “If God did not exist, it would be necessary to invent him”.

Where in the past Australia had no interest in a remote part of the world called Xinjiang, where it had accepted the UN resolution that Taiwan is part of China, and Hong Kong for which it has only passing interest in trade, it began championing the cause of the Uighurs, the Taiwanese (PRC) and the rebels (hardly out of their teens and with no credentials as having contributed anything to their own society) in Hong Kong.

Apart from participating in pacts against China in an interesting array of acronyms and abbreviations: ANZUS, Quad, Five Eyes, AUSMIN and culminating in the AUKUS, it has written a blank cheque for the purchase of nuclear submarines that have dubious value to the country in regard to independence of operation and realistic time-frame.

While many hawks scream that we do not want to be a vassal state of China, the same people have surrendered the sovereignty of the country to the Americans.

It is hardly surprising that an article in The Australian Financial Review by Tess Bennett indicates that 57 per cent of 1700 Australian surveyed said that they approve of the AUKUS deal.

Reflexivity finds eloquent expression in the arrangement between the three members of the Anglosphere.

Hugh White, in a P&I article by Justin O’Connor, asks the quintessential question: “Australia has thrown its lot in with the US in the most antagonistic and least flexible way. Why?”

The answer, barring a better explanation, is “cultural cringe”. It is not just, as he indicates, the deeply rooted historical fear of China that has driven the country to extremes but the fear of a loss of identity.

O’Connor goes on to describe quite astutely that, “At play is a deep-seated fear rooted in Australian history. We are the ‘lonely continent’, adrift in an Asia we don’t recognise as part of ourselves, our identity and geography at odds. Beneath the appraisals and the scenario gaming, there’s the fear and anxiety of being left alone.”

Australia has nothing to trade in exchange for its anti-China stance but values, especially the idea of human rights. These are human constructs, myths, that when touted have to resort to manufactured “truths” to be convincing.

The harm that a cultural cringe does to this nation is to insulate us against Asian influence and keep us in isolation. In this observation, one is reminded of Singapore Prime Minister Lee Hsien Loong’s recent advice to Scott Morrison: “You don’t have to become like them, neither can you hope to make them become like you …”.

The possibility of conservative Australia actually wanting and striving to be different from China could have eluded him for the fact that the fear is an emotional, not a rational, one.

One might rightly ask whether there is a solution to the problem. Perhaps the advice of the man who coined the expression “cultural cringe” is still relevant. Phillips thought that the solution was for Australians to be unconsciously “ourselves”.  He believed that while progress of national growth may be slow, it will quicken if we recognise two facts: “that the cringe is a worse enemy to our national development than our isolation, and that the opposite of the Cringe is not the Strut, but a relaxed erectness of carriage”.

Uncannily that “strut” seems to have been amply demonstrated by former prime minister Tony Abbott in Taiwan recently.