The crisis in youth justice? 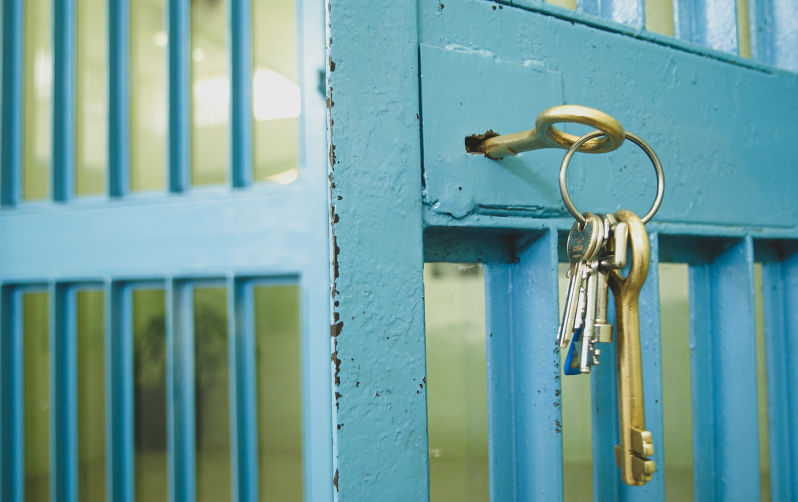 If ever we need a federal government to intervene in a human rights crisis in this nation, then it is now. There are almost daily headlines about the appalling abuse of children in detention centres and the preparedness of state governments, and the Northern Territory to cynically and callously play the ‘law and order’ card at the expense of some of the most vulnerable members of our community.

In Western Australia the Banksia Hill youth detention facility was exposed in a recent 4 Corners program which showed footage of, to quote the ABC, a restraint known as a fold up, “hogtie or “figure four”, involve[ing] guards forcing a handcuffed child onto their stomach, crossing their legs behind them and sitting on them.” Incredibly, the minister responsible Bill Johnston claimed he did not know the practice was used and the WA Department of Justice has only now stopped a practice that is nothing less than a serious assault on a child. But that is not the only stain on how WA mistreats young people and children. In July this year 17 young people, of whom 12 are Indigenous, were shackled and transported from Banksia Hill to the adult maximum security Casuarina prison. The shackling was defended by the populist Mark McGowan, the State’s Labor Premier who refuses to contemplate lifting the age of criminal responsibly from 10 to 14, or even 12 which his Police Commissioner has conceded might be ok.

The gross breaches of the duty of care the WA government owes to the children it detains has been evident in the threat by Children’s Court Chief Judge Hylton Quail to cite it for contempt of court because the holding of children in the Casuarina prison is state sanctioned child abuse. As Judge Quail observed on 21 October; “The depravation and solitary confinement is a form of child abuse inflicted on vulnerable and severely damaged children by the executive and the government, which causes short term and long term damage.”

Then there is Queensland where Leanne Linard, the minister supposedly responsible for the care of children in detention, lauds widely criticised bail law reforms which has seen an increase in the number of children locked up. In a media release of 15 November, responding to a review of the laws by a former police commissioner, Linard said; “Our bail laws are among the toughest in the nation and it means more offenders are being remanded in custody, which means Queensland communities are safer.” Of course as Linard knows, increasing the number of children in detention equals increasing the chances they will end up in the adult prison system. The community is less safe and she knows it.

And let’s not forget the Northern Territory where the sickening child abuse that occurred at the Don Dale centre, and again exposed by 4 Corners in 2016, led to a royal commission. It is a case of plus ca change sadly. As John Lawrence SC, a formidable and indefatigable campaigner for human rights in the NT observed in June this year, “What is it going to take to shut this down? Is it really going to take a death?” Lawrence said. “I’ve visited the place scores of times over the last 30 years when it was an adult jail. But going in there and seeing children wandering around, and walking around with an 11-year-old escorted by a guard is positively surreal and sick,” Lawrence told The Guardian on June 10. There is however a glimmer of hope in the NT with the government recently lifting the age of criminal responsibility from 10 to 12.

But there is a common thread to Australian attitudes to children and young people when it comes to dealing with anti-social and criminal conduct. It is for governments to put votes first by playing the tough on crime card, and only moving to stop routine, systemic abuse and cruelty of children in detention if a media outlet exposes it. The timidity over the age of criminal responsibility is an indicator of the mindset which state governments perpetuate in their determination to ignore smart justice solutions. They are addicted to harming children.

The Albanese government has a responsibility to lead on steering this nation away from punitive practices that are destroying the lives of children. A federal human rights law would be a good start but there needs to be a national best practice approach that unwinds the current legal framework of harsh bail laws, sentencing options such as jail and detention, and of course which ensures we lift the age of criminal responsibility to 14. An inquiry, similar to those which have been conducted in recent years by the federal government in the areas of institutional abuse, the aged care and disability sectors, needs to be initiated now. There are thousands of groups and individuals who can inform and drive change. The national Justice Reform Initiative of which I am a Tasmanian patron is one, as is the collective knowledge of lawyers, judicial officers, social workers, and researchers.

The future of children and their interaction with criminal justice is a national issue which requires a holistic approach driven by smart justice principles. The states and territories, with rare exception such as in the ACT, have failed vulnerable children. And as the daily headlines tell us, wholesale reform is an urgent priority.