The Defence Strategic Review: Can we rely on the US? 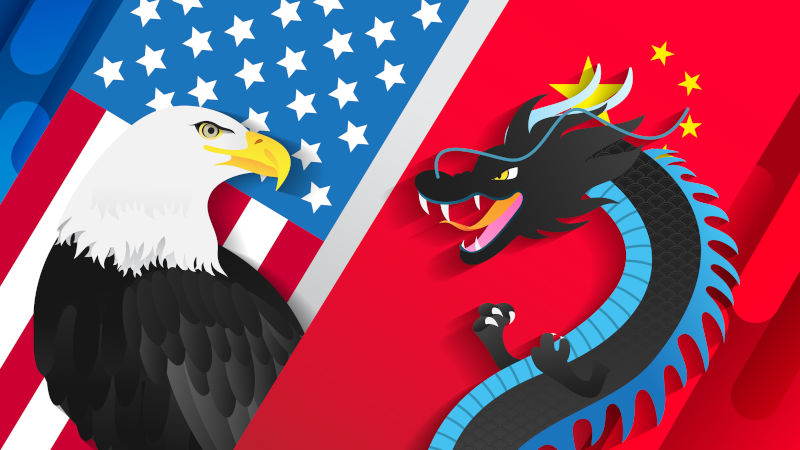 Strategy: ‘a plan designed to achieve a particular long-term aim’. The strategic defence review is presumably intended to produce a plan that will guide decisions by the new Labor government on the acquisition of weapons and the use of other resources (such as people) to protect Australia against future threats to its people, its territory and its interests.

As Dennis Argall pointed out in Pearls & Irritations on Monday, it is unlikely that we are going to get from this exercise ‘a review of Australia’s overall strategic circumstances’. But it can hardly do its job of considering ‘defence’s force posture and force structure’ without a realistic reappraisal of Australia’s strategic prospects.

It may not be about the here and now. But inevitably it must take into account just where we are now and the limits that puts on what we can do in the future.

And of course it requires predicting that future. What threats Australia will face in 10, 20, 30 years, what resources will be available to us, who our allies will be and to what extent they would be willing and able to help us.

The threat? China, China, China, China is the bogeyman! That’s all we have heard for the last five years or so from the various LNP governments, the defence establishment and mass media commentators. A threat that some Ministers, but particularly then Prime Minister Morrison and ex-Defence Minister Dutton, seemed determined to accentuate, through words and deeds (leading the Five Eyes campaign against China’s Huawei, blaming China for the coronavirus, running freedom of navigation exercises by the navy and air force through the South China seas, for example).

Unintentionally, they also drew attention to the more realistic threat (which they did not seemed concerned about): China can damage Australia’s economy by finding other trading partners, in the short term for grains, wine etc, in the longer term perhaps for coal and iron ore.

It is worth remembering that our national perception of who our enemies might be has changed in the past 70 or so years. Immediately after World War II it remained Japan – to the extent that the Menzies Government would not sign the Peace Treaty in 1951 unless the United States provided Australia with a security guarantee – in the form, ultimately, of the ANZUS treaty. A few decades later it was Indonesia, particularly when Sukarno was President and was engaged in Konfrontasi against Malaysia (which our armed forces were helping to defend). But in a more general way it has also been communism and then China – depicted visually by all those arrows on maps showing the ‘downward thrust’, plus fears inside our borders of reds under the bed.)

Could there be other threats develop in 20, 30 years’ time? This is a question our strategists must consider. And explain.

As for our allies, in the period since World War II, going back indeed to the fall of Singapore, there has really only been only one, the United States – though for some years there remained treaty obligations of a sort with Britain. The British connection seems to have been revived in the AUKUS agreement over nuclear submarines (and various forms of technical cooperation), but AUKUS is not a defence/security treaty like ANZUS. In any event, Britain’s ability to provide armed forces to help Australia must be questioned (ditto France, which apparently sees itself as relevant to strategic issues in the area, mainly no doubt through its colonial ties in the south Pacific in our neighbourhood).

Crucially, the time has surely arrived when we should re-evaluate our defence relationship with the United States.

We need to recognise that ANZUS does not provide us with a guarantee that the United States would come to our aid if a direct threat emerged to Australia’s security. That’s been clear since the time of Indonesia’s confrontation of Malaysia, when the Menzies Government sought – unsuccessfully – to invoke the treaty. President Kennedy’s administration said no, as did subsequent administrations when Australia raised the possibility of American assistance over West Irian and over East Timor.

The Treaty itself only requires the parties to ‘consult together whenever in the opinion of any of them the territorial integrity, political independence or security of any of the Parties is threatened in the Pacific’ and ‘act to meet the common danger in accordance with its constitutional processes’. That has been interpreted by successive American administrations as meaning they can say ‘no’ to an Australian request for military assistance.

The prospects of the United States becoming more willing to commit itself to the defence of Australia are bleak. The United States is going through what its President earlier this month described as ‘The continued battle for the soul of the nation’ – not a throwaway line, but the title of an address he gave in which he warned that former President Donald Trump and his MAGA (Make America Great Again) Republicans ‘do not respect the Constitution. They thrive on chaos’. President Biden has previously called a large part of the Republican base ‘semi-fascist’.

The America which several generations of Australians have admired and often tried to copy is still our ‘great and powerful friend’, as so many of our politicians have described it, but it is no longer an exemplar. President Biden’s remarks cannot be dismissed as exaggerated partisan political speech.

The reality is captured by a recent (published in July) nationwide online survey of 8,620 adult Americans conducted by the Violence Prevention Program at the University of California, Davis that found:

67.2 per cent perceived there was a ‘serious threat to our democracy’

50.1 per cent agreed that ‘in the next several years, there will be civil war in the United States’

42.4 per cent agreed that ‘having a strong leader for America is more important than having a democracy’

20.5 per cent thought that political violence was at least sometime justifiable ‘in general’.

18.7 per cent agreed strongly or very strongly that violence or force was needed ‘to protect American democracy’ when elected leaders would not.

The researchers said that the findings, coupled with prior research, suggested a continuing high level of alienation and a mistrust of American democratic society and its institutions, and that substantial minorities of the population endorse violence, including lethal force, to obtain political objectives.

This, it seems, is the United States now. Australia ought to be concerned about what it will be like in 10, 20, 30 years. And that should be a major factor in the decisions the government has to make in the immediate future about ‘defence’s force posture and force structure’ and the weapons that are acquired for the armed forces.

Surely there must be a Plan B that does not make the United States central to our defence strategy.