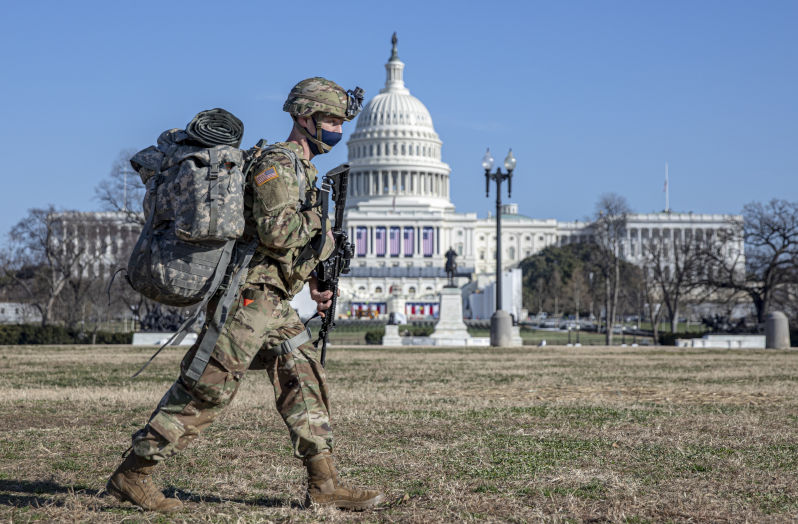 The three dangerous assumptions were that economic growth would continue indefinitely, that the United States would remain the most powerful and influential strategic actor globally and that the rate of technological innovation will continue to accelerate.

In the ten years since the publication of this article it has becoming increasingly apparent that each of these assumptions has or is in the process of being proven false. If current trends continue it is likely that all of these assumptions will have been proven definitively false by 2032, the period of interest for the Defence Strategic Review.

A brief review of the current status of these assumptions is provided below.

“It is likely that, in the not-too-distant future, the size, complexity, and (literal) `burn rate’ of our civilisation will be much reduced by forces other than human volition”

Whilst there is broad recognition amongst scientists and ecological economists that it is impossible to have “unending physical and economic growth on a finite planet” this has not resulted in a corresponding recognition by governments or incorporation into public policy.

In what may be a tacit acknowledgement that the global economy is facing limits to growth, many governments, including Australia’s, are focused on a transition to renewable energy and electric vehicles. The driving force behind this transition is to minimise the impacts of climate change.

“replacing the existing fossil fuel powered system (oil, gas, and coal), using renewable technologies, such as solar panels or wind turbines, will not be possible for the entire global human population. There is simply just not enough time, nor resources to do … What may be required, therefore, is a significant reduction of societal demand for all resources, of all kinds.”

A survey of contemporary economic issues (including but not limited to ‘cost of living pressures,’ rising energy prices, extreme levels of debt and central bank monetary policies) around the world is suggestive that future economic expansion will be increasingly difficult and that the global economy may indeed be approaching, if not at, the limits to growth.

The consequences of the global economy reaching the limits to growth cannot be overstated. It will have enormous ramifications across economic, political, social and technological aspects of industrial civilisation. The maintenance and generation of military capability will not be immune to these impacts.

It is clear that the power of the United States is declining across all aspects of national power in both absolute and relative terms, with a growing body of literature supporting this view (see for example Niall Fergusson, Dmitry Orlov, John Michael Greer, Victor Bulmer-Thomas, Chris Hedges and Andrei Martyanov).

A short list of indicators supporting the assessment that the United States is in decline include:

Further to the external indicators of decline, the internal situation within the United States is also of great concern. Well known political scientist Thomas Homer-Dixon has argued that the United States has become ungovernable with the ‘political and social landscape flashing with warning signals.’ Discussions about a future civil war in the United States have become mainstream with opinion pieces on this topic published in major news outlets such as the Washington Post.

Joseph Tainter’s law of diminishing marginal returns suggests that the United States is well beyond the point where it can return to its previous position as the global pre-eminent power.

The increasingly risky decisions being made by the United States, such as Nancy Pelosi’s visit to Taiwan and the extensive level of support being provided to Ukraine, are indicative of a United States Government that is increasingly desperate, and as a result likely to make decisions that could lead to catastrophic outcomes.

In a 2010 ADF Journal Article titled ‘Lasers or Longbows: A paradox of military technology?’ I argued that military capabilities faced a paradox:

“The advantage provided by the increased complexity of a military capability increases the vulnerability of that same capability to systemic collapse due to its reliance on complex supply chains.”

Recent events, such as COVID-19 related supply chain disruptions and the impacts of the Russia-Ukraine war, highlight just how serious a risk of this paradox is to the maintenance of both civilian technologies and defence capabilities. Semi-conductor shortages, long delays in the delivery of items such as new cars, and prolonged shortages of stock across a range of retail businesses highlight just how serious this problem is.

It is also likely to get worse in the short term with European factories shutting down or reducing output due to the high cost of energy.

This paradox is likely to result in a significantly increased difficulty in maintaining military capabilities. This will be experienced as reduced levels of equipment availability, requirements to reduce operating hours to husband equipment (with negative impacts on training) and increased maintenance associated costs.

Australia’s defence posture has for a long time been based upon three dangerous assumptions. These assumptions are in the process of being proven false with a high probability that they will be conclusively proven false in the time horizon being considered by the Review. Continuing to base Australia’s defence strategy on these assumptions will likely have severe negative consequences from poor investment decisions through to failure in conflict.

Therefore, to ensure that Australia develops a defence strategy that has the best prospects of successfully navigating the tumultuous rearrangement of the international system that is currently underway it is recommended that the Review replace the current dangerous assumptions with the following assumptions as the basis for Australia’s defence planning: