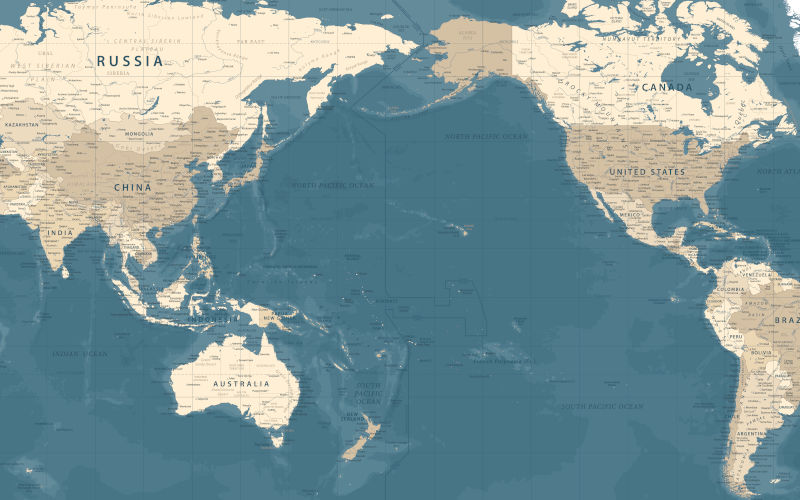 Cabinet needs to insist Marles’ return to Labor’s previous support for an independent foreign policy and recognise there is no guarantee an arms build-up won’t lead to a calamitous war. Crucially, the Albanese government needs to give a clear priority to helping reduce conflicts and global warming that cause horrendous suffering to innocent people around the globe.

Wars and global warming are the biggest threat to Australia and the world. More military spending will only make it worse. The UN refugee agency says one in 78 people around the globe now flee their homes to escape conflicts, persecution and the consequences of global warming.

The number of displaced persons is now an unprecedented 100 million. This does not include the 33 million displaced by catastrophic floods in Pakistan, in which more than 1200 people have already died. The floods have killed over 800,000 head of livestock, inundated 3.5 million acres of crops, wrecked over 1.1 million homes, caused severe hunger and spread deadly water-borne diseases.

Pakistan has about 2.6 per cent of the world’s population but produces less than 1.0 percent of global greenhouse emissions. Similar circumstances characterise the drought stricken areas of Africa. In South America, almost 7 million refugees have left Venezuela due to political and economic upheavals – about the same number as have left Ukraine. The level of aid to Ukraine’s refugees, however, is far higher. Although wealthy countries are often the biggest emitters per capita, most fail to pull their weight in cutting greenhouse gases.

In Australia’s case, emissions increased by 1.5 percent during the latest officially available 12 monthly figures. The only bright spot was the continued gains from renewable energy in the electricity sector. But the Labor government recently issued ten new offshore oil and gas exploration leases over almost 47,000 square kilometres of ocean. The resources minister Madeline King said, “Ongoing investment in the nation’s petroleum sector is vital for the economy and meeting the energy needs of Australians.” What is vital is cutting greenhouse gas emissions, not increasing fossil fuel production that adds to the forces causing increased flooding, droughts, wildfires, terrible hunger and record numbers of people displaced from their homes.

The outlook is not improved by Labor’s willingness to keep subsidising miners and farmers to use diesel fuel at a cost around $8 billion a year. Not surprisingly, transport emissions increased by 5.4 percent in the latest available figures. Anthony Albanese could have helped when he was transport minister in the last Labor government by introducing tighter fuel and emissions standards for cars that apply in the US, Europe, Japan, China and South Korea. He failed to do so. Now that he is prime minister, he is yet to act. Given its performance to date, it is difficult to believe the Albanese government is serious about its commitment to cut emissions by 43 per cent by 2030.

What’s much more believable is that Labor intends to increase military spending sharply, although all countries need to agree to cut this spending to make the world a safer place. Labor did not tell voters before the last election it intended Australia to become so closely entwined with the US that it will be locked into participating in any war US wants it to, including illegal wars of aggression. This would be a fundamental violation of article one of the ANZUS Treaty which forbids the use of force in international relations, without UN approval. This new military posture also contradicts Labor’s long-standing policy of rejecting a forward defence stance rather than focussing on the defence of Australia.

Shortly after the election, the defence minister Richard Marles committed Australia to a new policy of complete interchangeability of its weapons platforms with those of the US. The change commits Australia to buying US equipment, even though it is denied access to the core computer code needed to operate and maintain the weapons.

Marles is determined to get nuclear submarines for Australia to fire cruise missiles into China from offshore. Everything is wrong with this forward defence stand. Marles should explain why China would not retaliate against Australia. Once the first Australian missile was fired, the submarine would be open to detection and possible destruction. If it survived, it would have to make the long journey back to Perth to reload.

Marles’ quest for Australia’s own nuclear submarines is quixotic, not least because a key Admiral Scott Peppano recently made it plain that trying to build additional submarines for Australia would be “detrimental” to the US’s tight construction program. Even if they could be built, the first would not be available until well into the 2040s. Recent estimates put the cost to build the planned eight Virginia Class US submarines at $200 billion. Only two would be available at any one time due to maintenance problems. Nuclear submarines are easier to detect than modern conventional submarines. Ten of the high-quality, ultra quiet, German designed submarines operated by Singapore, Israel and South Korea would have a project cost of $15 billion – not $200 billion­—plus an outstanding maintenance record.

Undeterred, Marles is still committed to completing an 18 month study of the best nuclear options for Australia. The study should be dropped immediately and a modern replacement chosen for the existing Collins Class which are rapidly becoming obsolete. But Marles is persisting with the previous government’s decision to spend $10.7 billion to refurbish the Collins class designed in the 1980s. This will not deliver modern submarines which have a much improved chance of saving the lives of the crew in a war.

Marles recently announced in the UK that Australian submariners would begin training on British nuclear submarines. Buying British submarines makes even less sense than the futile quest to buy American ones. As part of his British trip, Marles also visited Germany and France to strengthen defence ties with these two European countries.

Most European countries are increasing defence spending in response to Vladimir Putin’s invasion of Ukraine. Russia is struggling to defeat Ukraine and in no position to attack any member of NATO. No extra spending is needed on their defences.

Marles is often badly wrong. He told journalists on June 6, “Most of our trade traverses the South China Sea”. The late Sam Bateman, a former Australian navy captain and esteemed “law of the sea” scholar, said most of Australia’s trade with China and North Asia – let alone elsewhere – doesn’t go through the South China Sea. Valuable bulk commodities such as iron ore and natural gas go outside that busy sea. He also said, “It is simply not true to say that Beijing claims almost all of the South China Sea and islands within it as sovereign Chinese territory. It may claim all the “features” (uninhabited rocks, shoals, islets and reefs) but only claim sovereign rights over the resources of the sea. This is not to be confused with the sovereignty a country exercises over at land territory and territorial sea”.

Bateman also said the South China Sea is not “international waters”, as it is almost entirely covered by the literal states’ Exclusive Economic Zones (EEZs) for exploiting natural resources. Rules apply to passage through the zones.

Because China is a major beneficiary of trade, it has no motive to interfere with commercial shipping, despite US claims to be the protecting “freedom of navigation” in the South China Sea. What the US wants is freedom to assert a right of passage for its warships within 12 nautical miles of Chinese claimed reefs and rocks in the South China Sea – something it would never grant to China off the US coast. Several other countries want limits to what warships and planes can do within their EEZs such as intelligence gathering. These include India, Indonesia, Malaysia, the Philippines, Thailand, Vietnam and South Korea.

Cabinet needs to insist Marles’ return to Labor’s previous support for an independent foreign policy and recognise there is no guarantee an arms build-up won’t lead to a calamitous war. Crucially, the Albanese government needs to give a clear priority to helping reduce conflicts and global warming that cause horrendous suffering to innocent people around the globe.