The documentary trying to build a democracy movement in Australia In an entertaining, new documentary, Craig Reucassel is working with the Australian Democracy Network in trying to help build a healthy democracy that is more fair, balanced, accountable and participatory.

This week an entertaining, new documentary was released aimed at a generalist audience, which explains how big money has captured our democracy. Importantly it also offers solutions. In the lead-up to the federal election, it will be a boon to integrity activists, such as the Australian Democracy Network.

Craig Reucassel of The Chaser, has done it again. Following the success of his War on Waste and Fight for Planet A: Our Climate Challenge, he has produced an entertaining film, Big Deal, which communicates a complex political problem in an entertaining format. The film’s release, and plans to elevate the issue of money in politics, are positive news for those who have been despairing at the erosion of our democracy.

Unlike his previous series, Reucassel is not the interviewer. He is the director. In a creative act of genius, he has chosen Christiaan Van Vuuren, a video blogger with a large following, to take us through the complexity. Van Vuuren’s naïve innocence exposes how money has infiltrated politics, but also why we should care, and how we can work together to ensure democracy is safeguarded from sale to the highest bidder.

Amazingly, Reucassel has been able to persuade some significant figures to be interviewed on camera — people who boast of having made massive donations to influence politics, or who courted those donations. The interview with Sam Dastyari is surely the highlight (or low light, depending on your perspective!). Dastyari is almost a caricature of himself, brutal in his honesty of how it works, in a way that shocks. Van Vuuren is visibly shaken by the interview.

The message is not all negative. Reimagining our democracy and finding ways to practise it are explored through the example of the grassroots democracy experiment, Voices for Indi.

The Voices for Indi is best known for electing Cathy McGowan to federal Parliament for six years, and returning Helen Haines as the first independent to succeed an independent. However, the focus of this movement has been ensuring the involvement of ordinary citizens, not specifically electing MPs.

In the film, we see citizens of Indi, not only in their “kitchen table conversations” at home, but also in Parliament House where Haines includes them in meetings and sends them to represent her at meetings. The film does not propose that this model is the answer, rather it shows what is possible. It also explores other successful citizen activism.

For War on Waste, Reucassel had an impact team, which provided resources for people who were moved to take action.

It is fair to argue that the War on Waste series kicked off the current level of interest in removing plastic from the waste stream. He has similar hopes for Big Deal with an impact team.

The film will be an important resource to entertain, inform and prompt action. In the coming months, it will be shown on the ABC in two episodes. Its release in cinemas this week is restricted to states that are out of lockdown, but a creative publicity campaign has it available for viewing online in various ways.

This time, Reucassel’s impact team is amplifying their reach by teaming up with the Australian Democracy Network and the network’s campaign called #OurDemocracy.

Launched more than a year ago, the Australian Democracy Network has been quietly building up its membership, so that it is now a collaboration of more than 100 charities and nonprofits. They aim to harness support for a healthy democracy that is more fair, balanced, accountable and participatory.

Assisted by some expert academic advisers, they have developed a framework of key reforms. The framework is very comprehensive, including the need for an integrity commission, donations reform, transparency in lobbying, restrictions on moving between ministerial offices and industry jobs in the same portfolio, and much more. After being carefully workshopped, it is now supported by an impressive list of charities and civil society organisations, which are ready to support the #OurDemocracy campaign.

For these democracy campaigners, the opportunity to work together with a Big Deal is a dream come true. Both parties see their collaboration as an opportunity to build momentum and bring a new approach.

The Australian Democracy Network is also new in the interests it brings together. The power which the fossil fuel lobby wields over the major political parties is well documented in relation to climate change. The environmental movement has been drawing attention to this for years.

But similar political influence from big money is also the concern of health groups concerned about junk-food advertising, of anti-gambling groups, and of anti-tobacco groups. All see the corruption of our democratic process as a basic problem that stops their individual efforts at reform.

The coming federal election will be the network’s first opportunity to begin building a concerted movement, but it is not the end game for this campaign.

The election is a first important step in building a campaign that will be long and hard fought. The forces that have hijacked our democracy are not going to give up easily.

Significant reform targets are in the framework, with an integrity commission, probably the first cab off the rank. However, the extent of the problem must be realised by the public before a movement can be created. This is where a Big Deal is important.

The time is ripe for building a democracy movement in Australia. Peals and Irritations and other progressive publications are awash with stories of corruption, abuse of the system and disillusionment on the part of the public.

The coming election will no doubt focus on Covid and climate change, but political integrity and the story told by Big Deal, stand a good chance of being in the mix.  You can check out the film’s trailer here. 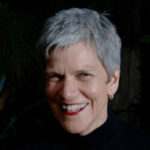 Dr Joan Staples’ career has been in policy and advocacy with civil society organisations. As Hon Principal Research Fellow at RMIT, she researches the role of civil society in our democratic practice.