The Samuel Report and its rejection of an independent regulator by the Minister have ‘grave’ implications for the health of countless communities around Australia.

Submissions by many health experts urged the Samuel Review to highlight that enduring protection of human health must be an integral part of the EPBC Act reform and embedded more securely in assessments of resource projects by the states.

The Report dismissed health together with water and climate change, suggesting that to include “would result in muddled responsibilities, leading to poor accountability, duplication and inefficiency”.

The ABC documentary “Fight for Planet A: Our Climate Challenge” Episode 1 at 51 minutes, shows terrible scenes of the Hunter region, not a moonscape for that has stark beauty, but an obliteration of landscape. It is a flagship of failures of the Environment Protection and Biodiversity Conservation Act (EPBC) Act to protect the environment and human health over the past 20 years.

Residing in an area of desolation with air pollution in the midst of coal mining, we see a lady with laboured breathing from damaged lungs, wiping a thick coating of coal dust from her table. A local general practitioner tells us about the chest, heart and brain diseases and childhood asthma linked to the regular environmental exceedances in air pollution.

Most people understand that human health and the environment are indivisible. Therefore environmental protection must be paramount in our mission to safeguard our life support systems of clean air, adequate water, stable climate, biodiversity and productive land.

Indeed these are also life supports for Australia’s decreasing biodiversity and their deterioration is driving declines in Australia’s essential ecosystems and plant and animal populations.

The Interim Report of the EPBC Committee chaired by Professor Samuel recognises the serious environmental crisis and that the current Act fails abysmally to address it urgently. It implied that the construction of the EPBC Act was archaic, did not protect the environment and required substantial reform.

The Samuel report recognised the value of Indigenous knowledge and improving protection of cultural heritage. Action on both will have flow on effects to better Indigenous health. However, their words will remain hollow unless widely implemented.

However the Report’s failure to mention the words ‘human health’ and to acknowledge health and environment as indivisible, destroys confidence in the report.

Let us examine the health issue of air quality illustrated in the ABC documentary.

The regulation of air quality;-

Currently, this is disorganised and inadequate resulting in deaths and illnesses. However,

The minister does not have power under the EPBC Act to regulate a proposal that will have impacts on matters such as air quality, noise, odour, general amenity or animals that are not listed as threatened or endangered under the EPBC Act. These environmental matters are the responsibility of the relevant state government to consider during any state assessment and approval process.

National air quality standards define the limits for pollution by particles and gases (The Australian Ambient Air Quality National Environment Protection Measure -AAQ NEPM) and define monitoring and action to be taken by the state.  The standards are inadequate according to WHO recommendations. Even so they are poorly implemented by the states.

In practical terms, during the 20 years of the current EPBC Act, most responsibility for the serious environmental decline has resided with the states’ and territories’ inadequate environmental impact assessment (EIA) of major projects. The Samuel Committee said the EIA is “a convoluted process based on poorly defined key terms”. Its critique was scathing, yet it has devolved more, not less, responsibility to the states.

Health Impact Assessment (HIA) which includes air quality is an integral part of the EIS process and these assessments have been inadequate, hidden or apparently manipulated by states and territories in favour of development.

Additionally, state health departments have very little power to influence harmful developments, which means people, as well as biodiversity and the environment, are left unprotected when our foundational environmental laws are ineffective.

Improved outcomes in the Hunter and many similar developments around Australia are now unlikely. The interim report provides little teeth or hope for change, and doctors are concerned that many communities will continue to suffer air and water pollution, excessive noise, grief, stress and divisiveness.

And, like now, their only redress will be through prolonged and expensive legal actions which have been a feature of developments in Queensland and New South Wales in particular.

The weakest part of the report is likely to be the proposal for “strong Commonwealth-led national environmental standards which will underpin new bilateral agreements with State Governments”.

Even if existing standards were applied to air quality, the states have failed to demonstrate willingness or ability to adhere to them.

The Samuel Report proposed that an independent regulator be appointed to oversee the series of standards.  This huge leap of faith was too much for Minister Ley who demanded that the regulator be in her Department and thereby stripped of independence.

The Streamlining Environmental Approvals Bill, which passed the House of Representatives today, is the Morrison Government’s first step towards implementing the National Cabinet decision, agreed by all states and territories, to move to a single touch model for environmental approvals.

Put succinctly by the Minister, “it will allow projects to be fast-tracked”

Climate change, caused mainly by coal combustion is omitted from the EPBC review, yet climate heating, drying and bushfires are accelerating the continuing loss of our native animals and plants. The Report notes;-

The impact of climate change on the environment is building, and will exacerbate pressures, contributing to further decline. Given its current state, the environment is not sufficiently resilient to withstand these threats. The current environmental trajectory is unsustainable.

While climate change is a significant and increasing threat to Australia’s environment, successive Commonwealth Governments have elected to adopt specific mechanisms and laws to implement their commitments to reduce greenhouse gas emissions.

The opportunity to recognise the need for water reform to preserve biodiversity and human life in this increasingly dry continent is further demoted by reducing the responsibilities of the IESC which was created to provide expertise to incompetent states.

By silencing arguments about health, climate change and water in the Review, the committee has allowed the government to avoid addressing a complex and wicked problem that will fail all species including humans.

The Report will be a bitter disappointment to the many engaged citizens, scientists, environmentalists and health workers who recognised the need for an expert national policy and decision-making body that would stand above political manipulations. This would ensure true protection of all environmental values on land and in coastal waters, as well as climate, water, and human health and ensure as far as possible that Australians have a healthy and sustainable future.

Many will feel this review has failed to provide comprehensive reform by bringing together those issues that threaten the sustainability of this fragile continent. Instead it may come to be seen only as a means to ensure economic progress. Government and the Report fail to understand that the plunder of more environments to serve the perceived political need for permanent economic growth is a bad dream from which we will awaken in the desert. 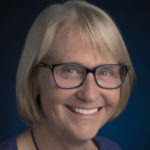