The erosion of Medicare 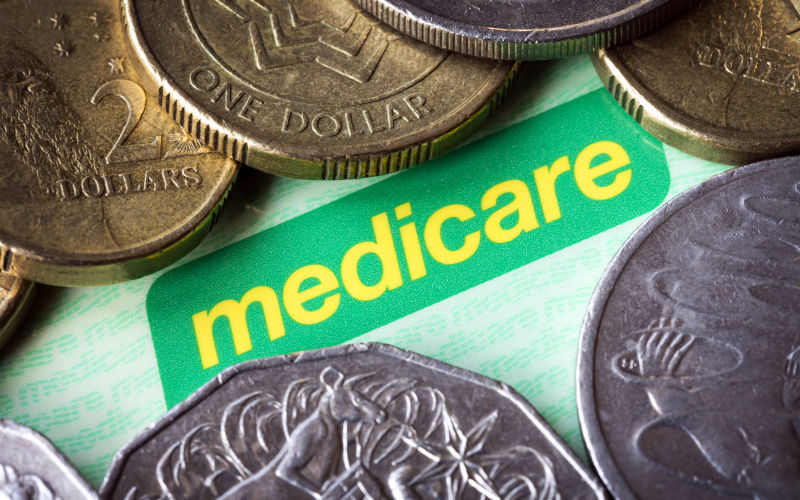 When Medicare was introduced in 1984 – replicating the key features of Medibank as it operated in 1975-76 – the policy intention was clear: access to health services by Australians should not be restricted by capacity to pay. As Dr Neal Blewett said when introducing the legislation: “Medicare will provide the same entitlement to basic medical benefits, and treatment in a public hospital by the hospital’s doctors, to every Australian resident regardless of income. This universality of cover is obviously desirable from an equity point of view. In a society as wealthy as ours there should not be people putting off treatment because they cannot afford the bills. Basic health care should be the right of every Australian.”

The immediate impact of Medicare was to provide health insurance to almost 2 million people – 13 per cent of the population – who were previously uninsured. Regressive private health insurance premiums for medical and public hospital coverage were replaced by the income-neutral Medicare levy. The byzantine bureaucratic process for lower-income earners to obtain access to a health care card was abolished. Measured against its primary objective, the initial implementation of Medicare was a success.

All government policies would benefit from an ongoing process of evaluation, review, and adjustment.  The Hawke government in 1990 set up the National Health Strategy led by Jenny Macklin (before she entered politics) as a comprehensive review of the performance of the health system as a whole. But since then there has not been another whole of system review, despite the Productivity Commission’s frequent suggestions that it would be very happy to take on the task.

There have been two major reviews of the Medicare Benefits Schedule (MBS) – the Relative Value Study of 2000-02 and the recent MBS Review. These have both focused on how the MBS is structured, the content of items, and the relative schedule fees for different items. There has been no consideration or review of the efficacy of the MBS in meeting its key policy objective of ensuring access to medical services.

Such a review is long overdue.

When Medicare began in 1984, most medium-sized and all major public hospitals operated a range of outpatient departments where patients could consult staff specialists or VMOs free of charge. For services provided in doctors’ rooms in the community, Medicare paid a benefit of 85% of the MBS schedule fee, to which most specialists adhered.

Over the last four decades this system has broken down. State governments initially realised that they could turn outpatient departments into clinics where specialists billed Medicare for consultations at the 85% benefit level – meaning no out-of-pockets for patients.  Over time they went further, effectively turning the clinics into doctors’ room where doctors could charge as they wished.

The federal government’s indexation arrangements for MBS fees has led to a widening gap between fee increases and cost of living increases, resulting in a steady decline in schedule fee compliance and a steady increase in out-of-pocket costs. While the index used to increase fees combines a measure of wages growth with CPI, the wages growth measure is based on the dollar increase in the basic wage divided by AWOTE (average weekly ordinary time earnings). This systematically undercompensates for wage growth – for example, a 2% increase in the basic wage would result in an increase of only 0.9 percentage points in the wage cost component of the index. And for a number of years, MBS fees weren’t indexed at all.

The AMA argues that if fees had been indexed by a combination of average weekly earnings and CPI they would have increased by about 250% in the period 1985 to 2021.  However, actual fees increased by only 80%.

Competitive pressure among GPs has ostensibly led to a maintenance of high bulk billing levels and schedule fee compliance – although recent reports suggest that many GP services recorded as bulk billed also involve a direct payment by the patient.  However, specialists have not faced the same pressure, and they have maintained their income by increasing the fees they charge far faster than the MBS fee and benefit.

This has had consequences for access to services. The ABS Patient Experience Survey suggests that half a million Australians deferred or avoided a specialist appointment because of financial concerns.

And these examples are from practices willing to be open and up-front about their fees. If they were out of step with the market they would presumably not be so transparent.

Fees at these levels would be hard enough for a full pensioner to manage on a weekly income of $494, but almost impossible for a JobSeeker recipient on $321. Many employed people on average weekly earnings of $1081 (after tax) would also find these fees a challenge.

Medicare is failing in its objective of ensuring that people are not putting off medical treatment because they cannot afford the bills. And the failure is due in large part to the systematic under-indexation of specialist fees and benefits under the MBS. As Mathias Cormann would have said, it is a feature of the system, not a bug. It needs to be fixed if Australia is to boast of having a universal health care system.