The face of homelessness in Australia is changing

As house prices soar and wages stagnate, the housing affordability crisis is creeping towards middle Australia. Governments have left housing to the market and the market has failed.

Deb Madden was devastated after her husband died and with few people to call upon, Deb faced the added burden of being unable to afford the rent on her apartment. She became one of a fast‑growing number of older women experiencing homelessness. Vinnies was able to help first by providing a room in a local hostel and then helping Deb to relocate to a permanent home in one of Vinnies’ brand new social housing sites.

There are thousands of people like Deb across Australia, facing homelessness. But not all manage to find a long-term, secure home. At least 650,000 social and affordable homes are needed right now, with over 116,000 people experiencing homelessness on any given night.

Homelessness is no longer that stereotypical person sleeping rough. It’s people like you and me, just one life event away from a devastating change in circumstances – illness including mental ill health, relationship breakdown, loss of a spouse, domestic violence, or the loss of a job. Older women are now the fastest growing group of people facing homelessness.

This emerging picture of homelessness must not become the new normal. Of 74,000 rental listings in Anglicare’s 2021 annual survey, only three were affordable for a person on Jobseeker and none for a person on Youth Allowance. And two thirds of 170,000 vulnerable private renters are currently in rental stress with less than $250 a week to live on after paying rent.

Supported housing saves $13,100 per person annually in reduced use of overall government services, even while factoring in the cost of supports. Yet there are at least 31,000 people living with mental ill-health who are homeless or at risk of homelessness and have long-term unmet housing needs. Without a significant investment, supply will remain limited while negative gearing and low interest rates attract investors, boosting house prices.

We have a National Housing and Homelessness Agreement between the Commonwealth and states but we don’t have a national strategy.  Only the Commonwealth can drive the implementation of a national strategy over at least a 30-year period.  If we’re serious about addressing Australia’s spiralling housing crisis, our politicians have to accept that any strategy needs to be significantly longer than one cycle of government.

Every day, charities like St Vincent de Paul provide support to people who have nowhere to call home. The Society has repeatedly called for the Federal Government to establish a social housing fund of $10 billion to augment the efforts of the states and territories to address the chronic housing shortage.

In its response to the Federal Budget, Labor committed to this investment. The Society welcomes the commitment of a number of the states, such as Victoria and Queensland, to their own significant investments. But in the face of escalating need, a bipartisan, cross-jurisdictional effort is essential if we are to address this crisis.

It’s easy to blame people who haven’t got anywhere to live. But if we continue to put off addressing the deteriorating supply of affordable housing, we will continue to see a rising tide of homeless families forced to seek help from our charities just to survive.

The Great Australian Dream is fast moving beyond the reach of minimum income earners, placing pressure on a limited, overheated rental market. More than one million low-income households rent in the private market. This figure has more than doubled over the past two decades. Young people are increasingly vulnerable.

And at the other end of the scale, the most disadvantaged older people are those living on the aged pension who do not own their own home. We also know that family and domestic violence is the leading cause of homelessness and the majority of those affected are women and their children.

As affordable housing moves beyond the reach of middle Australia, public policy must consider the economic cost of failing to ensure everyone has a place to call home.

The solution is there but ideology perpetuates. The Commonwealth is side-stepping its responsibility. It makes no social or economic sense for any government to dig its heels in. In the face of the economic facts, it’s difficult to understand the lack of political will to invest urgently.

Australian economists and other experts agree that Australian governments have not fully considered the impact the housing system has on productivity, growth and wealth distribution. High housing costs suppress demand for other goods and services. High mortgage debts and burdens raise the risk of economic instability. High rental costs for low-income renters impair productivity.

Stable, secure, affordable housing is vital for better outcomes in health, including mental health, education and employment, and economic and social participation.

Housing insecurity perpetuates high use of other government services such as health and hospital care, emergency services and interactions with the justice system.

The Commonwealth Rental Scheme is now out of reach for many who are swamped with inaccessible red tape. It needs a complete overhaul.

Governments must step up. It’s impossible to get your life in order if you have to work out where you will be sleeping each night. Housing security is the first step to building better lives. From there, people can focus on their health, support their families, access training and education and find a job. 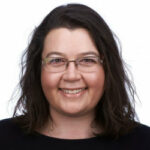