The failure of Australian companies in Asia

Australian corporates are reluctant to enter into commercial relationships in foreign countries, particularly those in Asia, and this is at odds with our geographic location and our rhetoric.

We have repositories of extremely experienced and talented people who band together to exchange information but only with those people who have the same interests, to form “silos”. These silos contain people with incredible experience and expertise, but too often that expertise is not shared with other groups. This article explores that phenomenon.

After having spent more than 35 years providing advice and assistance to organisations wanting to establish or enhance a commercial presence in Asia, I am still concerned and disappointed by the reluctance of Australian corporates to embrace the region commercially, and the reasons for that reluctance officially remain a mystery.

That Australia corporates are reluctant to engage in Asia has been clearly demonstrated by many commentators, probably the most well-known is “Passing Us By. Why Australian businesses are missing the Asian opportunity, and what they can do about it”. A 2014 study by PwC, its outcome and conclusion has been supported by many subsequent studies.

One of the reasons promulgated by the PwC study is our lack of understanding or knowledge of the countries in the region, which is quite surprising given the supposed quality of our connection with the region. We regard ourselves as being quite knowledgeable about our regional neighbours, and if we explore our knowledge bases it is quite impressive.

Our real knowledge is in three major silos, which are groupings of individuals or institutions with a common theme, and these form the basis and reason for the silos. Those silos are as follows:

The largest is another silo which is not mentioned above, and it is the vast majority of the populace, those which do not regularly nor intentionally seek information on the global situation and have little interest in the inter-relationships of the various countries from a tourist, cultural or commercial perspective. The views of this group are generally multi-faceted and may be formed from newspaper and TV reports, many of the facts could be dubious. While the level of understanding of this group is varied and may well be quite low, it is not the intention of this discussion to highlight the vagaries nor remedies of lifting that understanding

These 3 silos contain an extremely high level of experience and expertise in their associated fields, but there is almost no cross fertilization of information nor ideas. Many years ago, I attended the Asian Updates conducted by ANU, these were at least 1-day seminars where researchers and others presented the findings of their research. It was noted that the vast majority of the audience were academics and from a casual observation, it appeared that there was only one attendee from a commercial organisation in the audience of over 50 people. It was clear that the presenter was outlining some facts and issues which could/would be of significant value and interest to the members of a different silo.

It is this area of Silos in which Australia is sadly lacking. There is ample and extensive knowledge and experience within each silo, and ideas and experiences are explored, shared and compared but the sharing of that information with the other silos is sadly lacking and that is to the detriment of us all.

Why is that information and skill not shared across the silos?? That is a question which has been troubling for a long time. Does it really matter? Is it a factor in our reluctance to commercially connect with the world? It is easy to believe that it is, but it is difficult to determine the relevance or importance of it, but it is highly probable that we would be much more commercially savvy if we did not have that reluctance.

Some organisations have taken some early steps in this direction, but the Covid virus made progress particularly difficult, and renewed efforts during 2021 will be required to make a meaningful action.

But from a national level what can we do? We have an excellent opportunity to do things differently in 2021 as the rules of the game will have changed significantly, and most community leaders are prepared to accept or even sponsor changes to the way things were previously performed.

It is a factor worth considering. 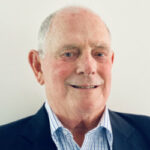