The fall of Kabul: false friends for over sixty four years 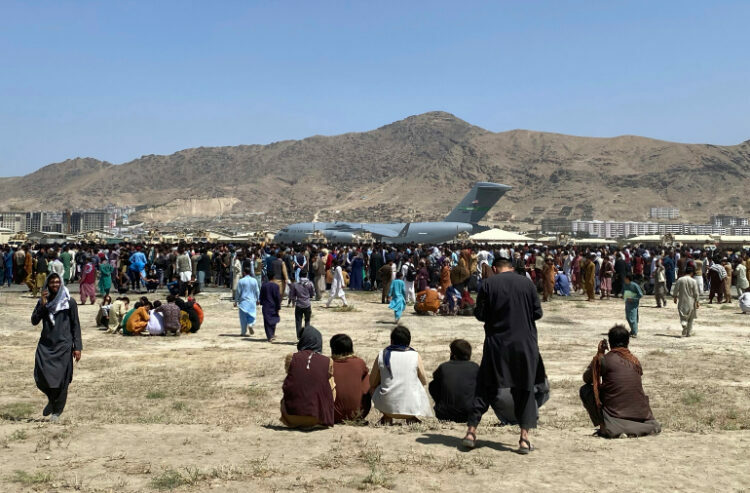 On hearing of the fall of Kabul a few days ago on 15 August, I recalled how shocked I had been by the fall of Saigon on 30 April 1975. As an Australian soldier who served in the Vietnam War between September 1972 and March 1973, I was an adviser to the old Army of the Republic of Vietnam and commanded the Australian Embassy Guard in Saigon. Since 1975, I’ve also spent a lot of time thinking and writing about the nature and outcome of the Vietnam War. So it is that, as the fall of Kabul has come to pass, I find myself more saddened than shocked by that event.

Now the data rushes in on the trillions of dollars squandered in supporting the Islamic Republic of Afghanistan and the $85 billion spent on its army over almost 20 years. The excuses multiply. The casualties are enumerated: some 116,000 Afghan soldiers and police, plus 51,000 Taliban fighters are currently said to have been killed; while some 2,500 American soldiers, almost 4,000 more American civilian contractors, and 41 Australian soldiers have been killed. Then there are all those injured and left homeless.

These accounts remind me, however, that by the standards of the day the scale of both the corruption and the casualties in America’s Indochina War were at least as staggering. There whole phantom army formations were on the payroll. At the same time, the real-life casualties there were many times higher than in Afghanistan. Figures in the high estimate range for the 1955-75 period, dominated by the so-called ‘American war’, are as follows: over three million Vietnamese and up to half a million Cambodians and Laotians were killed and millions more injured and left homeless. The ‘American war’ also generated the conditions that led to the killing of up to two million Cambodians under the Khmer Rouge between 1975 and 1979 when the Vietnamese stopped it.  Also, in Vietnam, at least 47,434 US soldiers were killed and some 250,000 wounded, while 521 Australians are officially listed as killed and 3,131 wounded. Any reflections on the human costs of both wars also need to include the American and Australian veterans who have died from suicide since both. Altogether, an argument might be made that puts the US holocaust and its aftermath in Indochina right up there in the big-league nudging Nazi Germany’s.

The fall of Kabul is thus a reminder that the sort of American state sponsored destruction we have witnessed in Afghanistan has been going on since at least 1957. For that was when the US bankrolled the Republic of Vietnam – as they did the Islamic Republic of Afghanistan between 2004 and 2021. Then, the US Army built the Army of the Republic of Vietnam in its own image, which is to say around US-style heavy weapons technologies designed for large scale conventional war – much as they did again in Afghanistan. Pretty much the same in Iraq, also, lest we forget. Eventually, these US built political and military super spreaders of corruption and incompetence as well as violence in local peasant and tribal-type social environments were doomed to fail in the face of determined small scale guerrilla style enemy forces with superior strategies. Equally inevitable in this context was the US state’s final betrayal of its own and allied soldiers and of the whole of the indigenous states and armies it created in both conflicts. Nixon and Kissinger betrayed their people during the Paris peace talks in 1972 and, in the end, Trump’s incompetent negotiations with the Taliban in February 2021 have done something similar.

Therefore, it has been hard not to think over the last few days of all those people the American government has set up for terrible falls by proving to have been a tremendously ignorant, self-centred and, indeed, false friend for over 64 years. I have also been wondering if the Australian government, which cunningly encouraged and supported the US involvement in Vietnam and Afghanistan, or the Australian people have yet begun to think deeply about the central element of their sense of their place in the world: the American Alliance?