The fantasy that haunts our cult of the fallen 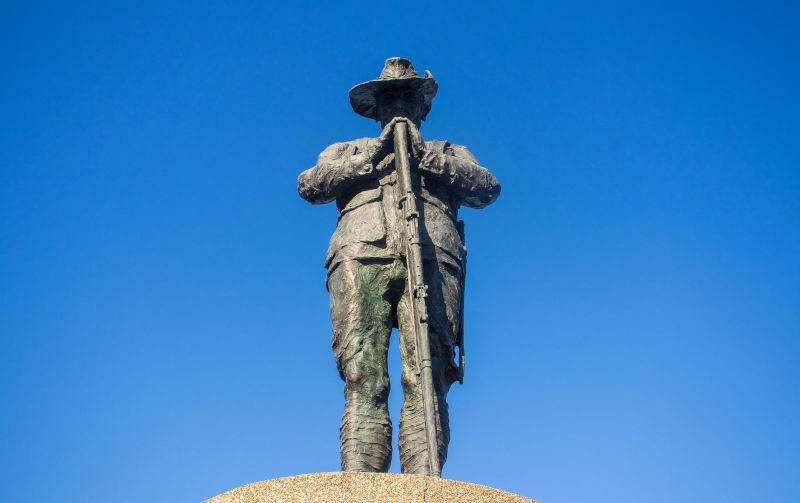 Let us acknowledge that sincerity at the outset, and pause respectfully. Image: Pixabay

According to the fantasy, there is a ‘moral obligation’ toward dead Anzacs – but not to democratise the decisions that would throw live Anzacs into war.

There is no doubting the sincerity of the grief felt by the bereaved, those who will gather at the myriad sites of memory and mourning across Australia on Anzac Day. Let us acknowledge that sincerity at the outset, and pause respectfully.

But there is a fantasy that haunts our cult of the fallen. The fantasy is this: that our political leaders so love the serving men and women that they would never recklessly commit them to war.

Let us consider the high-profile official ceremonies. They come with lashings of vice-regal pomp, gilded functionaries, and perfect parades. Often clergymen are on hand, like God’s ushers, to mix military and religious ritual. Ancient hymns are sung, suggesting that those who enlisted are those ‘who had heard God’s message from afar’.

At such ceremonies, the leaders of the political class are often very prominent. In solemn addresses, they exalt the example of the Anzacs’ sacrifice, service, and comradeship. The rest of the year, in ordinary parliamentary speechifying and media commentary, they compete in offering tokens of their devotion to the dead, committing fantastic sums to promote the cult of the fallen, and denouncing any history that dares to veer away from a simple ‘take a bow, Australia’ spirit.

Consider the lavishness of the spending on remembrance. The latest example of extravagance is the $498 million to be spent converting the dignified Australian War Memorial into a giant museum of combat experience, filled with contemporary military hardware under vast canopies of glass.

Supposedly, big money is required to boost respect. For example, much is spent identifying and reburying the remains of the thousands of Australians who were lost or identifiable in the chaos of war. Our political leaders describe this as a ‘moral obligation’ owed by those who send our troops away. Every Anzac is sacred. Whether surviving veterans today share in this largesse is a hot issue.

Consider commercial ‘Anzac’ products. Some are bizarre parodies of respect. For instance, a famous photograph of the 11th Battalion on the Cheops Pyramid in 1915 just before their catastrophic deployment to Gallipoli has been turned into a poster for a trophy room. It is endorsed with the words ‘Fall an Anzac – Rise a Legend’. The message is clear: every lost Anzac is truly immortal.

What is all this meant to prove? Presumably, that in the eyes of our nation and its leaders, every serving soldier, sailor and aviator, past and present, is cherished. Supposedly, the political class, the ultimate decision makers upon war and peace, so love our men and women in uniform that they count every hair on every head, then and now.

Supposedly, so deep is the love of our Anzacs that those who sit in the cabinet rooms would never be dishonest in describing the need for deployment, and never mislead the families of those sent to fight. They would never lose strategic control over our forces, never embark upon war for sordid purposes, and never see our war aims escalated to serve the interests of others.

In short, the decision makers – generally the older generation, with their families, careers, and wealth all secure – would never imperil the lives of the generally much younger and working-class men and women by wantonly launching them into war. Would they? If they did, surely the ghosts of the dead would haunt them, and our war-making leaders, traumatised by the responsibility, would abandon their careers and slink away into obscurity. Wouldn’t they?

Is any element of this elaborate fantasy true? Let us skim across just three intensely controversial deployments.

In August 1914, with a federal election imminent, the outgoing Liberal government of Joseph Cook offered Britain an expeditionary force of 20,000 men under British command, for any objective, at any cost. The Labor government of Andrew Fisher elected in September, and later the National government led by the Labor renegade Hughes, did no better. Australia exerted no pressure on London to restrain its own expansionist war aims or those of the Entente coalition. Australia never advised London that opportunities for a negotiated end to the catastrophe should be explored. War to the bitter end was insisted upon; critics were stamped upon. The result: protracted disaster.

Flash forward fifty years. In April 1965, just before Anzac Day, the US Special Ambassador Cabot Lodge visited Australia to brief the Menzies government on the situation in Vietnam. Just ten days later, on 29 April 1965, prime minister Menzies told a late-night session of parliament – there was no vote – that Australian forces were being sent to Vietnam. He falsely suggested that this followed from a South Vietnamese request for assistance, when in fact that request had been solicited through back-channels. Only a month later the government amended the Defence Act to enable the deployment of conscripted young men anywhere beyond Australia. The result: protracted disaster.

In March 2003, the Howard government authorised the already ‘pre-deployed’ Australian forces to join combat operations to disarm Iraq of its ‘weapons of mass destruction’. Later, prime minister Howard pleaded that he had not knowingly misled the Australian people at that time because he had truly believed the faulty intelligence. But in April 2013, on the tenth anniversary of the Iraq war, he revealed in a speech that, in any case, he had always believed that Australia had to fight as an ally of the USA, because the circumstances ‘necessitated a 100 per cent ally, not a 70 or 80 per cent one’. The result: protracted disaster.

Apparently, this historical record of duplicity, deceit, and recklessness scarcely troubles the political class. For example, in November last year, the two major political parties combined in a Senate Foreign Affairs, Defence and Trade Committee Inquiry to deflect the latest attempt to reform the ‘war powers’. The power to choose war remains, by a quirk of history, under the ‘royal prerogative’, reserved absolutely to the executive. Our political leaders’ cherishing of each and every Anzac is revealed as pure fantasy.

So, according to the fantasy, there is a ‘moral obligation’ toward dead Anzacs – but not to democratise the decisions that would throw live Anzacs into war. That is the true measure of our political leaders’ love and respect for those in uniform