The fascist who inspires the Russian messiah 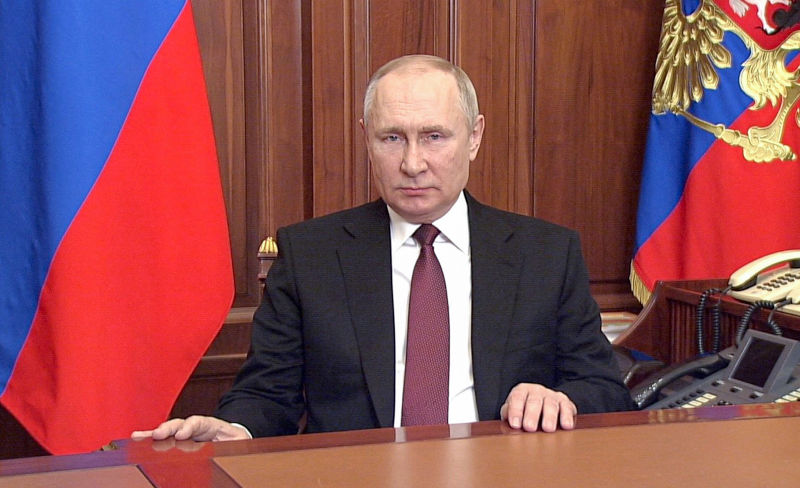 Putin insists on having sent his troops to Ukraine to liberate the country from Nazism. Image: Wikimedia Commons

Ivan Ilyin was a Christian Fascist, exiled by the Communists after the 1917 Revolution, and whose influence on Vladimir Putin has been profound.

Little known outside of Russia, Ivan Ilyin is to Putin what Marx was to Lenin, the thinker whose influence defines how he conceives of the power of his homeland and its place in the world. Condemned to exile in the days of the Soviet Union, Ilyin died in Switzerland in 1954. From his grave, the very Christian Ilyín would be very satisfied with Putin.

And he would be grateful too. In 2005, Putin ordered his remains to be transferred to Moscow for burial with honours due to a hero of the country. The following year Putin sent an emissary to the University of Michigan to recover the most important collection of Ilyin’s personal documents. He then started the custom he maintains today of citing Ilyin in his speeches, as his light and guide. The president’s subjects responded accordingly.

Dmitri Medvedev, the puppet that Putin installed in the presidency from 2008 to 2012, recommended to Russian youth that they read Ilyin. Patriarch Kiril, “Pope” of the Russian Orthodox Church and Putin’s former KGB partner, has quoted Ilyin approvingly, as have Foreign Minister Sergei Lavrov and Russia’s regional governors.

In 2014, the Kremlin gave a collection of Ilyin’s political essays to all Russian civil servants. In 2017, Russian state television included in its commemorations of the centenary of the Bolshevik revolution a documentary that celebrated Ilyín’s moral legacy, a curious gesture since he was a fervent opponent of communism.

In a book entitled The Road to Unfreedom, the American author Timothy Snyder, professor of history at Yale University, identifies Ilyin as the pillar on which Putin’s messianic drift after the fall of the Soviet Union is based.

The book was published in March 2019, three years before the start of Putin’s current “special military operation” and contains this prophetic sentence: “Putin depends on the authority of Ilyin to explain why Russia has to weaken the European Union and invade Ukraine.”

In Ilyin’s works, notably one titled Our Tasks, we read repeated echoes of Putin’s message today, a constant mystical exhortation about Russia’s imperial destiny fuelled by anger at the West after its defeat in the Cold War. “We are confident that the time will come when Russia will emerge from disintegration and humiliation and begin a new era of development and greatness,” writes Ilyin.

Also: “The West exported the anti-Christian virus to Russia.” And: “The West is guided by a plan of hatred and lust for power.” To top it off, Ilyin considered that Ukraine did not exist as a nation, that it was part of Greater Russia. It was no accident that when laying flowers on Ilyin’s grave in 2009, Putin declared: “It is a crime to talk about the separation of Russia and Ukraine.”

What doesn’t add up so much today is that Putin insists on having sent his troops to Ukraine to liberate the country from Nazism. Ilyín was an admirer of Mussolini, Hitler and Franco. He was, not metaphorically but literally a Fascist.

After being exiled by Lenin’s Reds in 1922, Ilyin joined the “white” counterrevolutionary side. That same year Mussolini came to power in Italy, a fact that Ilyín celebrated because he thought Fascism as the model to follow, but at the same time lamented the fact that the Italians put it into practice before the Russians.

His consolation was that “the white movement is deeper and broader than Italian Fascism”, more based on the Russian Christian concept that demands “the blood sacrifice of the enemies of God.” Convinced that the dissidents would overthrow the Bolsheviks, Ilyin referred to them as “my white brothers, Fascists.”

Ilyín lived in Berlin between 1922 and 1938, which allowed him to see the rise and triumph of Nazism up close. Hitler, he wrote, had “done all of Europe an enormous favour” by stopping further communist revolutions. The pity, he added, “is that Europe does not understand the national socialist movement”, whose “spirit” the Russians should assimilate.

What Russia needed, he said, was a redeemer willing to make the “knightly sacrifice” of shedding the blood of others to seize power. A Fascist coup would be “an act of salvation.”

The fatal blows received by his two idols in World War II forced him to reconsider. In an essay written in 1948, Ilyin acknowledged that Hitler and Mussolini had made tactical mistakes from which “Russian patriots” should learn. But the essence of Fascism was still good.

“The masses can achieve much when it comes to fighting,” he wrote, “but their ability to reason remains pathetic.” That is why the destiny of the country had to be entrusted to a vozhd, a leader, dictator or “führer”. “Anyone who does not unconditionally love their national vozhd… will lose him,” Ilyin wrote. “And this is exactly why his enemies try to weaken the image of the vozhd, the sovereign, with doubts, mockery, slander and demonization.”

Stalin called himself “the vozhd of the proletariat.” Today many compare Putin with Stalin, his Russia with the Soviet Union. They are right about the control methods. Putin exercises power through fear and lies. The only truth is his truth, necessarily contradictory and selective with the facts. The president of Ukraine is Jewish and Nazi at the same time. Ilyín was a visionary and his admiration for Hitler, well, we threw that into the dustbin of history.

The difference with Stalin and the Soviet Union is in terms of the ideals that Putin professes to defend. From the reign of the workers, nothing. On the contrary. As Ilyin preaches, the masses must submit their will and entrust their destiny to the redeemer, to God’s chosen one who will resort to blood sacrifice to recover the lost national glory. That’s where Putin is at. Fascism, or something very similar.

This article appeared in Clarín, Argentina, on 23 April 2020, and is translated by Kieran Tapsell

John Carlin is a journalist, author and columnist for both English and Spanish language newspapers.