The flaws and fantasies of the new Biden doctrine 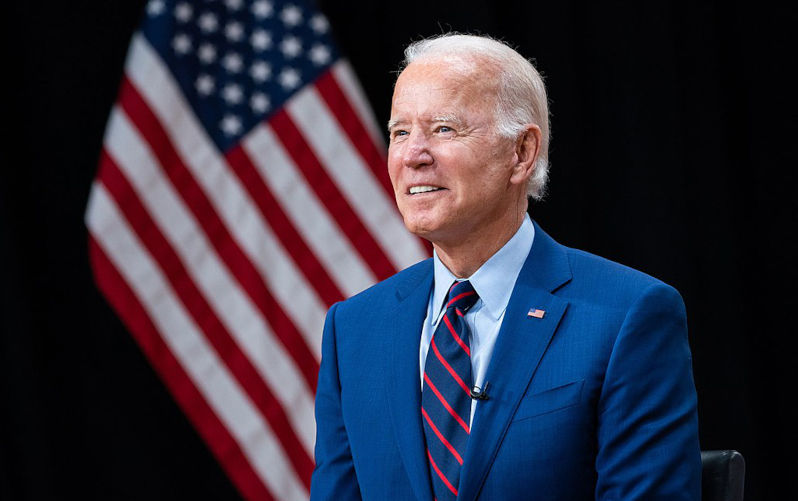 The US president’s new National Security Strategy is ambitious — and delusional about America’s role in the world.

It claims the role of an indispensable global leader like Bush Sr and embraces a Manichaean view of the world — democracy vs autocracy, good vs evil — like Ronald Reagan and George W Bush. It promotes the gospel of free democracy and open markets like Bill Clinton, and suggests that like, Barack Obama, Biden is ready to cooperate and negotiate with “rogue regimes”. It even underlines an America First approach that prioritises domestic spending and investment — borrowing from the man Biden dismissively refers to as the “former guy”.

No easy feat; no less after the Russian invasion of Ukraine, which has complicated the NSS final draft and delayed its publication by several months. To paraphrase Mike Tyson: “Everyone has a strategy until they are punched in the face.”

So, where this pompous exercise in grandeur falls short on coherence, it makes up with easy cliches about the indispensable nation’s role in the creation of a “prosperous” and “inclusive world”.

From the outset, Biden makes a number of fanciful — even delusional — assumptions about US world leadership. “Around the world, the need for American leadership is as great as it has ever been,” the document claims, because “no nation is better positioned to lead with strength and purpose than the United States of America.”

Such assumptions may have been true in the post-Cold War period but can no longer be justified — not after three decades of failures and fiascos, overreaction and later overreach; and not after the country’s recent retreat and retrenchment from the global stage.

Yet, the NSS pronounces that “we must proactively shape the international order in line with our interests and values”. There’s no escape from American righteousness, even when those liberal values are backsliding at home and abroad.

Every time the United States leads by the example of its power, it compromises the power of its example, alas.

At the heart of the newly unveiled strategy lies a paradox in the form of a clearly stated dual challenge to American national security: a geopolitical threat from China and Russia, and global threats — climate change, terrorism, new pandemics and food insecurity, among others.

For the long term, the Biden administration is preoccupied mainly with a rising China. In the immediate, it is also focused on the Russian threat to European security. It believes these autocracies are “working overtime to undermine democracy and export a model of governance marked by repression at home and coercion abroad”. All of this, of course, hinders the indispensable multilateral cooperation needed to tackle common transnational dangers that know no borders or geography.

To resolve this paradox, the NSS proposes to “preserve and increase international cooperation in an age of competition … within the rules-based international order and while working to strengthen international institutions”. Hence, Biden claims not to seek “a new Cold War” with China, but rather reaffirms America’s One China policy, and makes clear that Washington does not support Taiwan’s independence.

But China and Russia view America’s “rules-based international system” as the incarnation of US imperialism. They pay attention mainly to what the US does — not to what Biden says. They regard US strategic containment, military buildup, and alliance formation and expansion with alarm and hostility that will certainly undermine the cooperation and coordination needed to meet global challenges.

Another problem lies with the NSS’s choice of resources and methods to achieve its objectives. It speaks of a desire to build a “free, open, prosperous, and secure international order” where people can “enjoy their basic, universal rights and freedoms”.

However, to achieve such a worthy, even noble objective, the US plans to grow its power, amplify its influence through international coalitions, and modernise and strengthen its military. This comes even as the US already spends more on its military than the next nine biggest spenders, all of which — with the exception of China and Russia — are its allies.

In other words, the Biden administration speaks as a healer but acts like a hammer, believing the US could and should act as the world’s policeman, despite a long and bloody history.

And then there are the contradictions between US nuclear modernisation and non-proliferation. The NSS commits to modernise the country’s nuclear Triad and related infrastructure, while at the same time, speaking of verifiable arms control and the global non-proliferation regime.

In other words, the US, like China and Russia, persists in its violation of the Non-Proliferation Treaty that requires nuclear powers to pursue disarmament aimed at the ultimate elimination of their nuclear arsenals. The US insists that Iran must comply with its NPT obligations when it does not.

The same goes for values and interests that do not usually align with foreign policy, especially in the Middle East, where the Biden administration has been shoring up autocracies and rallying them against Russia, all in the name of democracy.

The NSS also commits the United States to proactively integrate Israel into the region, albeit at the expense of Palestinians and Arab rights. It mentions the two-state solution as the better option, but in practice — and unsurprisingly — it panders to Israel.

To his credit, Biden — unlike Trump — does not stereotype or even mention Islam or Muslims in association with al-Qaeda or ISIL (ISIS). And like Obama’s so-called “leading from behind” approach, Biden proposes cooperation and support to trusted partners, shifting from a strategy that is “US-led, partner-enabled” to one that is “partner-led, US-enabled”. And for what it is worth, he also does not mention Ukraine joining NATO, only the European Union.

This is an overly ambitious strategy with major faults and fantasies. It will give comfort to America’s friends looking for protection and support from the benevolent superpower, but will also provide ammunition to America’s detractors regarding its aggressive imperialist agenda.

If, as it has been said, a strategy is an art — the “political art of creating power”, of getting more out of a situation than the balance of power would suggest — this National Security Strategy is a masterpiece. But only in theory.

In practice, it confirms what we’ve known for a millennium: When a rising power challenges a dominant power, it is time to put on the seat belts.

Marwan Bishara, senior political analyst at Al Jazeera, is an author who writes extensively on global politics and is widely regarded as a leading authority on US foreign policy, the Middle East and international strategic affairs. He was previously a professor of International Relations at the American University of Paris.