The Flipside of Zero Net Emissions

More attention needs to be given to negative emissions and more research is needed.

Many countries are committing to reach zero net greenhouse gas emissions by 2050. France, the UK, Sweden, Denmark and New Zealand have all made it legally binding (although New Zealand left a loophole for methane from cows). Now, the EU is debating a law that includes a net zero target for all 27 member countries.  Joe Biden has said, as president, he will commit the USA to zero net by 2050.

In September, President Xi Jinping announced that China would aim to be “carbon neutral” by 2060. This would be a big turnaround for the world’s biggest emitter. It would strand some assets that are almost new. China is good at taking on huge challenges, as we saw with its successful battle with COVID-19.

The main means for countries to cut their emissions are by now clear. They should phase out coal-burning power stations and many powered by gas. Wind and solar will power the new electricity system, the intermittency smoothed by storage in batteries, pumped hydro and a variety of new technologies. (Some countries have nuclear power, hydro or geothermal as well.) Cars and much other road transport will switch to electric power. Buildings will be better insulated, heated with electric heat pumps rather than gas and lit with more efficient lighting. Industries, including agriculture, will move towards lower-carbon approaches. Carbon capture and sequestration will eliminate CO₂ from some oil production and heavy industry.

A lot of emissions will remain. Some coal-fired power stations will still operate. Transition to electric vehicles will not be complete. Most ships will still be powered by oil, although Bloomberg thinks some will use liquid natural gas. More rail lines will be electric, but diesel will still haul many freight trains. Some may use battery-electric power or hydrogen fuel cells. Flying is difficult to decarbonise and will grow as a source of emissions. Barring strong incentives, most aviation fuel will still be based on petroleum. Battery-electric power is likely among lighter planes. Energy use in buildings will increase with economic and population growth. Much will be electric, for instance powering air conditioners. Gas will still be used for cooking, and some gas (and even some oil) for heating. Many parts of industry, such as making steel, cement, petrochemicals and plastics, will only decarbonise slowly.

The amount of greenhouse gases that must be drawn down is not clear at this point, but it will be huge. Analysis for the IPCC in 2018 found the median estimate of carbon dioxide that must be drawn out of the atmosphere by the end of this century to meet the Paris goals is 730 billion tonnes, an enormous figure.

Many ways to withdraw greenhouse gases have been proposed. Most apply to carbon dioxide only.

The simplest and cheapest means is to plant more trees. This is part of New Zealand’s plan. However, the scale must be huge to make much difference. Areas as big as fair-sized countries need to be planted, probably clashing with use of land for agriculture and grazing.

Another idea is to plant crops or trees (or to grow algae) to be harvested and made into biofuels, replacing fossil-based fuels. This is a possible way to replace fossil fuels in aviation. Yet another is to capture carbon dioxide directly from the air and make fuels from it by catalytic reaction with steam, powered by solar energy. A Canadian company, Carbon Engineering, is a pioneer in this. CO₂ could also be captured directly from the air and from there sequestered. A Swiss firm called Climeworks has a pilot plant.

Scientists talk about “enhanced weathering”, where CO₂ reacts with silicate rocks to form carbonates. This might be done in the sea. A variant involves spreading silicate rock powder on farmland where it will weather and add carbon to the soil.

There is interest in seeding areas of ocean with iron to stimulate the growth of algae. This has been shown to work and to drag down substantial amounts of carbon. However, it is one of a class of “geoengineering” ideas that many fear would have serious adverse consequences.

Some of the ways to draw down greenhouse gases are expensive and would only work commercially with a high price on carbon emissions.

More attention needs to be given to negative emissions and more research is needed. The latest Economist said only just over US$80 billion a year is spent on climate research and innovation, by governments, venture funds and energy companies together. This is only about double the R&D spending of a single company, Amazon. It is not enough. 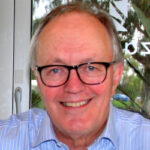